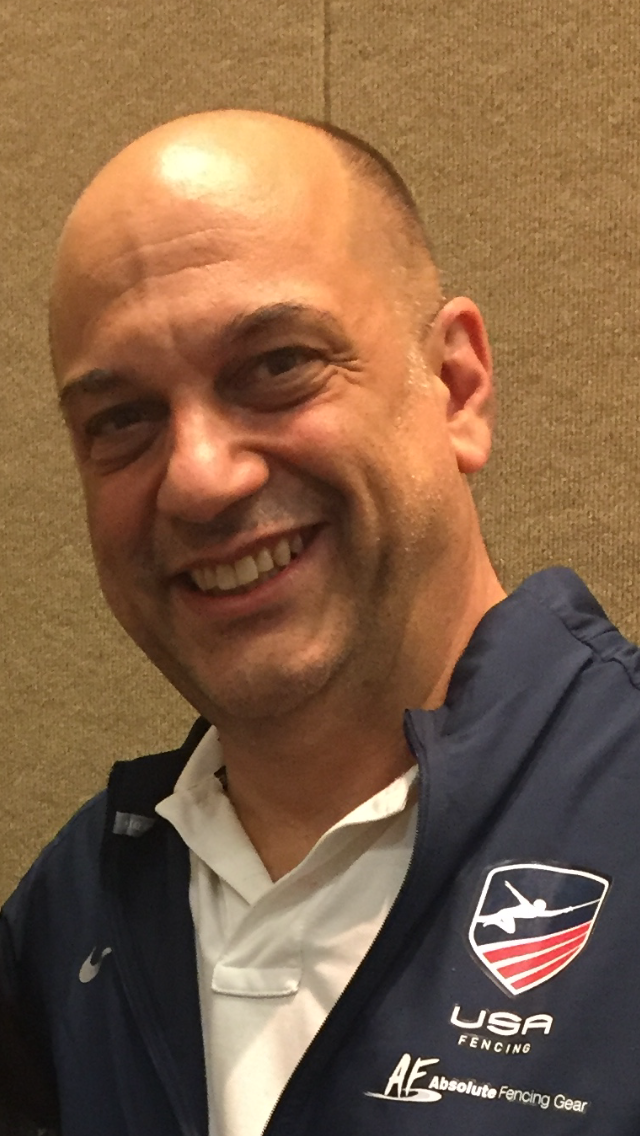 Jeff’s passion for fencing began as a high school and collegiate competitor, grew as a referee and continues to be cultivated in the many roles he engages in as a developmental and elite coach, business owner and manager, tournament organizer and local and national volunteer.

After graduating from Penn State University and completing his competitive career, Jeff founded the fencing club at Ward Melville High School in Setauket, NY. Since becoming a varsity program in 1999, it has been established as one of the pre-eminent high school teams in any sport in New York and throughout the United States. Scores of athletes from this program have gone on to compete as USA Fencing members at the local, regional, national, collegiate and international level.

The success of the program and passion of the community led him to open Mission Fencing Center.   Since it’s founding, Mission has been teaching many of Long Island’s fencing athletes from youth to veterans in all weapons.

In the 13 years of growing the fencing program, facility and tournament operations at Mission, Jeff has piloted many of the IT innovations that have become main stream in tournament operations today. This includes video live-streaming and real time event results.  He has also been a leader in support of the expansion of the Regional Tournament System for the development and recognition of fencing athletes outside the national level along with the establishment of an equitable qualification system to Championship events throughout the country.

Jeff has served on several USA Fencing Task Forces, is a past member of the Tournament and National Team Oversight Committees and was a member of the Board of Directors from 2011-2015.  A volunteer with the Long Island Division as a member of the Executive Committee for over a decade, he is the current president of the Suffolk County High School Fencing Coaches Association.

Jeff’s has been recognized by his peers and the fencing community for his contributions locally and nationally. Among these awards is the 2014 Jack Baker Service to USA Fencing Award, the 2004 Three Village Man of the Year in Sports, 2011 Sports Illustrated “Faces in the Coaching Crowd” and the 2017 USA Fencing National High School Coach of the Year.

Jeff’s mission as vice president is to share his expertise in thoughtful innovation and collaboration.  This has made him a progressive voice for positive growth and change for the association.  His active experience in so many areas combined with his daily interactions with athletes and parents gives him both historical and current perspectives to assist the board in informed decision making.