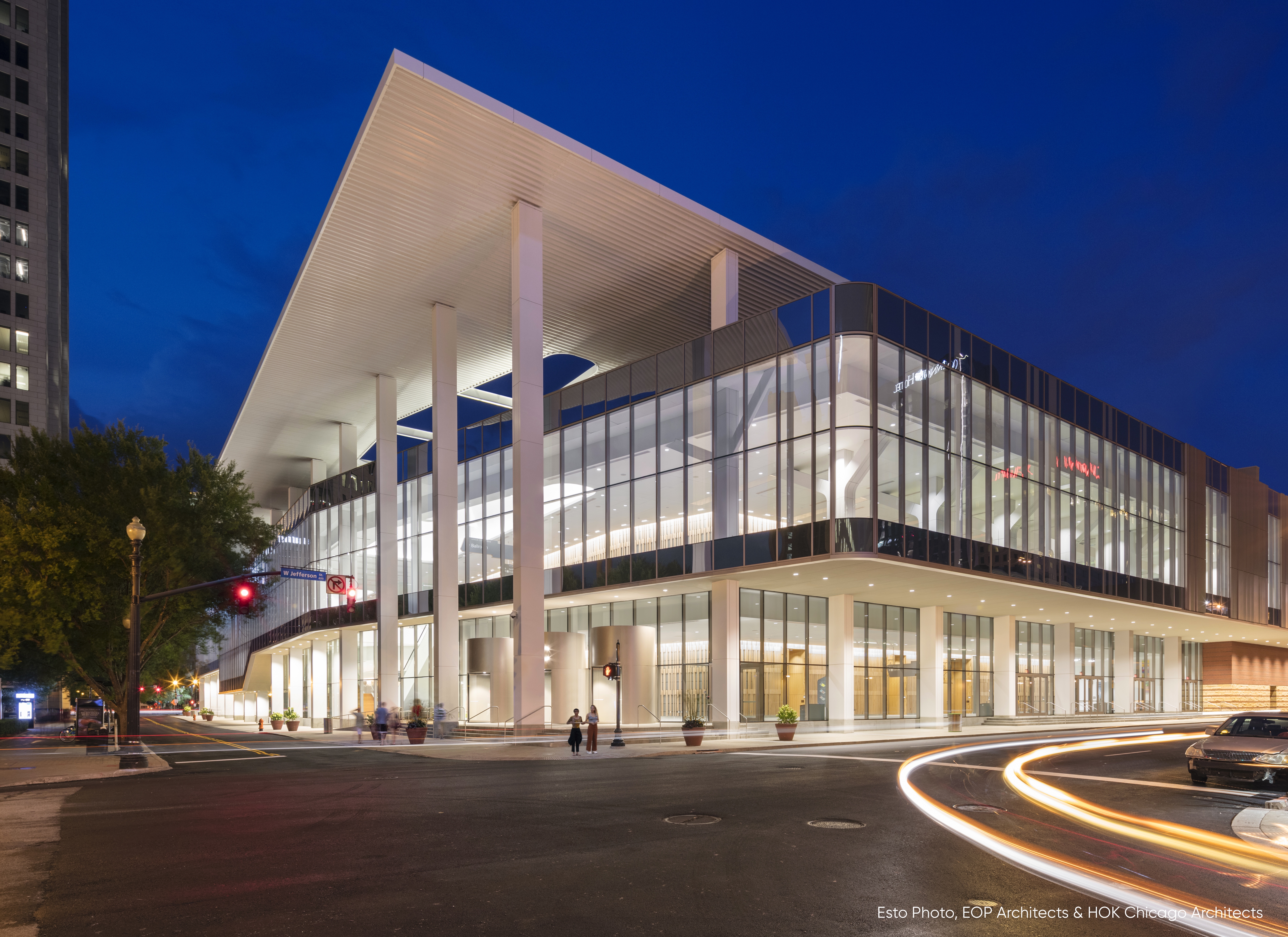 The 2020 Summer Nationals will be held in Louisville at the Kentucky International Convention Center.

(Colorado Springs, Colo.) – USA Fencing is pleased to announce the national events schedule for the 2019-20 season.

National Championship and North American Cup events will be held in eight cities throughout the United States.

The season will open with the October North American Cup in Kansas City, Mo. which will be held from Oct. 18-21 at the Kansas City Convention Center and was home to the 2017 Junior Olympic Championships. The Division I events will see Olympians and hopefuls fence in Kansas City at the first domestic qualifier for the 2020 Olympic Games. The October NAC also will include parafencing and Division II events as well as a cadet (U17) competition which will serve as a qualifying tournament for the 2020 Junior and Cadet World Championships in Salt Lake City.

The circuit will move to the Wisconsin Center in Milwaukee for the November NAC from Nov. 8-11 where junior and cadet athletes will have the opportunity to earn Junior and Cadet World Team qualification points and Y14 fencers will compete in their first national event of the season.

In December, athletes will return to Salt Lake City – the host city for the 2018 USA Fencing Division I and Wheelchair National Championships. From Dec. 6-9, competition will be held at the Salt Palace Convention Center which served as an Olympic venue during the 2002 Olympic Games. Olympic hopefuls will return to battle for qualification points as veteran athletes (ages 40+) will compete in five age categories with 2020 Veteran World Team qualification points on the line in the 50-59, 60-69 and +70 events. Competition also will be held in Division II and senior team events.

Charlotte will welcome fencers from around the world to the January North American Cup from Jan. 3-6, 2020 as the penultimate domestic event before the 2020 Junior and Cadet World Team and 2020 Olympic Teams are named. Division I, junior and parafencing athletes all will compete at the Charlotte Convention Center with competition also taking place in the senior team events.

The three-time host of USA Fencing’s Summer National Championships, Columbus will be home to the Junior Olympic Championships for junior and cadet fencers in individual and team events from Feb. 14-17, 2020. The Junior Olympics will serve as the final domestic qualifier for the 2020 Junior and Cadet Worlds with competition to take place at the Greater Columbus Convention Center.

From March 20-23, the Parafencing National Championships and NAC will be held in conjunction with the NCAA Fencing Championships at the Cobo Convention Center in Detroit. National Champions will be crowned in parafencing just two months before the 2020 Paralympic Team is named in May. Division II and youth fencers (Y10, Y12, Y14) will compete in Detroit and have the opportunity to watch the best collegiate fencers in the nation during NCAAs from March 19-22.

The season will conclude with the USA Fencing National Championships and July Challenge taking place in Louisville at the Kentucky International Convention Center from June 28-July 7. More than 5,000 athletes are expected to compete in the world’s largest fencing tournament where 90+ gold medals will be awarded to athletes ranging in age from 8-80+.