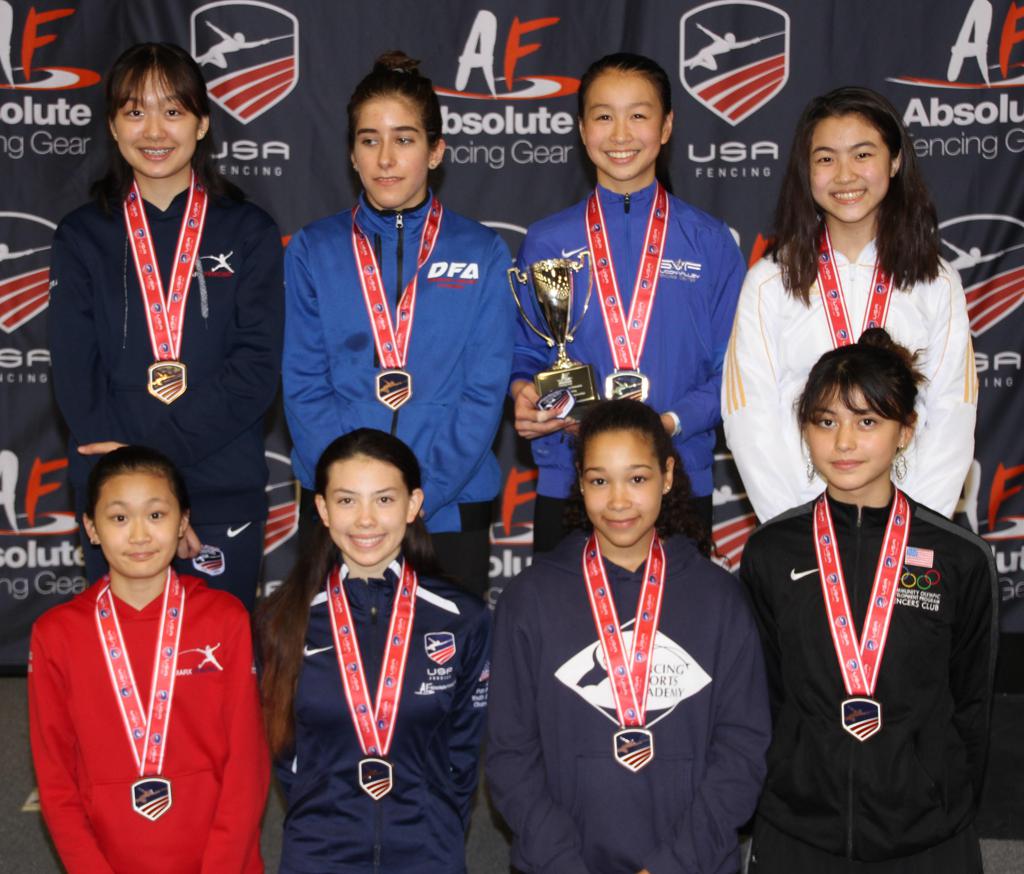 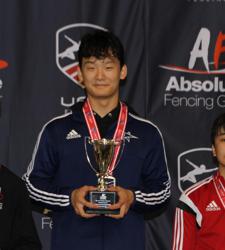 Also the first gold for both on the North American Cup circuit, Qian started the women’s foil event perfect in pools at 6-0 to take the fifth seed and a bye into the table of 128.

After a 15-10 victory over Sophia Shen (Lexington, Mass.), Qian guaranteed a medal by edging out Ariadna Tucker Alarcon (Fairfax, Va.), 15-13.

A place in the final would require come-from-behind from Qian. Down 8-1 and 14-11, Qian scored four straight touches to outtouch Alexandra Jing (West Roxbury, Mass.), 15-14.

With the gold medal final also going down to the wire and going into overtime tied at eight, Qian jumped quickly jumped of her line to clinch the winning touch over Juliana Hung (San Francisco, Calif.), 9-8.

“It’s amazing. I didn’t know I’d be able to win the national championship,” Qian said. “[In the final], I just went for it. I just took a risk and it paid off.”

Ma’s closest bout of the day came in the semifinals where he outtouched Lawson, 15-14.

“I was just listening to my coach,” Ma said. “I stayed disciplined and didn’t do any stupid things I didn’t need to be doing.”

To reach the 16, Jayasekara overcame Rafferty Pegram (Towson, Md.), 15-14. A 15-12 victory over Lucas Bolton (Washington, Pa.) gave Jayasekara a place in the quarter-finals, where he secured a medal with a quick 15-7 victory over Dylan Song (Irving, Texas).

In the semifinals, Jayasekara edged out Leo Lombardi (Berkeley, Calif.), 15-12, and took gold with a close 15-14 victory over Nicholas Saccoccio (Lynbrook, N.Y.)

With a 15-6 victory over Amir Chambers (Upper Marlboro, Md.), Travers reached the quarter-finals. There he overcame Logan Wesler (Portland, Ore.), 15-12, and then defeated Desai by the same score to earn a place in the gold medal final.

Travers held Brar to single digits at 15-9 to take the top step of the podium.

In the table of 16, Ketkar needed a clutch effort and came through, outtouching Claire Norconk (Williamburg, Mich.), 15-14.

One win from a medal, Ketkar bested Devon Belsley (Chicago, Ill.), 15-9, and moved into the final with a 14-11 victory over Lauren McCutchen (San Antonio, Texas).

Thursday also marked the final day of the veteran events with golds given out in the team women’s saber and team men’s foil events.

Victorious Secret, composed of Kate Sierra (North Richland Hills, Texas), Laura Johnson (Silver Spring, Md.), Clare Deming (Garwood, N.J.) and Leigh Altman (Keller, Texas), won gold, defeating Moms I’d Like to Fence in the quarters, 45-22, and All That and a Bag of Fun in the semis, 45-24.

In the semifinals, Wildlife Fencing overcame FAT Dragons 2, 45-28, and the team went on to take gold, 45-33, over Fencers Club.