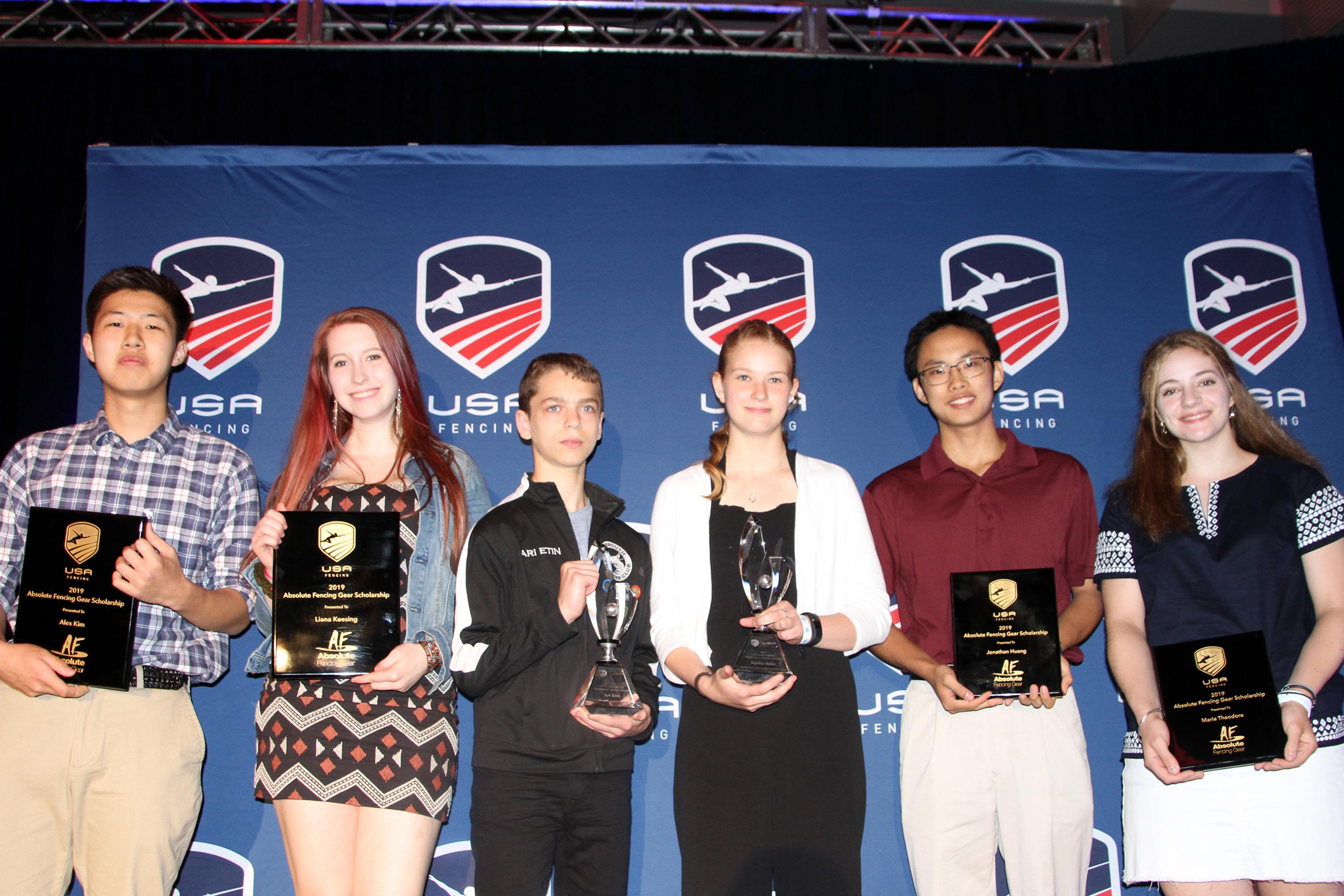 (Colorado Springs, Colo.) – USA Fencing is pleased to recognize nearly 800 student-athletes for their outstanding achievements in the classroom as members of the 2018-19 USA Fencing All-Academic Team.

A total of 677 athletes were named to the First Team with 87 on the Second Team and 31 qualifying for the third team with athletes recognized during a ceremony at the USA Fencing National Championships and July Challenge in Columbus.

Seven members of the 2019 Junior and Cadet World Team received All-Academic honors, including:

The Connor Porter Memorial Scholarship was awarded to two young fencers in rising sophomore Sophia Boles (Burnsville, Minn. / Twin Cities Fencing Club / Eagle Ridge Academy) and 12-year-old Ari Etin (Cary, N.C. / Mid-South Fencers Club). The Connor Porter Memorial Scholarship was created through the generosity of the Porter family in 2013 following the passing of Connor who passed away in 2012 in a plane crash with his father, Pat, and another friend shortly after winning bronze at the Division III National Championships that year.

This year’s All-Academic Team members included 21 fencers who earned First-Team honors for all four years of high school and will be attending the following prestigious universities in the fall: