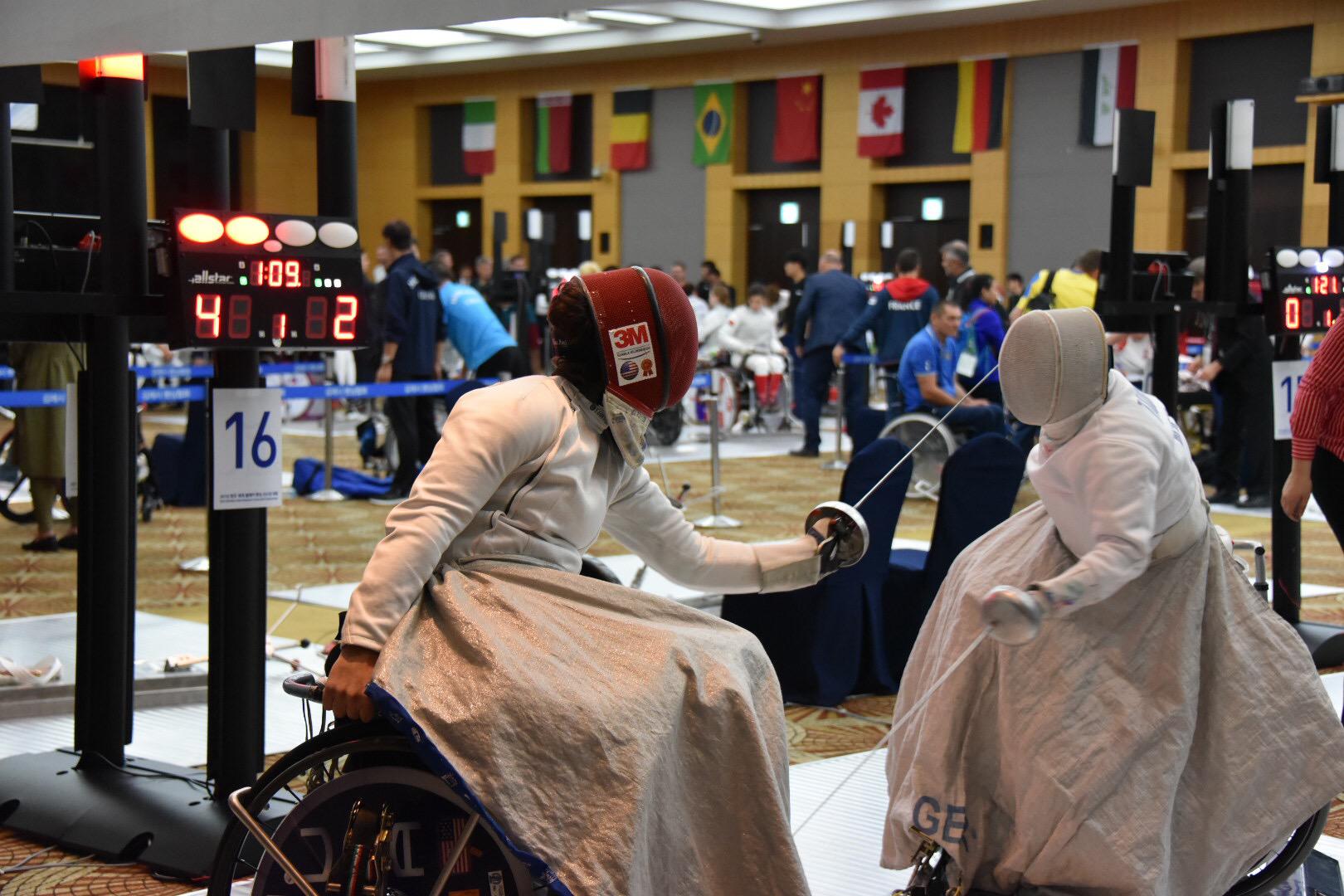 Geddes came out of the gate strong, going 5-0 in pools to take the No. 5 seed and earn a bye into the table of 16.

Geddes faced two-time Paralympian and 2011 Wheelchair World bronze medalist Tetiana Pozniak (UKR) and kept the bout tight, but fell by a point, 8-7. Her ninth-place result puts Geddes into the 12th place position in the Paralympic Qualifying Rankings and the top fencer from either the American or African Zone in the rankings. The top fencer from those two zones at the conclusion of the Paralympic qualification period in May will earn a spot in Tokyo as long as he or she is ranked among the top 25 overall.

Fencing at her first Worlds, Victoria Isaacson (Poughkeepsie, N.Y.) went 2-4 in pools in the Category A women’s foil competition. However, in the table of 32, Isaacson lost to 2017 World silver medalist Eva Andrea Hajmasi (HUN), 15-2. Hajmasi went on to win her second straight silver at a World Championships.

Shelby Jensen (Salt Lake City, Utah), who also made her Worlds debut, and 2012 Paralympian Catherine Bouwkamp (Fishers, Ind.), who made her return to competition for the first time since 2014, had their day ended after pools with 1-5 and 0-6 records, respectively.

Jensen still remains the highest-ranked American or African fencer in the Paralympic Qualifying Rankings for the event at No. 27 with Isaacson at No. 31.

Five-time Paralympian in swimming and fencing Curtis Lovejoy (College Park, Ga.) competed in Category B since Category C is not contested at the Paralympic Games. In the men’s foil event, Lovejoy went 0-5 in pools and was eliminated.