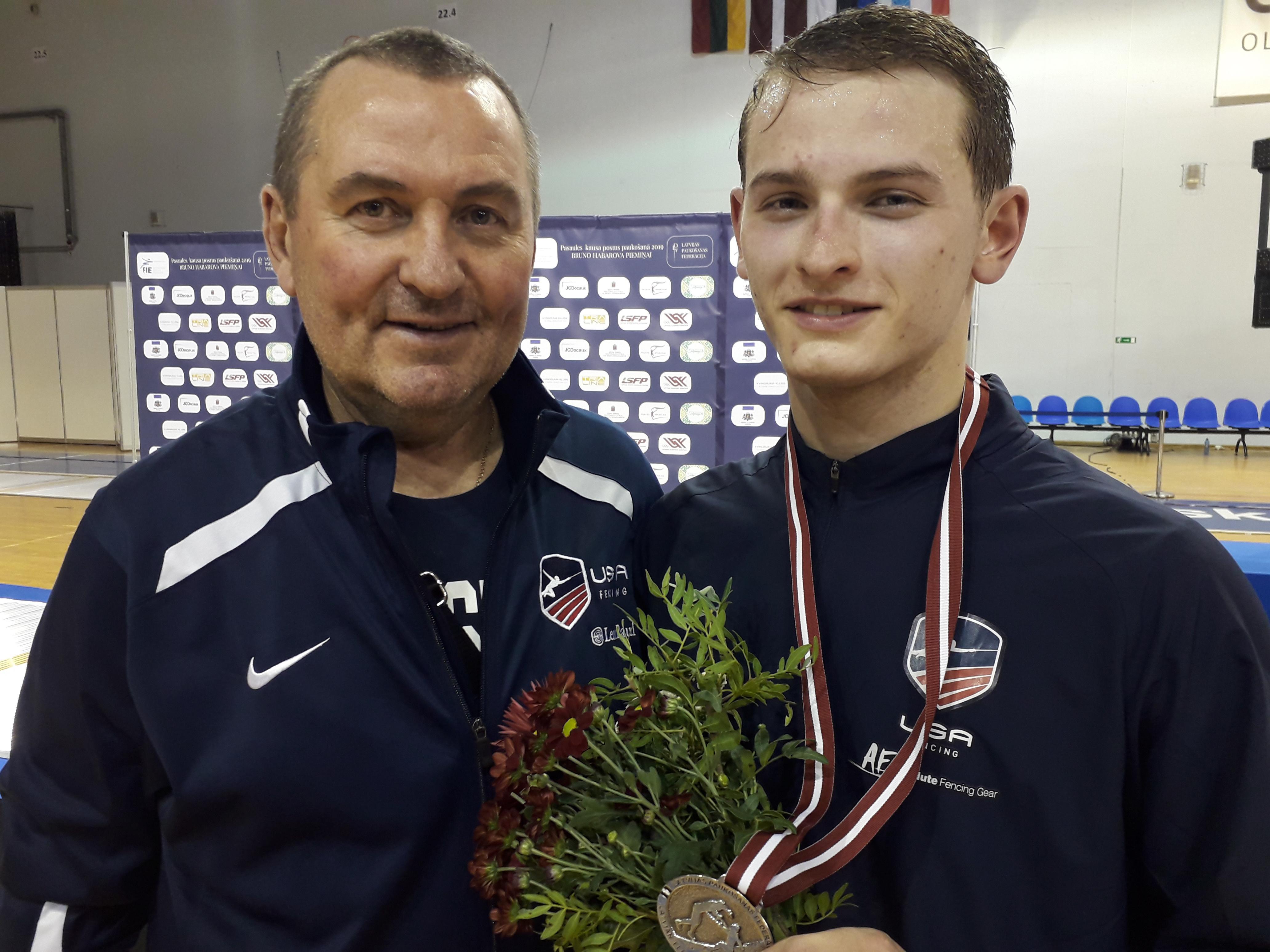 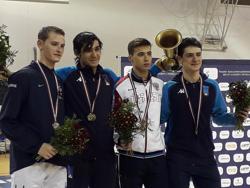 The 2018 Pan American Junior Team Champion went 6-0 in pools and 6-1 in the direct elimination rounds at the first Junior World Cup of the season.

In the semifinals, Griffiths overcame Riccardo Masarin (ITA), 15-13, to earn a place in the gold medal match, but came up short to 2017 Cadet European Championship bronze medalist Giulio Gaetani (ITA), 15-8.

With the silver, Griffiths advanced to No. 2 in the USA Fencing Junior Men’s Epee Rolling Point Standings as he seeks to qualify for his first Junior World Team in 2020.

Timothy Frank (Portland, Ore.) also made a jump in the Rolling Point Standings, moving from No. 10 to No. 4 with his top-16 finish.

Frank reached the table of 64 with two 15-11 victories over Barat Guliyev (AZE) and Bohdan Kyrda (UKR).

In the team event on Sunday, Team USA took fourth.

Team USA’s margin of victory was even bigger in the quarter-finals with the United States besting the Czech Republic, 45-25. The Americans won or tied the first eight bouts, including two 5-0 sweeps from Griffiths, who was +13 on the match.

After a 45-29 loss to Italy in the semifinals, Team USA faced Germany in the bronze medal match. Down 37-25 going into the ninth, Piskovatskov won the anchor bout, 16-8, but the deficit was too much to overcome and the United States finished fourth with a 45-41 loss.