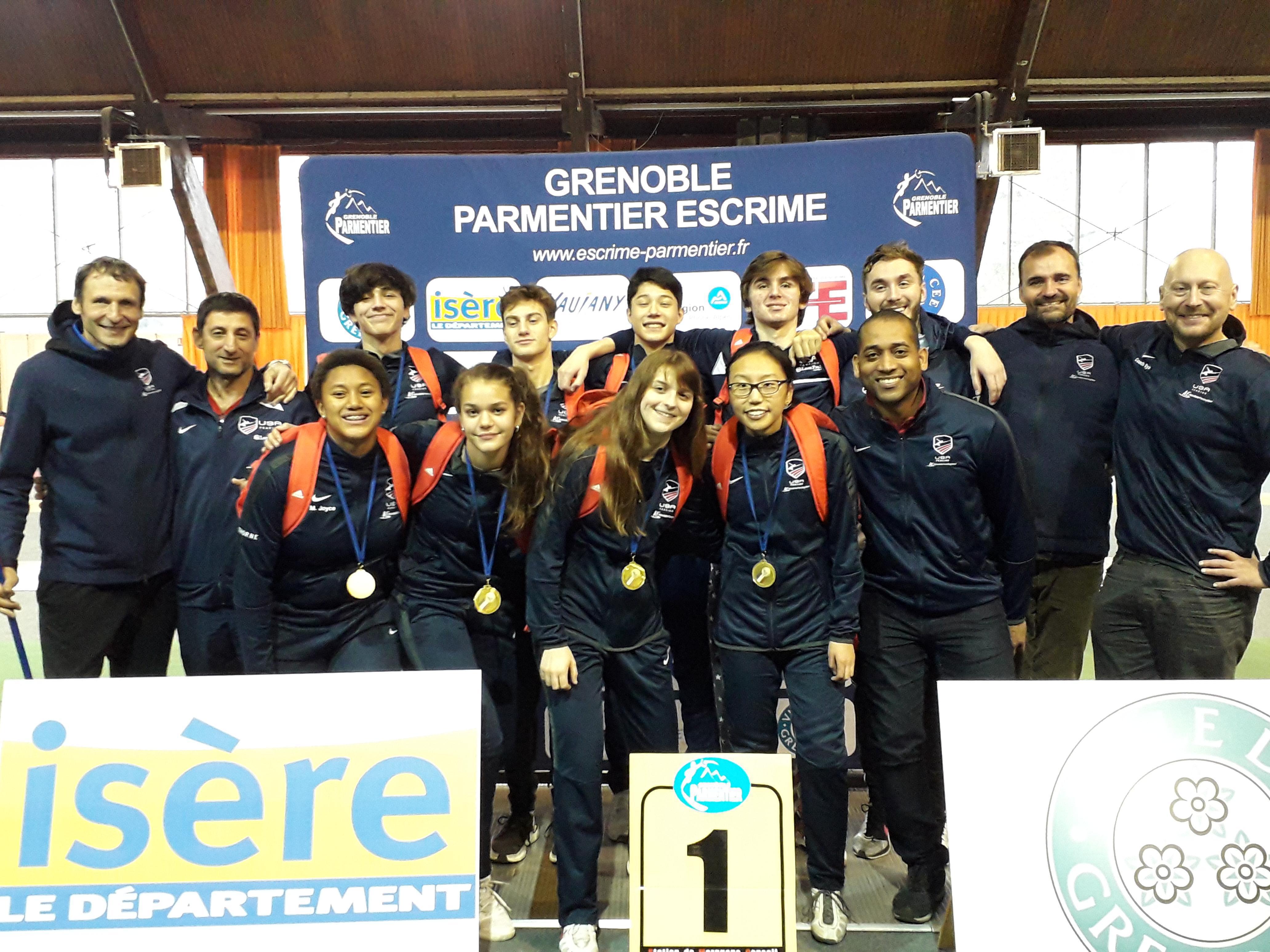 Undefeated on the day at 6-0 in pools and 7-0 in the direct elimination rounds, Park led Team USA out of pools as the No. 5 seed and received a bye to the table of 128, where she bested Marianne Hequette (FRA), 15-9.

In the final, Park made her first Cadet European Cup medal a gold with a 15-12 victory over Iulia Polozova (RUS). With the victory, she also moves up three spots to No. 2 in the USA Fencing Cadet Women’s Épée Rolling Point Standings behind Michaela Joyce (Sterling, Va.)

After outtouching Juliette Baudinot (FRA), 15-14, Gandhi came within one win of a medal, giving up just four points to top-seeded Gabriela Trousse (EST), 15-4.

A 15-13 victory over Elea Jouve (FRA) guaranteed Gandhi a medal, but the run came to an end in the semifinals with the loss to Park.

Hadley Husisian (Oakton, Va.), who ranks No. 3 in the Rolling Point Standings, claimed a top-eight result in France.

Husisian secured a place in the quarter-finals with a 15-5 victory over Amelia Wu (Fresno, Calif.), but lost by the same score to the eventual silver medalist Iulia Polozova (RUS).

Husisian, Park, Joyce and Yasmine Khamis (Mckinney, Texas) represented USA 1 in the team event with Joyce anchoring for three of the four matches.

The quarter-finals was the squad’s closest bout of the day with USA 1 winning, 45-36. The United States won the first three bouts for a 15-8 lead and never looked back, earning a berth in the medal rounds.

With Park coming in as anchor for Joyce in the semifinals, the Americans led Russia 1 23-19 going into the sixth round. Team USA won the next three bouts, including a 5-0 shutout from Joyce, to go on to win, 45-32.

Again up by four going into the sixth at 25-21, the United States won the final four bouts, including an anchor victory by Joyce, to take gold over Germany 1, 45-29.

Fencing for gold, the United States fell into an early 20-12 hole against Switzerland 1. Pulling within two by the start of the ninth, Weiss won the anchor bout, 7-3, to clinch a 45-31 win and the top spot on the podium.

Starting a perfect 5-0 in pools, Lawson posted a 15-8 victory over Jeremy Ramuz (SUI) in the table of 128 before claiming three 15-11 wins over Hal Jones (GBR) as well as teammates Lavenstein and Ryan Lee (Arcadia, Calif.)

However, Lawson came one point shy in the quarters, losing 15-14 to Theo Brochard (SUI), who went on to win gold.