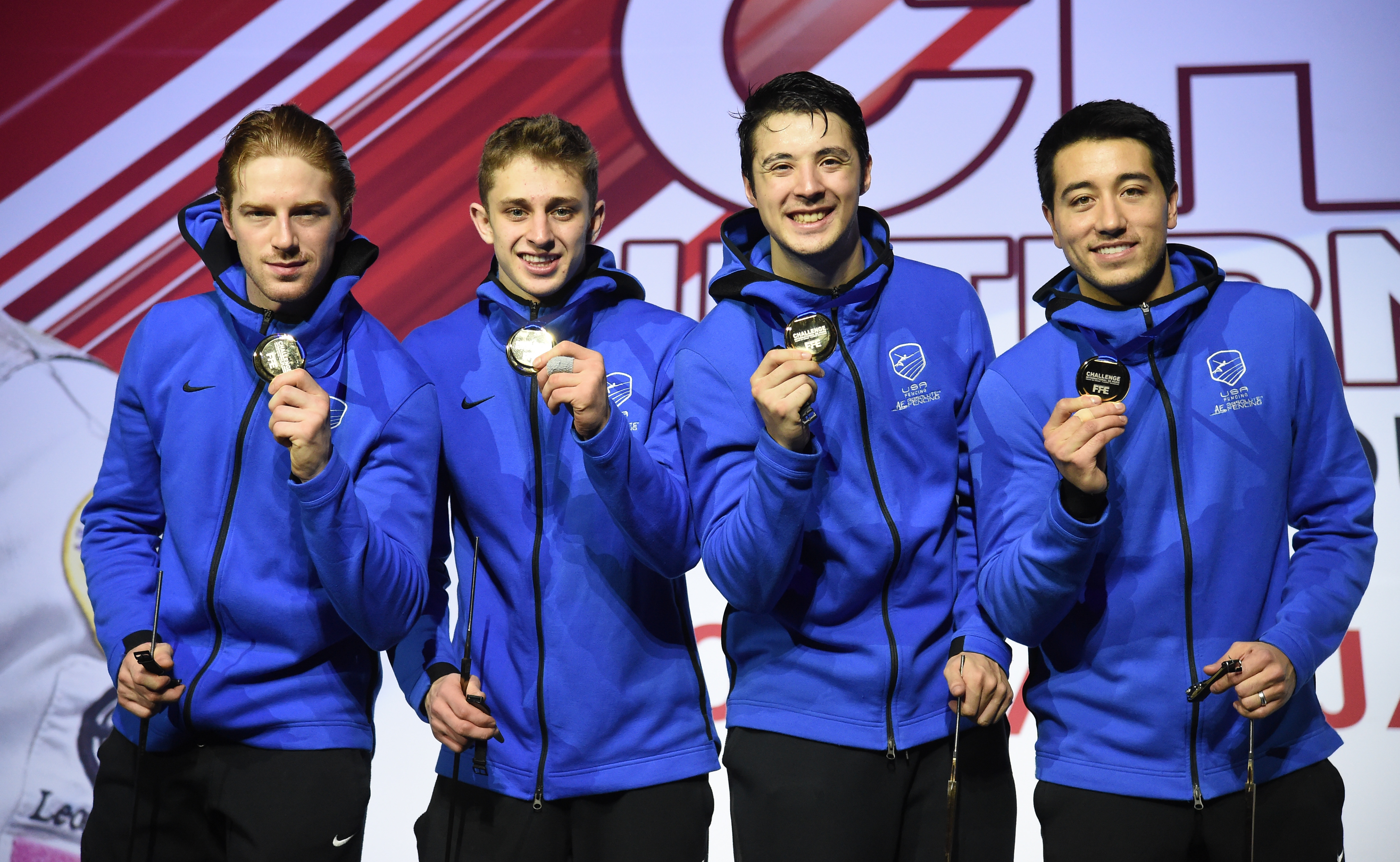 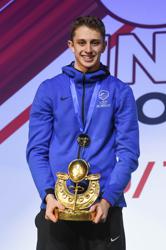 At the first World Cup of 2020 – a year in which Itkin hopes to make his first Olympic Team – Itkin clichéd his first gold on the World Cup circuit, his second medal of the Olympic qualifying season after earning silver at the Shanghai Grand Prix last May.

Now No. 5 in the World Rankings, his highest mark as a senior, the 2018 Junior World Champion extended his lead in the USA Fencing Men’s Foil Team Point Standings with three months until the Olympic Team is named in St. Louis.

Winning in Paris, the gold comes in a location where Team USA has seen consistent success. A U.S. fencer has stood on the podium in six of the last seven years with multiple medals won by 2016 Olympic team bronze medalists Alex Massialas (San Francisco, Calif.), Race Imboden (Brooklyn, N.Y.) and Gerek Meinhardt (San Francisco, Calif.) – all of whom Itkin joined on Sunday to win team gold, the squad’s eighth podium finish in Paris in the team event dating back to 2013.

On his way to winning the individual title, Itkin overcame both the reigning World and Olympic Champion, going 6-0 on the day.

The 20-year-old and two-time NCAA Champion at Notre Dame who is taking a gap year to pursue his Olympic dreams came back from a 10-6 deficit in the table of 64 to defeat 2016 Olympic team silver medalist Jeremy Cadot (FRA), 15-12.

Itkin then finished on a 4-1 run to claim a 15-10 victory over four-time Senior World Team member Andre Sanita (GER) in the table of 32.

One win away from a medal, Itkin fenced 2016 Olympian Alexander Choupenitch (CZE), who had just upset World No. 1 Alessio Foconi (ITA) in the 16. Itkin jumped out to a 7-1 advantage, but Choupenitch came back to tie the bout at eight. Going on another run to go up 12-9, Itkin went on to win, 15-13, in his closest bout of the day.

With his third career medal on the Senior World Cup circuit guaranteed, Itkin fenced the reigning World Champion and World No. 3 Enzo Lefort (FRA). Although Lefort had the support of the home crowd, with the score at 6-5, Itkin rallied for six straight points to take a 12-5 lead. Lefort closed the gap to three at 13-10, but Itkin held strong, securing a spot in his second-ever final on the circuit with a 15-12 victory.

Going for gold against the reigning Olympic Champion in Daniele Garozzo (ITA), Itkin came out strong. After building a 6-1 lead, Garozzo never got any closer than three points as Itkin clinched the gold and his best-ever finish on the circuit.

With the win, Itkin widened his lead in the Team Point Standings, leading Massialas, who ranks second, by nearly 1,800 points.

In the table of 32, Massialas used a 7-1 run to end the bout, cruising to a 15-6 win over two-time Junior World team medalist Kenta Suzumura (JPN).

The table of 16 saw Massialas face 2014 World Champion Alexey Cheremisinov (RUS). With the score even at seven, Cheremisinov went on a 6-1 run and held the lead for a 15-10 win.

A three-time Olympian who ranks No. 3 in the Team Point Standings, Meinhardt ended his table of 64 bout against 2019 Junior World silver medalist Vladislav Mylnikov (RUS) on a 10-2 run for a 15-7 victory.

In the table of 32, Imboden fell into a 12-7 hole against two-time Junior World Team Champion Anton Borodachev (RUS). Down 14-10, the two-time Olympian fought back within one, but came up short, 15-13.

Massialas, Meinhardt and Imboden, who ranks No. 4 in the Team Point Standings, are all currently separated by fewer than 1,000 points. Imboden currently leads Miles Chamley-Watson (New York, N.Y.), who ranks fifth and earned his first top-64 finish of the season in Paris, by more than 2,000 points.

Also finishing in the top 32 was Adam Mathieu (Brooklyn, N.Y.) After advancing to Day 2 by going 5-0 in pools, Mathieu outtouched 2018 World team bronze medalist Timur Arslanov (RUS), 15-14. Up 11-6, Arlanov came back to tie the score at 11. Close until the end, Mathieu came out with the decisive touch to ensure his best result of the season.

In the table of 32, Matheiu drew Foconi. Although the score was tied at six early in the bout, Foconi overpowered Mathieu for a 15-9 victory.

In the team event on Sunday, Team USA returned to the top of the podium with the team’s second gold this season and fifth gold in Paris in the last eight years. With medals at all three World Cups, the United States continued its international winning streak, taking its 21st consecutive international podium finish.

With a bye to the table of 64 as the No. 1 team in the world, Team USA breezed through its first three matches.

Down 15-12 after three rounds in the quarter-finals, the United States won or tied the remaining six bouts for a 45-29 victory over Japan. Massialas tallied a +10 indicator for the Americans.

Led in the semifinals by Imboden, who went +10 on the match, Team USA only dropped one bout and clinched a place in the final with a 45-27 win against Hong Kong, 45-27.

Fencing Italy in the final, the Italians came out as the aggressors, building a 15-7 lead after the first three bouts. But Imboden responded in the fourth, 9-3, to bring the United States within two. Still down two at 25-23 entering the sixth, Team USA stole the momentum as Massialas won the sixth, 7-1, to give Team USA a 30-26 advantage and Itkin won the seventh, 5-1, to extend the U.S. lead to eight. Imboden pushed the Americans lead to 11 entering the ninth and Team USA went on to win gold, 45-36.

Following the win, Team USA remains No. 1 in the world with France and Italy in second and third, respectively.