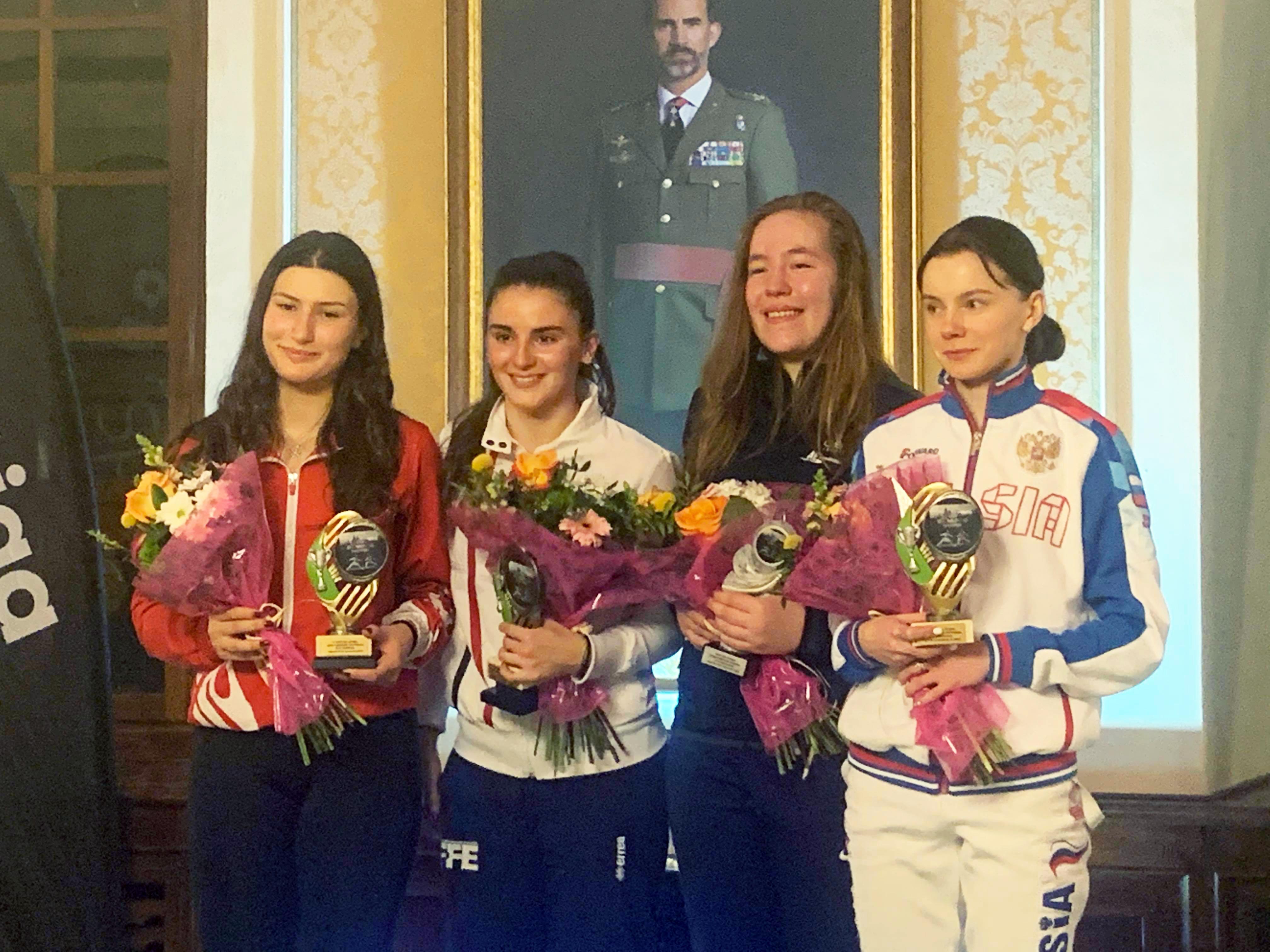 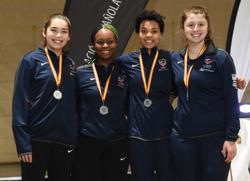 Taking the bronze at her first Junior World Cup of the season, Fox-Gitomer went 5-1 in both pools and the direct elimination rounds.

In the table of 16, Fox-Gitomer faced Zuzanna Cieslar (POL), a three-time Junior World Team member who won silver at the Segovia World Cup in 2019. After narrowly edging out Cieslar, 15-14, Fox-Gitomer secured a medal with a 15-7 victory over her teammate and two-time Junior World team medalist Liz Tartakovsky (Livingston, N.J.)

In the semifinals, Fox-Gitomer missed out at a chance to fence for gold by one point, falling, 15-14, to 2019 Senior World Team member Nisanur Erbil (TUR), who entered the tournament ranked in the top 10 in the FIE Junior World Rankings.

Tartakovsky started the direct elimination rounds with two 15-4 victories over Emma Neikova (BUL) and Kelly Lusinier (FRA) to advance to the table of 32.

With a bye to the table of 64 after going 5-1 in pools, Burke defeated Anna Smirnova (RUS), the bronze medalist at the Sochi Junior World Cup earlier this season, 15-11.

However, in the quarter-finals, Burke came out on the losing side of a 15-14 bout to three-time Junior World Team member Anne Poupinet (FRA), who went on to win gold.

Bronze medalists at the 2019 and 2018 Cadet Worlds, respectively, Honor Johnson (Bethesda, Md.) and Alexis Anglade (Alpharetta, Ga.) are fourth and fifth in the standings as aim to compete at the Junior Worlds for the first time. Tori Johnson (Peachtree City, Ga.), a silver medalist in team at the 2018 Junior Worlds with Fox-Gitomer and Tartakovsky, is currently ranked sixth.

Entering as the No. 8 seed, Team USA didn’t drop a bout in its opening match, cruising past Ukraine, 45-25. Burke led the Americans with a +11 indicator with Johnson anchoring the squad.

In the quarter-finals, the United States faced a 10-3 deficit after two rounds, but Tartakovsky – who went +13 on the match – won the third, 12-4, to give Team USA a 15-14 advantage. Italy regained the lead in the fourth, 20-17, but the Americans won the final five bouts and Johnson anchored the 45-32 win.

Down three against Russia in the semifinals going into the eighth, Tartakovsky won her bout against Shorokhova, 8-1, giving Team USA a four-point lead going into the final bout where Burke anchored against 2018 Cadet World bronze medalist Alina Kliuchnikova. Burke held off Kliuchnikova and closed the bout with a 45-43 win as Team USA advanced to the gold medal final.

Tartakovsky tallied her second double-digit indicator of the day in the semis at +10.

In the final, Team USA couldn’t hold on against Hungary as it lost, 45-27, to the defending Junior World Champions.