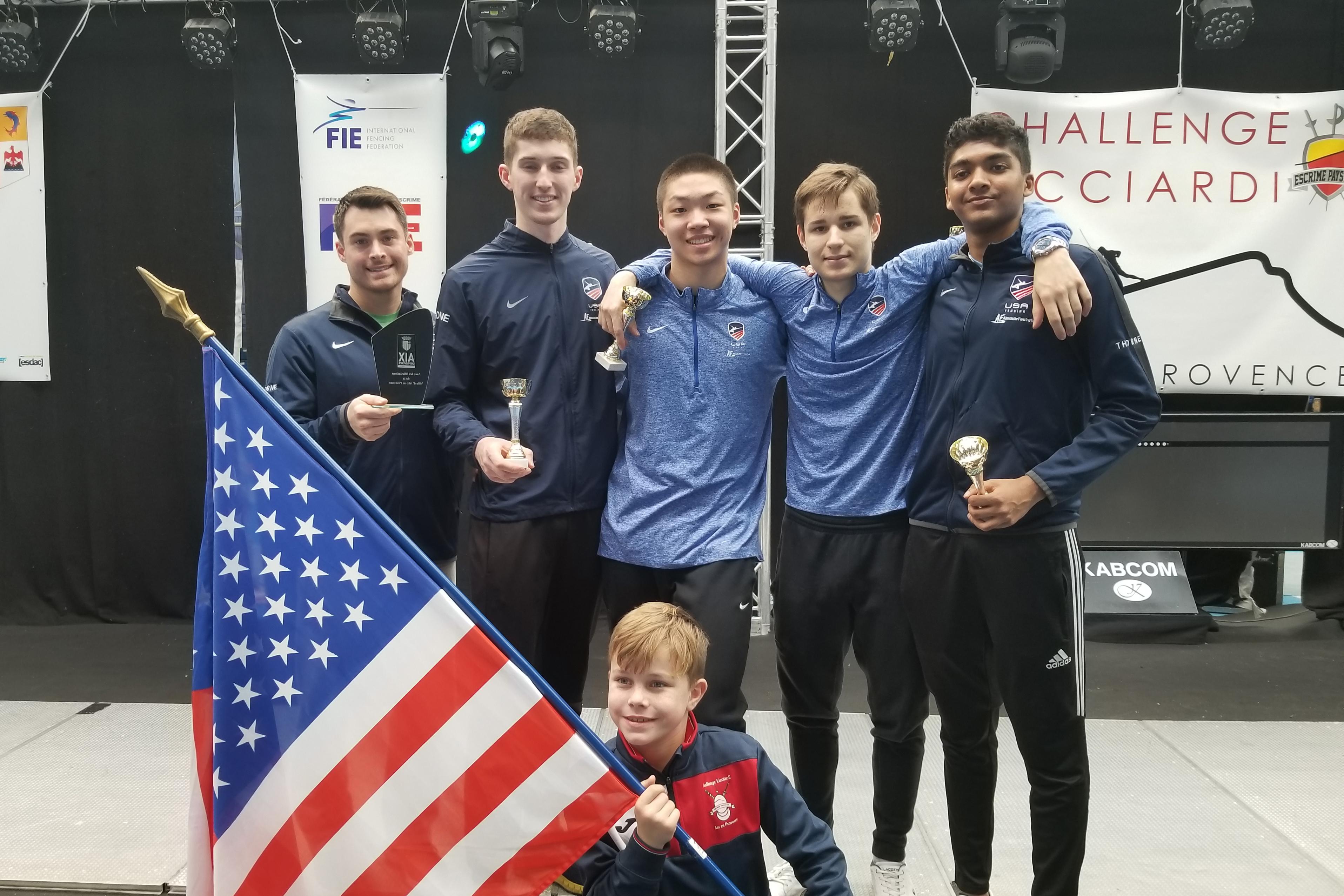 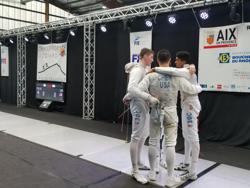 In its opening bout in the table of 16, Team USA won or tied eight of the nine bouts with Machovec anchoring the squad and tallying a +8 overall indicator for a 45-26 victory over Australia.

Down 5-2 after the first bout in the quarters against Egypt, Olivares won the second, 8-0, and the United States won five of the next seven rounds with Olivares anchoring the squad to a 45-33 win.

Fencing No. 1 seeded France in the semifinals, Team USA faced a 10-8 deficit after two bouts, but won or tied the next six and Machovec anchored the squad’s 45-32 win. Olivares led Team USA with a +8 indicator.

In the final against Italy, the Americans built a 5-2 lead after the first round, but the Italians couldn’t be contained and took the match, 45-27.

Bravo, the 2018 Cadet World Team Champion who currently ranks No. 9 in the FIE Junior World Rankings, went 6-0 in pools to earn a bye to the table of 128, where he cruised past Szymon Pichlacz (POL), 15-6.

Machovec, who won silver at the Bangkok Junior World Cup earlier this season, went 5-1 in pools and easily controlled his table of 128 bout against Julien Eberhardt (FRA), 15-5.

With his top-16 finish, Machovec moved up into second behind Olivares in the USA Fencing Junior Men’s Foil Team Point Standings. Chen ranks third with Chase Emmer (Morristown, N.J.) in fourth and Daniel Zhang (Belmont, Mass.) in fifth, trailing Emmer by fewer than 300 points. Bravo jumped up to sixth and sits fewer than 625 points out of fourth.