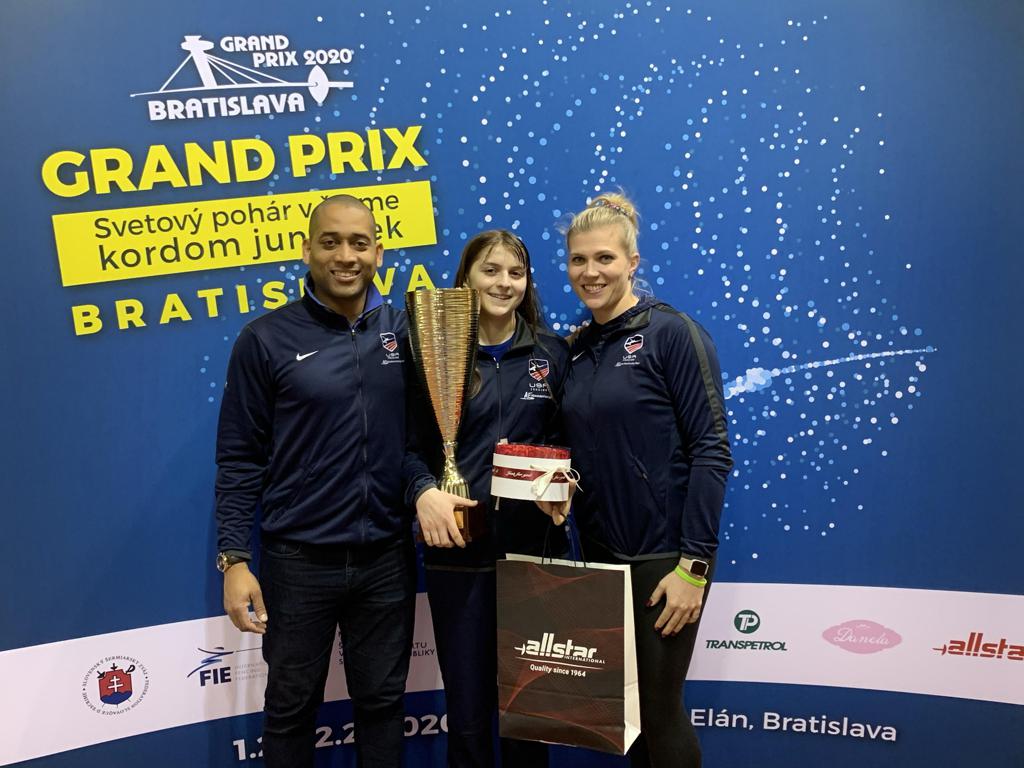 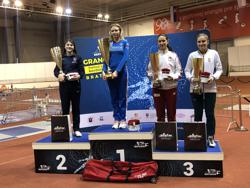 Husisian started her day 6-0 in pools to take the No. 1 seed and a bye to the table of 128, where she defeated two-time Junior World Team member Sofiya Nikolaichuk (KAZ), 15-11.

In the table of 16, Husisian outtouched her teammate, Michaela Joyce (Sterling, Va.), 15-14, to advance to her first quarter-finals at a Junior World Cup.

However, Husisian wasn’t done there. The 16-year-old cruised past 2018 Youth Olympic Games Team member Kinga Dekany (HUN), 15-5, to guarantee a medal and edged out Laura Katalin Wetzker (HUN), 15-13, to earn the chance to fence for gold.

The result was enough to punch Vermeule’s ticket to Salt Lake City as a member of the Junior World Team. Husisian jumped up from seventh to second in the USA Fencing Junior Women’s Épée Team Point Standings.

With the four members of the Junior World Team being named after the Junior Olympic Championships Feb. 14-17, Joyce ranks third followed by Jaclyn Khrol (Brooklyn, N.Y.) The race for the final spots is tight with less than 300 points separating the fourth and eighth place fencer.

Husisian also moved up to first in the cadet women’s épée standings and locked her place on the Cadet World Team. Faith Park (Lorton, Va.) sits in second and Joyce is in third. Khrol ranks fourth, trailing Joyce by fewer than 350 points.

The United States rebounded to win its next two matches, defeating Colombia and the Czech Republic.

Team USA only dropped one bout to overcome Colombia, 45-34. Joyce led Team USA with a +7 indicator.

Down 5-2 to the Czech Republic, the Americans won the next two bouts, 13-6, to take a 15-11 lead. That lead dwindled to one point after the fourth and the Czech Republic kept it close going into the final three rounds, just down two, but Team USA held strong for a 45-41 victory.

In its final match of the day, the United States lost its second match of the day by a point. Down 19-12 to Estonia to start, Team USA came back to take a 32-31 lead with two bouts remaining. However, Estonia won the eighth, 9-7, and that would be enough to hand Team USA a 45-44 loss.