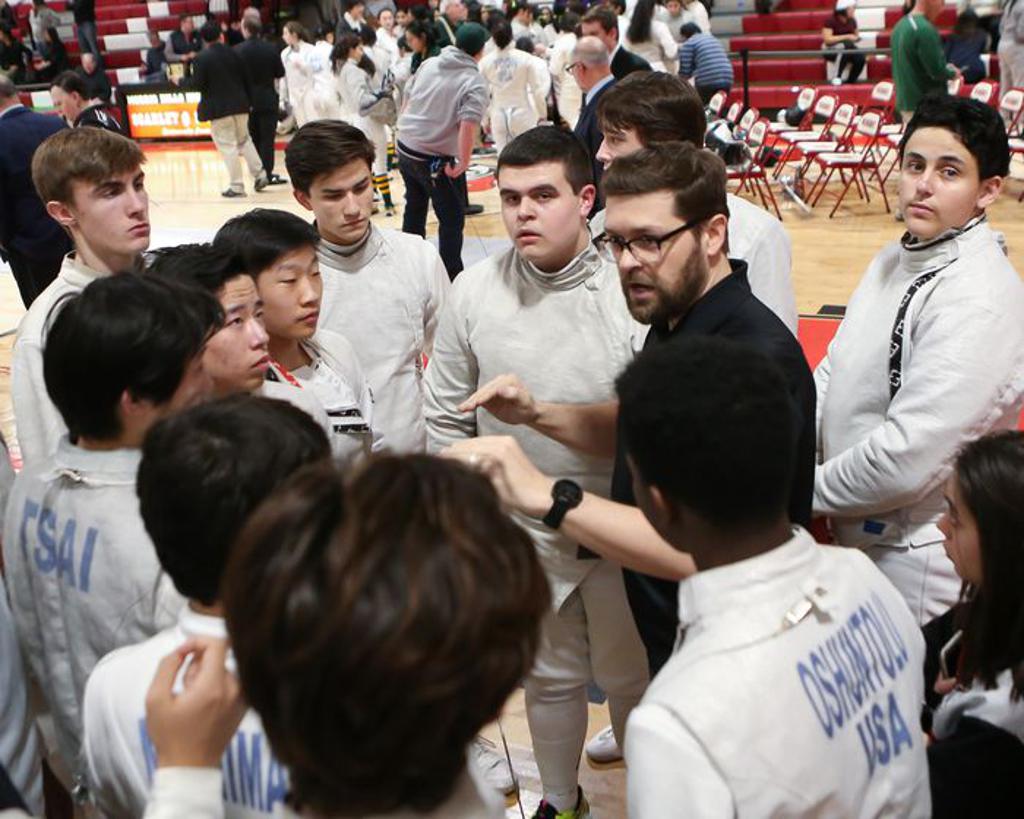 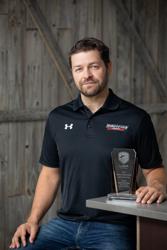 Nominated by four of his athletes, Bailey-Yavonditte led the Newark Academy boys fencing team to the state championship in his second year with the team, marking the school’s first-ever Team Tournament title.

“It’s just an honor to be nominated. New Jersey has so many committed and talented high school coaches. To be selected out of the country’s coaches is pretty amazing.” Bailey-Yavonditte said. “I really enjoy working with high school students as a coach. That they thought well enough of their experience to nominate me is amazing. It’s their effort that makes the team what it is. It’s their hard work, their willingness to put the work into their individual fencing and supporting their teammates that make our team great … Being nominated by them is pretty cool because they’re a great bunch of kids.”

In a fast-paced season that lasts just three months, Newark Academy went 11-2 overall, including 4-0 in the postseason.

In January at the Cetrulo Tournament, the first major competition of the season in which the top teams emerge, Newark Academy established itself as a contender, finishing second overall of 55 schools with the saber squad taking second and the foil team taking fourth. The only team that was better that day was Ridge High School, which would be the team Newark Academy would beat for the title at the State Team Championships.

“Before Coach Bailey-Yavonditte came, the team was nothing to be proud of. We were not confident, and were not in a position to win anything, let alone State Finals,” sophomore épée fencer Trevor Nowak said. “Now everyone comes to our meets because of the impressive team Coach has built. During morning meeting announcements, people cheer for the team when they hear about what we have accomplished. We have come such a long way because Coach has taught us to be proud and to be confident. This is the most fun I've ever had on a team, and I'm so glad that Coach helped us through it.”

“Coach BY drove us to not just be good fencers, but even better athletes,” said Pyo, a sophomore who went 19-3 on the season in foil and finished second at the District 3 Championships. “He taught all of us that we have the ability to become great, and all it takes is hard work. I believe that our team really took that to heart and strived to make coach and ourselves proud.”

At the Prep State Championships in February, a tournament that was Newark Academy’s to lose as only prep schools compete, the boys came out on top, winning the team championship. Sophomore saber fencer Czyzewski and Pyo earned bronze individually as well.

In the semifinals, facing his former school, Bailey-Yavonditte’s team overcame West Windsor Plainsboro South, 16-11, setting a rematch in the championship with Ridge.

“We definitely went in as underdogs,” Bailey-Yavonditte said. “Hearing people talk about the final or people shaking my hand saying, ‘Congratulations on making it to the final,’ sounded like a, ‘Congratulations, you made it to the final. That’s about as good as you’re going to get.’ It seemed like the other team probably thought they had it in the bag and that we were going to need to fight to be able to win.”

Newark Academy won saber 7-2 and foil 6-3 to take a dominant lead, and it was enough to upset Ridge, 15-12, for the championship.

“He knew that our fencing team was going to be overlooked and he used this opportunity to push us to work stronger than the other teams,” said freshman Torata Mishima (Bedminster, N.J.), who went 16-8 in epee in his first season with the team. “He told us every match we won that we deserved to be up on top because of our hard work. Even though our team was not mentioned once of the NJ.com teams to look out for or on the NJ.com fencers to look out for, we pushed ourselves and each other to first place at States.”

In order for Newark Academy to find incredible success in the win column, Bailey-Yavonditte's athletes credit his positivity, energy and encouragement as a huge factor in the team’s success. He taught them how to be a team, to believe in themselves and stuck the balance between fun and challenging his fencers.

“He would organize huddles for each weapon squad after each round of fencing,” said senior saber fencer John Steinmetz (Glen Ridge, NJ), who went 19-5 on the season. “He would give the athletes a pep talk and tell the athletes not to worry about the ranking, or the other fencers on the other team, but to have fun with each other, and support each other with every single touch.  We were always the loudest team, leaving the meets with shot voices.”

Bailey-Yavonditte hoped to inspire a passion for fencing in all his students. Working with a variety of skill levels, Bailey-Yavonditte made practices fun and helped the beginners with the basics while creating leadership opportunities in practice for the more experienced fencers to create a team atmosphere and developing them as athletes for if they do go on to fence in college.

“We coach students to be better than they already are just through their own passion,” Bailey-Yavonditte said. “It’s really about creating a passion for the sport that I’ve loved over the years as an athlete and as a coach and just trying to continue that with other fencers. I get to see that every year I coach high school, which is pretty great.”