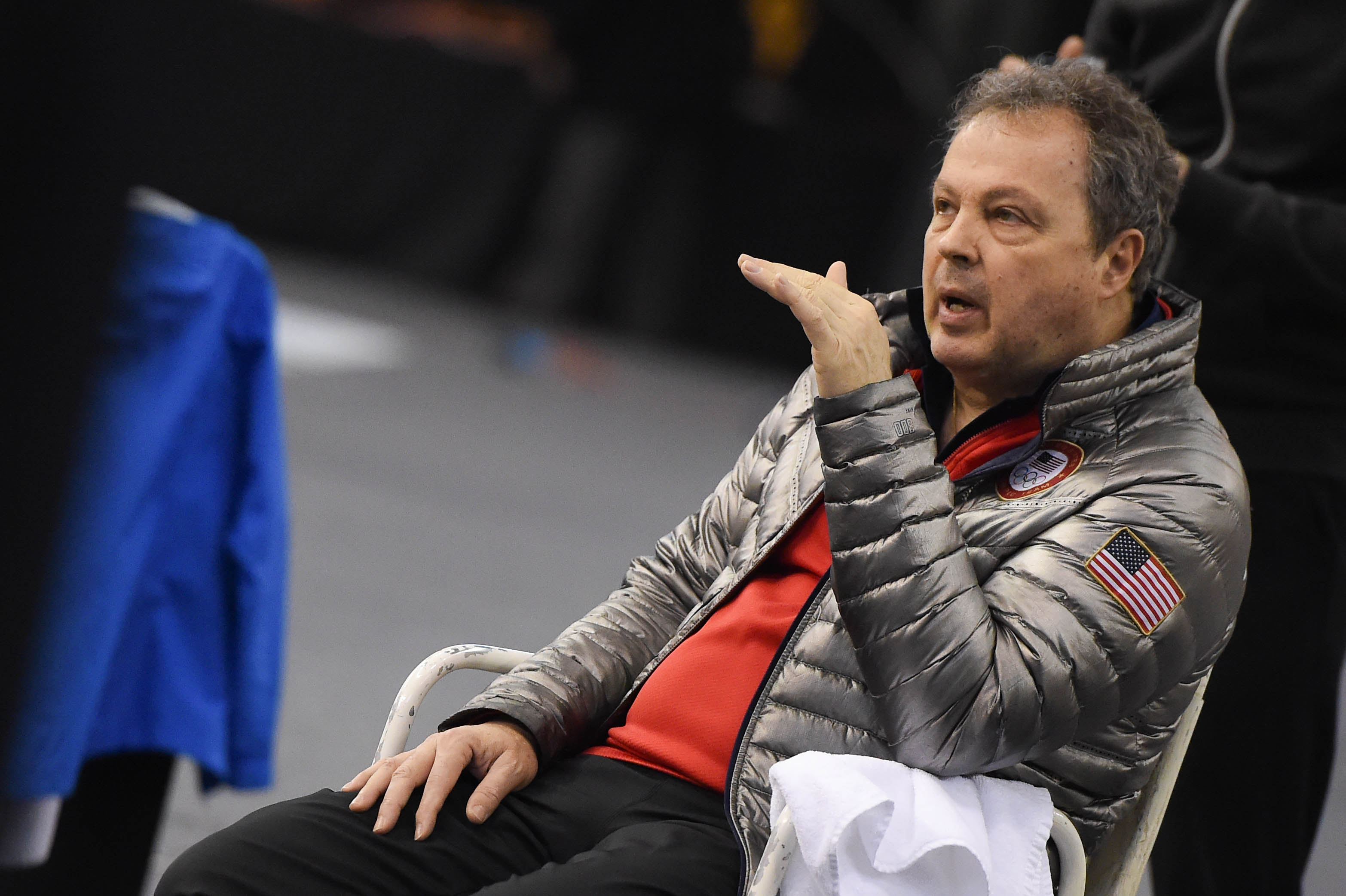 Greg Massialas was nominated for the USOPC Olympic Coach of the Year Award. Photo Credit: #BizziTeam

(Colorado Springs, Colo.) – USA Fencing is pleased to announce the five outstanding coaches and service providers who have been nominated for the 2020 United States Olympic & Paralympic Coach of the Year Awards Program.

Each year, the USOPC Coach of the Year Program honors coaches and service providers who are making a significant impact in their sport and National Governing Body.

USA Fencing’s nominations are as follows:

All coaches and service providers were chosen based on their accomplishments from October 2019 through October 2020. Each National Governing Body was allowed to submit one coach in each category with the USOPC scheduled to announce its winners in January of 2021.

More information on each nominee can be found below. 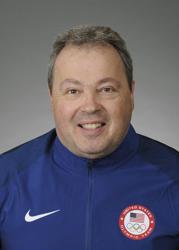 Since becoming the U.S. Men’s Foil Team Head Coach in 2011, Massialas has built the program into an international powerhouse that has won World titles and Olympic medals in both individual and team competition. Coming off the squad’s first-ever Senior World Championship title in July of 2019, the U.S. Men’s Foil Team ended the 2019-20 season ranked No. 1 in the world, winning three gold medals and a silver medal at the first four World Cups before the season was ended in March due to the COVID-19 pandemic. The four podium finishes continued a streak of 17 medals on the World Cup circuit by the team, including 13 golds.

Individually, Massialas – who is a three-time Olympian himself – has led the program to outstanding success as well with four Americans ranked among the top eight in the world, the most top-eight fencers of any country in any weapon. During the first five events of the season, U.S. men’s foil fencers earned a total of six individual medals, including a gold-silver-bronze finish at the season’s only Grand Prix in February. Gerek Meinhardt (San Francisco, Calif.) and Alex Massialas (San Francisco, Calif.), both the personal students of Coach Massialas who rank No. 3 and 5 in the world respectively, earned two individual medals during the season with Race Imboden (Brooklyn, N.Y.) and Nick Itkin (Los Angeles, Calif.) each earning individual podiums as well.

During his tenure, Massialas has changed the mentality of the foil squads, creating a development pipeline from cadet to junior to senior that has inspired a winning attitude that stretches across all levels. The U.S. Junior Men’s Foil Team ended the season ranked No. 2 in the world after five straight Junior World Cup podium finishes between December and February. 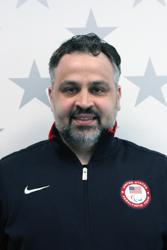 A five-time Serbian National Champion in all weapons as a fencer and former Paralympic National Head Coach for Kuwait, Zeljkovic has developed multiple club programs for Paralympic fencers on the East Coast. Zeljkovic was named head coach of the parafencing squad in 2018 and has managed Team USA’s qualification efforts for the 2021 Paralympic Games, leading a U.S. Parafencing Team that includes no returning members of the 2016 squad to excellent finishes as he builds the young program into a team of international contenders.

Under his guidance, five U.S. fencers are currently in contention to qualify for the Games in 2021. Three U.S. fencers are currently ranked among the top 25 in the world in their respective events. Among the program’s greatest individual results of the season are that of Ellen Geddes (Aiken, S.C.), who holds top-14 world rankings in both Category B épée and foil. Terry Hayes (North Fort Meyers, Fla.) also broke into the top 25 in two weapons while three-weapon fencer Shelby Jensen (Salt Lake City, Utah) earned her highest ranking as a foil fencer at No. 23 in Category A. In addition, for the first time since 2004, Zeljkovic has led the Americans to a chance to compete in a team event at the Paralympic Games as well as the individual event with the U.S. Women’s Foil Team earning a No. 7 world ranking. The U.S. Women are the top-ranked team in the American Zone, leading No. 10 Brazil.

With athletes around the world unable to train and compete together due to the COVID-19 pandemic, Zeljkovic has been creative in keeping the athletes engaged and ready to return to competition. Along with Zoom private and group sessions with the U.S. Paralympic Team, he organized virtual international training sessions with over 20 participating countries to keep all those in the sport engaged and connected. In September 2020, Zeljkovic designed a Paralympic virtual training camp for U.S. athletes and coaches that targeted both coaching and athlete development to help engage current National Team members and grow the pipeline of future parafencers. 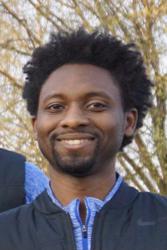 The 2017 USOC Developmental Coach of the Year, Lasker was an alternate for the 1996 Games and is a the 1997 Division I National champion. As a coach at Nellya Fencers since 2008, Lasker has helped create a program whose fencers have thrived at the junior and cadet level and have won numerous national championships, from youth to senior. Five of his fencers have earned a place on the Junior and Cadet World Championship Team with several also going on to fence at the NCAA level.

During the 2019-20 season, Lasker coached several students to podium finishes, both on the national and international circuit. Christopher Walker (Atlanta, Ga.) qualified for his second Junior World Team, winning gold in Division I and silver in the junior event at the 2020 January North American Cup before taking a gold internationally at the Dourdan Junior World Cup. Siblings Alexis Anglade (Alpharetta, Ga.) and Ronald Anglade (Alpharetta, Ga.) both won gold on the North American Cup circuit this season with Alexis taking the junior title at the January NAC and Ronald earning the Junior Olympic Championship in cadet, as well as silver in cadet at the 2019 November NAC. Kirk Chayevsky (Atlanta, Ga.) took silver at the 2019 Sofia Cadet European Cup and along with Anglade, Nelly Fencers won gold in the team event at JOs. Two of Lasker’s students also brought home hardware from the Junior and Cadet Pan American Championships with Nicholas Harvey (Atlanta, Ga.) taking silver at the Cadet Pan Ams, his second medal of the 2019-20 season, while Chloe Williams (Atlanta, Ga.) won gold in the cadet event and the junior team event.

In addition to his students’ success, Lasker is known for teaching incredible life lessons that can be used on the strip and off, such as perseverance, how to work hard, win and lose respectfully and how to take instruction. During the COVID-19 pandemic, he has been creative and adaptable, making classes smaller and using Zoom calls. He has created videos to keep workouts interactive and interesting with lessons that include fun activities such as reacting to different colors. Lasker also led the creation of a competition that was held this past November, which was held over three weekend to keep numbers low and athletes safe while giving his students a chance to compete again. 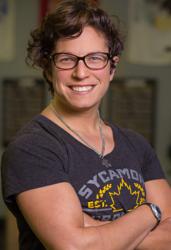 The strength and conditioning coach for the parafencing squad since May of 2019, Moskowitz was highly involved in the parafencing in-person camps. She worked to find the right balance between training hard for long periods of time and not putting athletes at risk of injury, putting an emphasis on the quality of training rather than quantity. Moskowitz made sure athletes were properly warmed up, changing the process so that warm ups started before athletes moved into their fencing chairs, helping all think like elite athletes in the treatment of their bodies, from a focus on physical and mental reparation to cool downs and recovery. She provided habits the parafencers could take home, using general household items or inexpensive pieces of equipment.

During the pandemic, Moskowitz collaborated with outside manufacturers to provide athletes with cost-effective equipment resources that could help with strength and conditioning as well as injury prevention. She also helped coordinate the first-ever virtual USA Parafencing camp for athletes and coaches. Working with coaches and athletes, from experienced to first-time parafencing coaches and athletes, Moskowitz provided the most up-to-date practices for strength and conditioning for coaches to use in their clubs. The camp helped expand and build on the parafencing program as well as reduce the stigma of disability in sport and lessen the knowledge gap around coaching disabled athletes so they can coach efficiently.

A seven-time Canadian National Team member in women's épée, Griffin was the Junior Women’s Epée Coach from 2008-13 and has been the owner of Golden Gate Fencing Center for more than 20 years. Someone who has publicly supported and advanced the USOPC American Development Model principles at her club, Griffin restructured the club youth program to ensure it aligned with ADM. She created documents around ADM and shared the with other coaches and clubs. As a result, Griffin has become a resource for other clubs that have modeled their programs after Golden Gate Fencing Center. Griffin also has held educational roundtables to discuss innovations in the sport of fencing and spearheaded clinics for coaches that deal with both fencing-specific tactics as well as themes around general quality coaching.

During the COVID-19 pandemic, Griffin has continued to shine as a coach. She has encouraged young athletes and families to stay active despite the challenges and has developed and implemented an online youth fencing program that emphasizes ADM, collaborating with other sports to provide multisport opportunities. She partnered with SpiderFIT Kids’ Powerful Play program in order to provide training for youth fencers that is age appropriate, fun and emphasizes physical literacy while educating parents about the program so that they can properly encourage their children. To help all coaches during such a difficult time, she crated and led Zoom seminars for coaches, giving them the opportunity to share ideas and stay connected.