Daria Schneider Steps Down as Athlete Director, Election to be Held for USA Fencing Board Role 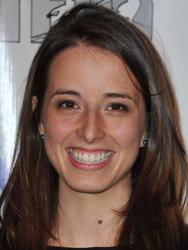 (Colorado Springs, Colo.) – After more than eight years in her role as an athlete director member of the USA Fencing Board of Directors, two-time Senior World team medalist Daria Schneider (Brookline, Mass.) will be stepping down from the role in order to focus on other volunteer roles within USA Fencing and the U.S. Olympic & Paralympic Committee.

The head men’s and women’s fencing coach at Harvard, Schneider was elected by the USOPC Athletes Advisory Council to serve as an AAC representative on the USOPC Board of Directors.

Elections will be held to fill the open athlete director position which will assume the role of alternate USOPC AAC representative. The term will conclude after the Closing Ceremony of the 2021 Olympic Games. As USOPC policy dictates that each NGB’s AAC representatives must include one male and one female athlete, candidates for the vacant positions must be female and meet the following requirements:

All athletes, male and female, who meet the above requirements will be eligible to vote in the election.

The election will be held electronically from Feb. 12-19.