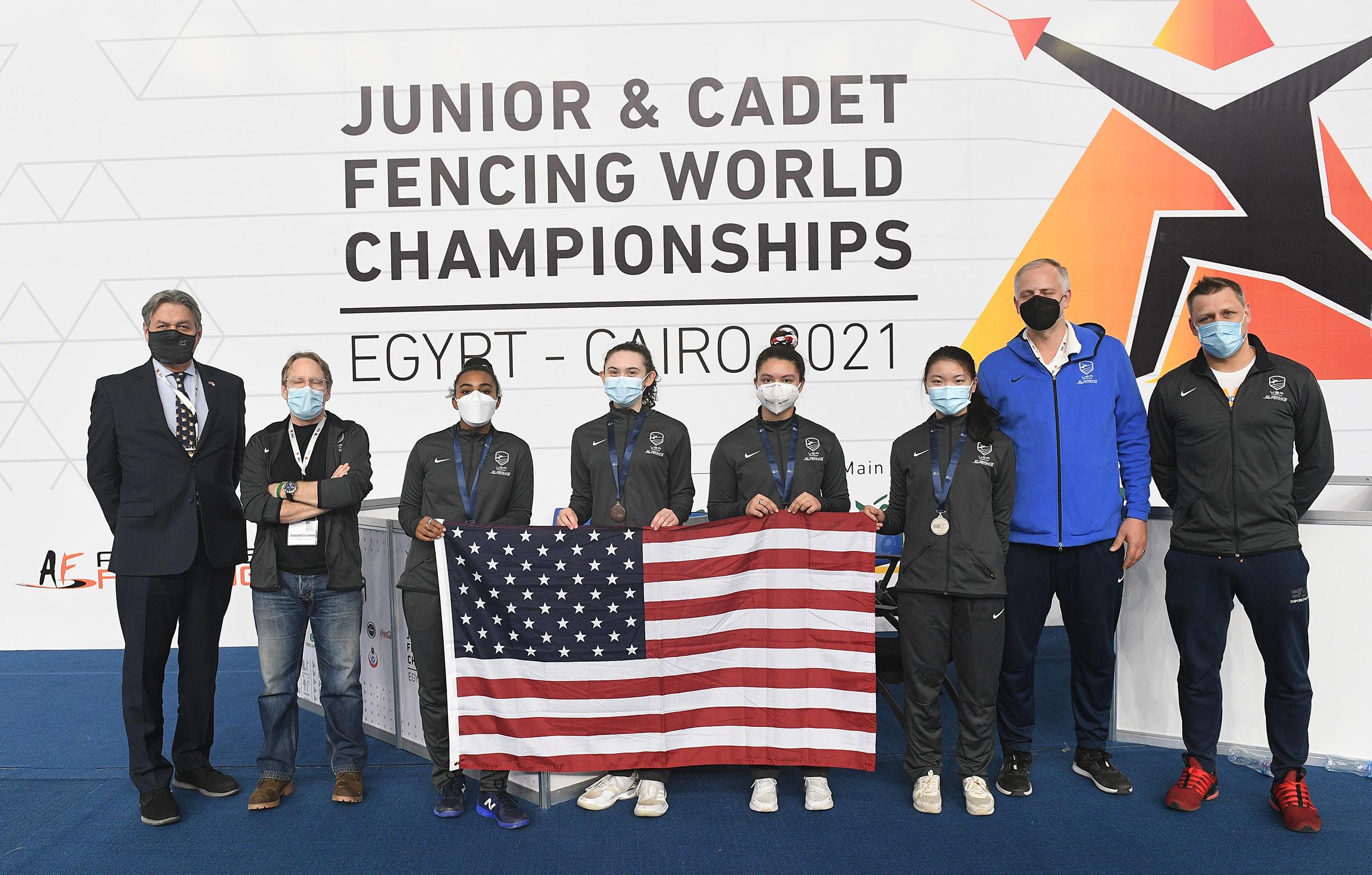 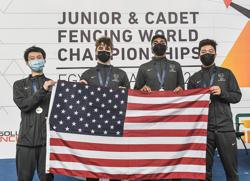 The wins brought Team USA’s medal count for the week to 10, including six medals in foil and four in saber during the first six days of competition.

For the U.S. women, the silver medal was the ninth team podium finish in the last 10 editions of the tournament for Team USA. The U.S. men earned their 10th team medal out of the last 13 Junior Worlds.

With Scruggs as anchor, Team USA opened the day with a dominant win over Spain, taking the table of 16, 45-24, including three shutout bouts across the match and a +10 indicator by Rhodes.

In the quarter-finals, the Americans met Canada – a squad led by Jessica Guo who was fresh off gold in the cadet competition and bronze in the individual junior event. As expected, Guo scored most of Canada’s points in the match, picking up 22 of the team’s 33 total points. Weintaub led Team USA in scoring with a +13 indicator and the only two touches she gave up across three bouts coming to Guo. Tieu anchored the squad to a 45-33 victory that included wins in seven of the nine bouts.

With a medal on the line, Team USA held off a comeback by Romania in the final rotation of the semifinals. Rhodes entered as anchor to hold on to a 45-41 victory. The U.S. squad won or tied six of the nine bouts to advance to the gold medal final.

Fencing Russia for gold, Team USA built a 30-24 lead after the first six bouts, but Russia came back to tie the score at 37 after the eighth bout. With the score tied again at 40, VItalina Anaschenkova scored two to take the lead for Russia before Scruggs replied with a three-touch run. Anaschenkova, a top-eight finisher in the individual event, was not done yet, however, and went on to finish clinch a 45-43 win for Russia.

In the table of 16, the top-seeded Americans won all nine bouts against Qatar with Olivares anchoring the 45-10 victory. All four fencers competed in the opening match with Daniel and Olivares earning +13 and +12 indicators, respectively.

Korea kept the quarter-final close at the start, staying within two touches for most of the first three bouts as Team USA ended the first rotation with a 12-11 lead. Olivares changed the momentum, however, outscoring Suhwan Lee, 8-3, to end the fourth at 20-14. By the end of the second rotation, Team USA led by nine at 30-21. Zhang came into the match in the seventh and helped Team USA end the match with three straight wins for a 45-31 victory with Olivares as setup. Bravo, who earned a +11 indicator on the match, anchored the win.

Fencing Poland in the semis, Team USA led by three at 25-23 after a pair of split bouts at 5-5 each in the fourth and fifth bouts. Bravo took a 5-2 win over Adam Jakubowski in the sixth and the Americans went on to win the next three bouts at 5-4 (Daniel), 5-0 (Olivares) and 5-2 (Bravo) to advance to the finals with a 45-31 victory.

In the gold medal final, however, Russia built an early lead and didn’t give it up, controlling the match for a 45-35 win.