Avoiding Assumptions: How to Minimize Conflict Arising from Assumptions 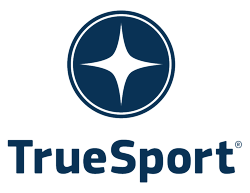 We all make assumptions throughout the day—it's part of human nature. But young athletes sometimes make judgements based on assumptions that may or may not be true, and these misguided assumptions can hurt a team's dynamic.

The COVID-19 pandemic has also exacerbated assumption-making in every arena, and young people are particularly vulnerable as school and sports practices have shifted to remote models.

Here, Nadia Kyba, MSW, TrueSport Expert and President of Now What Facilitation, explains how assumptions can be dangerous and how an athlete interaction, when left unchecked, can go from a minor incident during a game to a major problem for a team.

The Circle of Inference

According to Kyba, the Circle of Inference explains how we interpret information and actions based on assumptions to form beliefs that drive our actions. Conflict arises when athletes misinterpret another person’s motives based on their own perception of the facts.

Below, Kyba walks through an example of how a missed opportunity for a pass in a soccer game could lead to a player quitting the team because he feels like his teammates all dislike him. It might sound overly dramatic to a coach or parent, but to a young athlete who's basing his actions on selected facts with his underlying assumptions and beliefs, it's a very real scenario.

The Action: During a soccer game, Joe is running up the midfield, open, and calls to Andy to pass him the ball. Instead, Andy passes the ball to Tim.

"Now, Joe is making a whole bunch of assumptions about why Andy made that pass choice," Kyba explains. "He isn't asking if Andy passed to Tim because there was actually a defender standing behind him, or because Tim was in a better passing position, or if Andy didn't hear him call out. Joe is seeing Andy not pass him the ball through his own lens of assumptions and beliefs." What we're looking at now is Joe's version of events, in order to see how dangerous assumptions can be.

Selected Facts: Andy ignored Joe in favor of passing the ball to another player.

Often, an athlete like Joe will operate with only the initial selected fact—that Andy didn't pass the ball to him—without thinking through other facts, like what else was happening in the game, if Andy heard him, or if Tim was in a better position. Instead, athletes should, "Start by asking ‘What do I know?’" says Kyba. You can also ask, "What don't I know?" Pausing and journaling about these questions may help an athlete skip assumption-making in favor of a more rational explanation.

Assumptions: Andy thinks that Joe is a terrible soccer player.

In this case, that's the assumption Joe is making. He doesn't have any facts that prove it—Andy has never said that Joe is terrible at soccer—he's basing this entirely on the lack of a pass during one game. But this is how the human mind tends to work, Kyba explains. "We make assumptions, working with selected facts. We're not working with a 360-degree view of exactly what happened," she says. "We just take the little bits of information that we have and form our assumption based on that small slice of information."

Beliefs: Beliefs go beyond assumptions from an event; they are based on how a person perceives the world and themselves after years of information being processed in a certain way. Here, Joe believes he isn't a very good soccer player and struggles with self-confidence.

"People who feel insecure in a situation or certain context will have a different narrative going in their head about what's going on," Kyba explains. So, in this case, Joe isn't just seeing Andy not passing him the ball, he's seeing this as confirmation that everyone else thinks he's a terrible soccer player. He might also already have a belief that the people on the team don't like him or think he's very good, which will also impact his assessment of the situation.

Interpersonal Mush: The goalie mentions to Joe that he noticed Andy purposely not passing the ball to Joe.

"The mush is incoming information based on the way other people are interpreting the story," Kyba explains. So, in this case, now the goalie's assumption that Andy didn't pass on purpose is added to the mix, further muddying the waters. The goalie has his own set of assumptions about what went on during the game, so now Joe has his own assumptions and beliefs mixed in with those of the goalie. This is why inter-team gossip can quickly escalate problems between teammates.

Actions: Joe quits the team.With all the beliefs and assumptions at play, it's easy to see how Joe could end up leaving the team altogether. It seems dramatic to quit after a single ball-passing incident, but as you can see from the addition of beliefs and assumptions, a small action can lead to much bigger results—especially for young people who struggle to have difficult conversations to get to the bottom of problems. "He could quit the team, or maybe he goes home and sends a mean text to Andy and starts a fight, or he sends a text to other teammates telling them to not pass to Andy the next game—either way, Joe's response can easily change the team dynamic," Kyba says.

How to Avoid Conflict from Making Assumptions

From this somewhat simplified example, it's easy to see how one athlete failing to pass the ball to another athlete in the first game of the season can have a ripple effect for the next game, and the next, all the way to the finals. After one action comes a reaction, and that reaction starts the circle of inference all over again. That is why it's important to make sure that your young athletes become aware of how they make assumptions and the conflict it can create.

Especially when coaching teenagers, it's important to remind them that not every perceived slight is actually about them. "Even as adults, rarely are these situations about us," Kyba says. "But we all have years of assumptions and beliefs that make us feel as though a simple action is much more meaningful than it actually is." Even if our assumptions do turn out to be correct, it’s better to gather the facts, engage in discussion, and then make a conclusion.

Ultimately, as you read through this example, you probably realized that Joe could have avoided leaving the team if he had simply paused, looked at the objective facts—Andy passed to Tim and not to Joe—and then had a conversation with Andy about it. Joe likely would have realized that Andy simply didn't see or hear him during the game. "Once you get clear on the facts and your own assumptions, it's much easier to have a conversation and come to a more informed conclusion," Kyba adds.

This content was reproduced in partnership with TrueSport. Any content copied or reproduced without TrueSport and the U.S. Anti-Doping Agency’s express written permission would be in violation of our copyright, and subject to legal recourse. To learn more or request permission to reproduce content, click here.