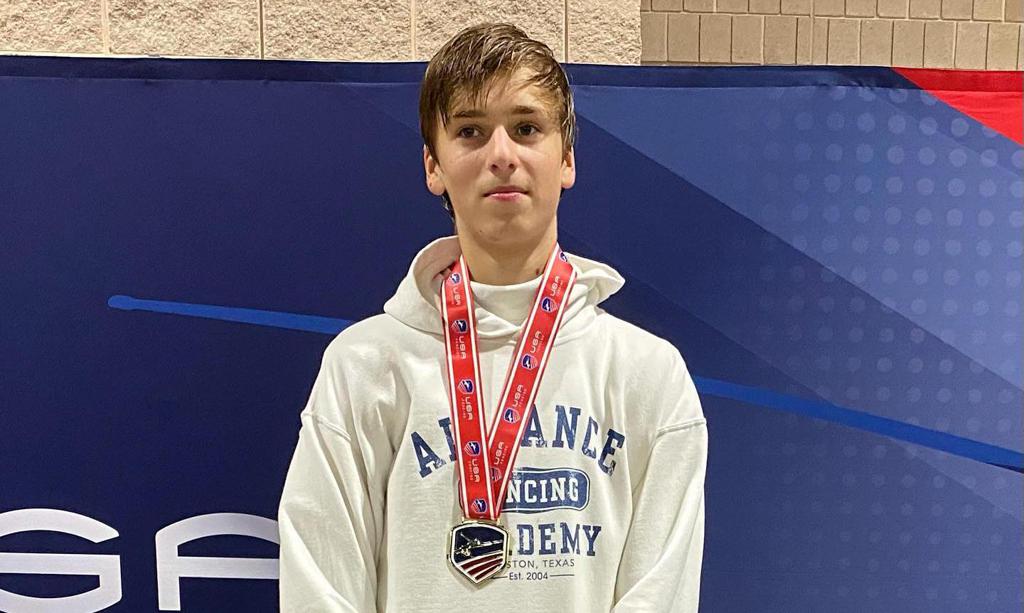 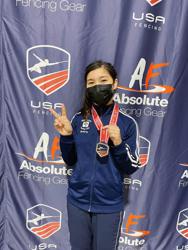 (Colorado Springs, Colo.) – Six athletes were awarded their first national championship in the Division II events on the penultimate day of the National Championships in Philadelphia.

For all four, the podium finishes marked their first on the North American Cup circuit.

Kudriavtcev held his first two opponents to single digits to advance to the table of 32, but his remaining five bouts en route to gold would be one-point victories.

In the semifinals, Kudriavtcev fenced Nixon, who was also coming off a one-point win in the quarters at 11-10. Up 9-7 with 13 seconds to go in the bout, Nixon cut the gap to one with 6.19 seconds on the clock and equalized with 2.4 seconds remaining, sending the bout to overtime. There, Nixon had priority and with the clock winding down, Nixon held Kudriavtcev off with two double lights before Kudriavtcev earned the winning touch with less than two ticks remaining for a 10-9 victory.

Kudriavtcev took an 11-9 lead into the final period in the final against Ma, who was competing at his first National Championships. Although Kudriavtcev extended his lead to three points, Ma cut the lead to one point at 13-12. But two double touches gave 15-year-old Kudriavtev his first gold, 15-14.

Jeon jumped out to an early 5-1 lead, which he extended to six points before Chang-Han Sung (Fremont, Calif. / Academy of Fencing Masters) closed the gap three at the break, 11-8. Holding on to a two-point advantage entering the third period at 13-11, Sung scored the next three points come within one point of victory, 14-13, but facing elimination, Jeon won the final two touches.

Ball, who reached the semifinals with a 15-14 victory in the quarters, kept the bout close early, but tied at six, Jeon went on a 7-0 run to end the first period and won, 15-10.

With a 15-8 win over Carter Berrio (Lighthouse Point, Fla. / Alle Fencing Club), Escueta secured a medal. Fencing Lo in the semis, Escueta turned a 6-2 deficit into an 8-7 lead at the break. Tied at 12, Escueta took the next two touches and went on to win, 15-13.

Facing a one-point deficit at the break in the final to Yen, Escueta took control, going for eight straight points to put the bout away and win gold, 15-8.

14-year-old Pehlivani earned a bye into the 64, where she bested Michelle Taubler (Stuart, Fla. / University Of Florida Fencing Club), 15-11, and reached the 16 with a 15-8 win over Alexandra Szewc (Budd Lake, N.J. / Johns Hopkins University NCAA).

Down 5-3, Pehlivani scored four straight touches to take a two-point advantage and went on to win, 15-10.

In the final, Pehlivani’s matchup was Milewski, who reached the final with two 15-14 victories, including one over Doroshkevich in the semifinals. Tied at nine, Pehlivani scored two single lights and led the bout the rest of the way, winning, 15-13.

Guerra started her day with a bye into the 64 and bested her first two opponents, 15-9.

Her biggest test came in the table of 16, where she outtouched Sofia Prieto (Ventura, Calif. / United Fencing Academy), 15-14.

Fencing Savannah Locke (Rancho Palos Verdes, Calif. / LA International Fencing) in the final, who edged out Kyra Wu (San Diego, Calif. / Team Touche Fencing Center) in the other semifinal, Guerra faced a 3-2 deficit early, but scored four straight touches to go up, 6-3. Locke equalized at eight at the break, but Guerra made another run, this one a 5-1 run, and went to win, 15-11.

Menke took an 8-6 lead at the break and extended her lead in the second to four points at 11-7. Hild cut Menke’s lead to one at 13-12, but Menke responded to score the final two points for a 1-12 victory.

In the final, Menke faced Anika Sinha (Watchung, N.J. / Advance Fencing and Fitness Academy), who had made the final thanks to three 15-14 victories, including one over Hana Sadik (Portland, Ore. / PDX Fencing) in the semifinals.