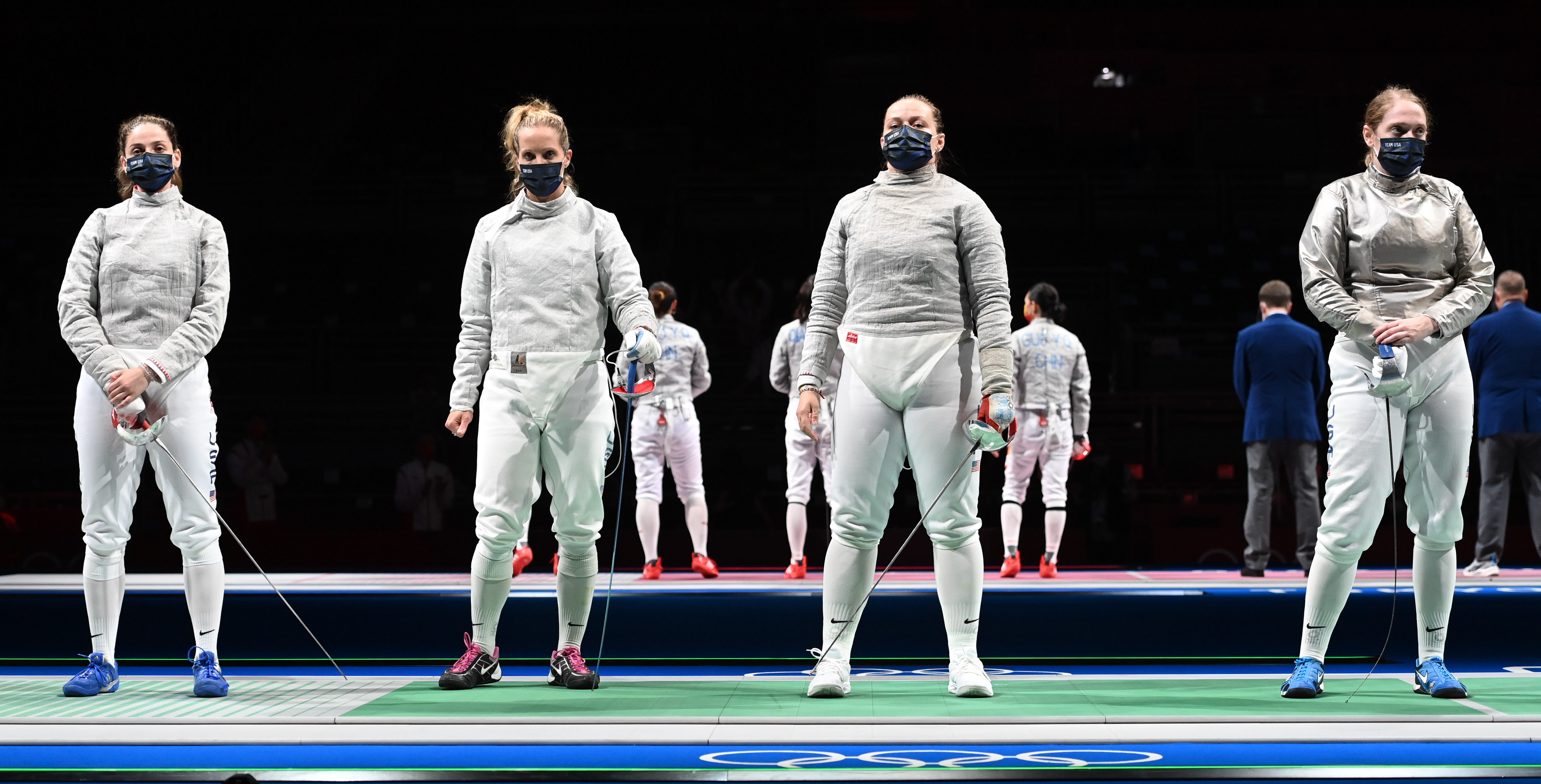 (Tokyo) – The U.S. Women’s Saber Team missed the podium on Saturday after a quarter-final loss at the Tokyo Olympic Games.

The Americans opened the day with a quarter-final match against France — a team highlighted by three of the four fencers who won gold at the 2018 Senior World Championships and silver in 2019.

Team USA stayed within a touch for the first rotation, holding France’s lead to 15-14 after the third bout.

In the match for fifth place, Francesca Russo (Wayne, N.J. / Bergen Fencing Club / Notre Dame) came in for the first time, earning her Olympian status with three bouts. Zagunis led the squad with a +13 indicator, including an 11-4 win in the sixth against Norika Tamura to give Team USA a 30-29 lead. By the anchor leg, however, Japan had mounted a comeback, and led the Americans, 40-37. Zagunis went on a 6-2 run against two-time individual World Cup medalist Misaki Emura to put Team USA up, 43-42, but Emura scored three straight to close the bout, 45-43.

“It was a hard road to get here, but none of us gave up ever and that’s what I’m proud of, me and my team, every step of this way,” Stone said.