Ralph Spinella Passes Away at the Age of 98 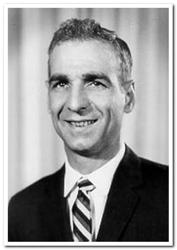 Born May 8, 1923, Spinella graduated from Wilby High School in 1941. After graduating, he took over the family business, Spinella’s Bakery, working there until his retirement in 1998.

At the age of 30, Spinella tried fencing for the first time after seeing an advertisement for lessons at his local YMCA. He immediately fell in love and went on to reach the pinnacle of the sport.

The lefty competed at the 1960 Olympic Games in Rome in both the individual and team epee events. Seven years later, he won gold as part of the men’s epee team at the 1967 Pan American Games.

Spinella continued to stay involved in the sport in his later years, training and competing as a veteran as well as teaching fencing up until the age of 90 at Quinnipiac College.

Outside of fencing, Spinella loved the outdoors, enjoying hunting and fishing with his family.