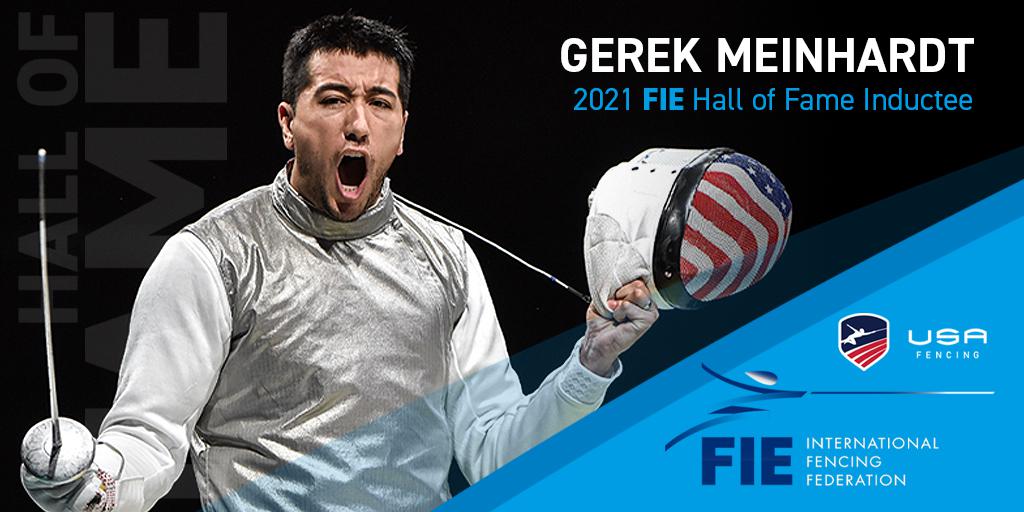 (Colorado Springs, Colo.) – Two-time Olympic bronze medalist Gerek Meinhardt (San Francisco, Calif.) has received one of the top honors in the sport as he was inducted into the FIE Hall of Fame.

Another accolade in his storied career, Meinhardt has been a trailblazer in the sport for the United States and one of the top fencers in the world for more than a decade.

One year after becoming the first American men’s or women's foilist to obtain the No. 1 individual world ranking in 2014, Meinhardt added a second individual bronze, making him the first U.S. man to secure two individual Senior World Championship medals.

With six total World podium finishes to his name, the youngest male athlete ever to compete on a U.S. Olympic Fencing Team has also led the growth of the U.S. Men’s Foil Team on the international stage. Meinhardt was a member of the first U.S. Men’s Foil Team to win a medal at the Senior World Championships, earning silver in 2013.

The FIE Hall of Fame was established in 2013 to celebrate the accomplishments and contributions to the sport by members of the fencing community.