From July 2-11, more than 4,500 fencers from 45 different states will gather at the Minneapolis Convention Center for the 2022 USA Fencing National Championships and July Challenge, also known as Summer Nationals. 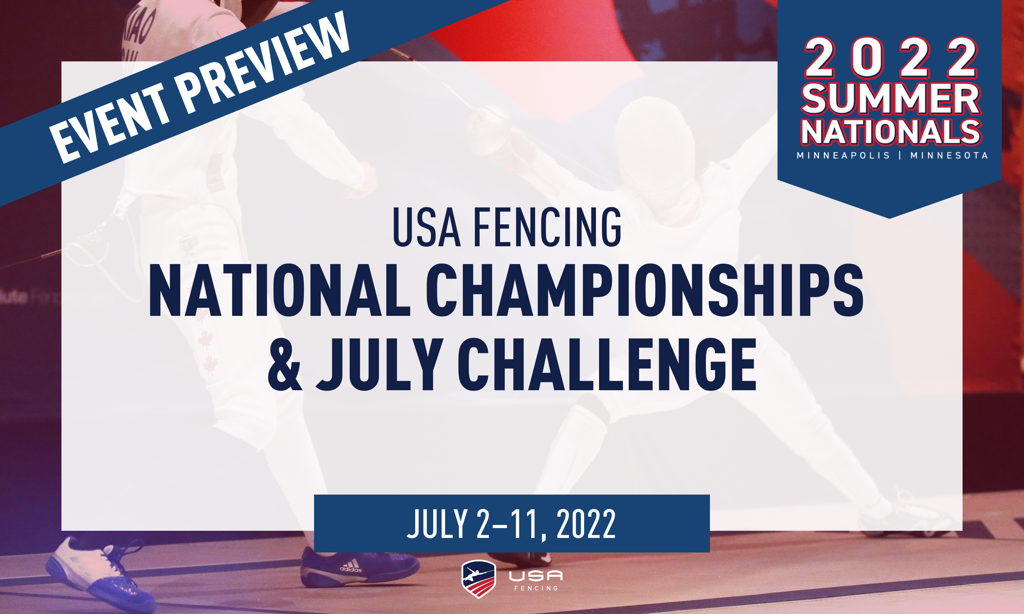 COLORADO SPRINGS, Colo. — At last, it’s the moment for which they’ve been training all season long.

This July 2 to 11, more than 4,500 of the nation’s best fencers will gather in downtown Minneapolis for the 2022 USA Fencing National Championships and July Challenge, commonly known within the fencing community as Summer Nationals.

Fencers as young as 7 and as old as 84 will complete for national championships in their age group, classification, gender and weapon (foil, epee or saber).

A total of 66 national titles will be won by the tournament’s youngest competitors (Y10), its most seasoned veterans (Vet 80) and everyone in between. The field also features 11 Olympians and Paralympians, including five who competed at the Tokyo Olympics last summer.

USA Fencing hosts an average of seven national tournaments each year and saves the biggest for last. Summer Nationals, which marks the end of the 2021–22 season, is the largest USA Fencing tournament of the year.

In fact, with more than 4,500 athletes and more than 9,600 total registrations (some fencers compete in more than one event), Summer Nationals is considered the largest fencing tournament in the world.

The competition starts on Saturday, July 2, with Division I women's foil and Division I men's epee. Fencing action continues all day every until Monday, July 11, when the tournament concludes with six events — one for each gender and weapon.

See an overview of the schedule below, and go here for a more detailed schedule that includes start times for each event. 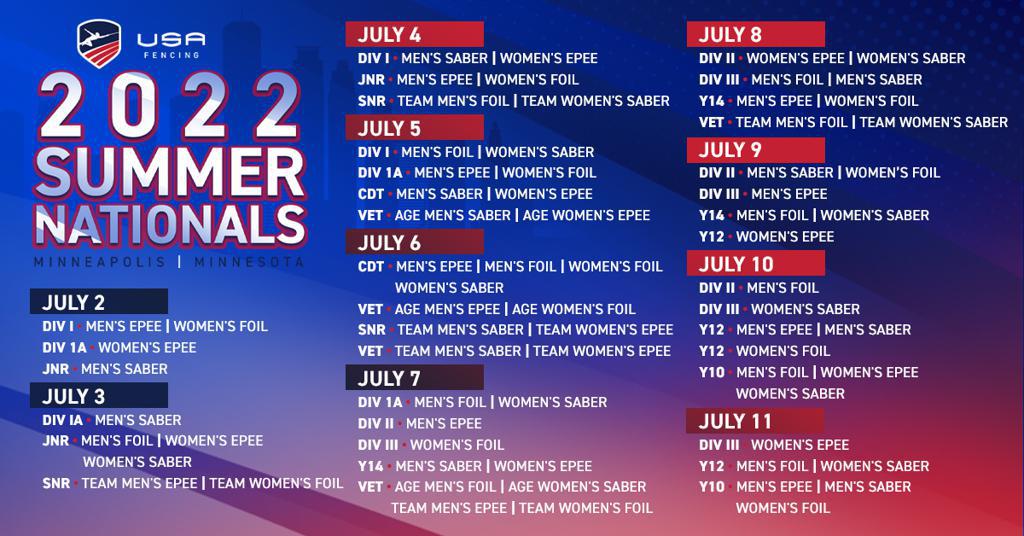 Read About the Health & Safety Protocols in Place for Summer Nationals

Olympians and Paralympians in the Field

Eleven Olympians and Paralympians scheduled to compete at Summer Nationals.