The Hungarian superstar will meet with fans, attend a screening of the documentary One for All about his quest for a third Olympic gold, and speak with students from the legendary Peter Westbrook Foundation. 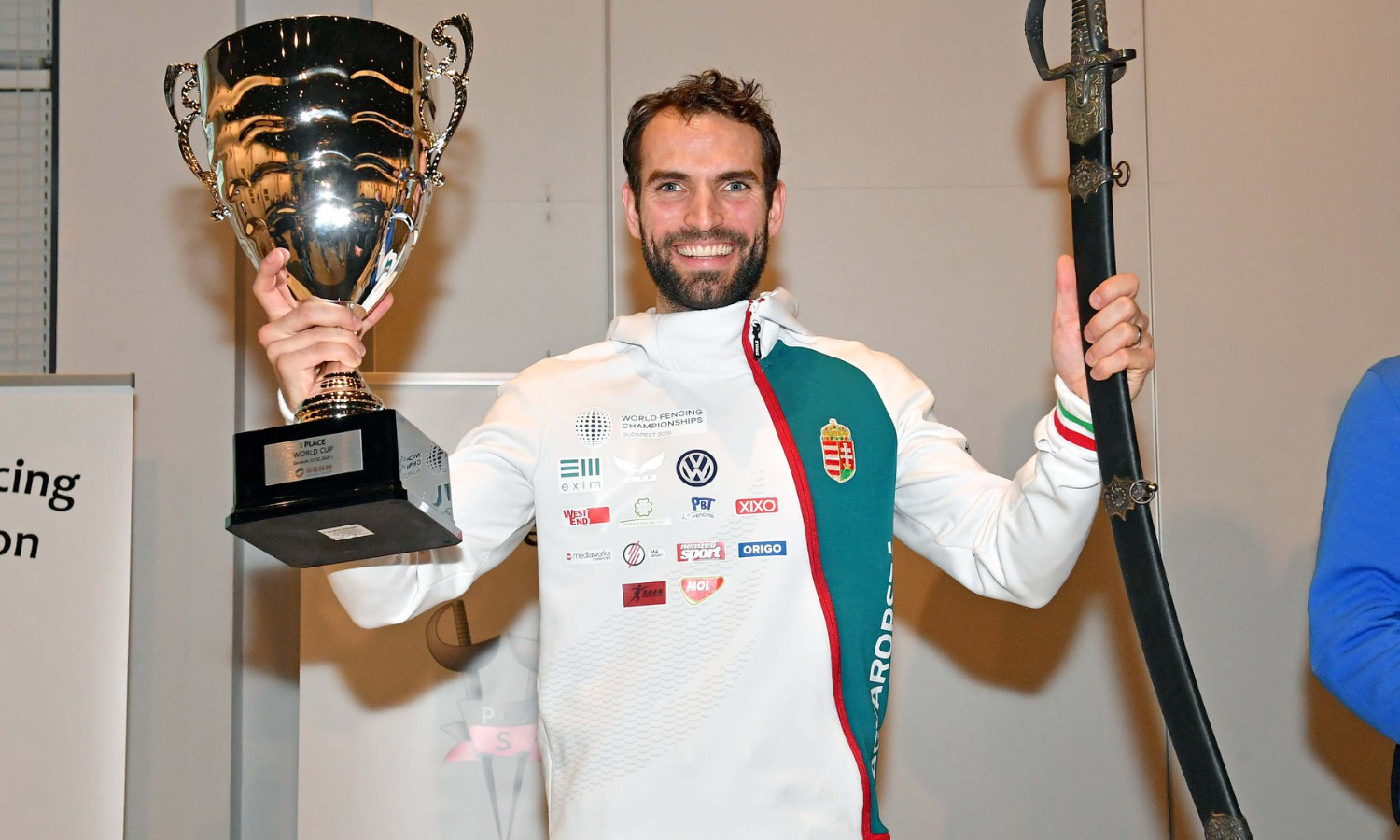 Áron Szilágyi OLY at a World Cup event in February 2020 in Poland. (Photo by Simone Ferraro/#BizziTeam)

COLORADO SPRINGS, Colo. — Three-time Olympic champion Áron Szilágyi OLY of Hungary will travel to New York next month to meet with fans, attend a screening of the documentary One for All about his quest for a third Olympic gold, and speak with students from the legendary Peter Westbrook Foundation.

Szilágyi, who will be in New York from Nov. 2–5, is the only male fencer in history to win three Olympic gold medals in the same individual event. And he fences saber, which makes him an ideal person to meet with fencers at the Peter Westbrook Foundation.

Szilágyi’s visit to the Peter Westbrook Foundation comes as part of a worldwide tour to promote talent development in the fencing community. During his tour, he’s trying to meet with as many local fencing clubs as possible and chose the Peter Westbrook Foundation in recognition of its work using fencing as a vehicle to enrich the lives of young people.

“For me, talent support is a mission, a service, in which we actively seek and find talented individuals, and then help them in line with their personality, their potential and their goals,” Szilágyi says.  “Talent support is the responsibility of the community, and subsequent success is not an individual triumph: the glory is shared by all of us.”

The Peter Westbrook Foundation regularly harnesses the prestige of its many national, world and Olympic medalists to inspire the next generation of young athletes through its Olympians in Life Enrichment Program.

“Áron is an amazing athlete and represents many of the values that we appreciate at the Peter Westbrook Foundation,” Westbrook says. “We are thrilled to have Áron visit and share his story and to learn from the greatness of our homegrown Olympians, Olympic medalists and youth.”

While in New York City, Szilágyi will also meet with USA Fencing CEO Phil Andrews and fencers from the New York area at a screening of the documentary film One for All. The Nov. 4 event, presented by The National Talent Center and the Consulate General of Hungary in New York, will feature a panel discussion with Szilágyi himself and the filmmakers.

“I look forward to chatting with Áron as well as those who are inspired by his as-yet unrivaled Olympic success,” Andrews says. “While our Team USA fencers represent their country proudly at the Olympic and Paralympic Games, Áron’s visit is a reminder that fencing can transcend borders and help young people shine no matter what flag they wear.”