The U.S. Fencing Coaches’ Association has unveiled the results of its preseason coaches’ poll, which ranks the top third of all collegiate fencing programs and the top half of Division III programs. 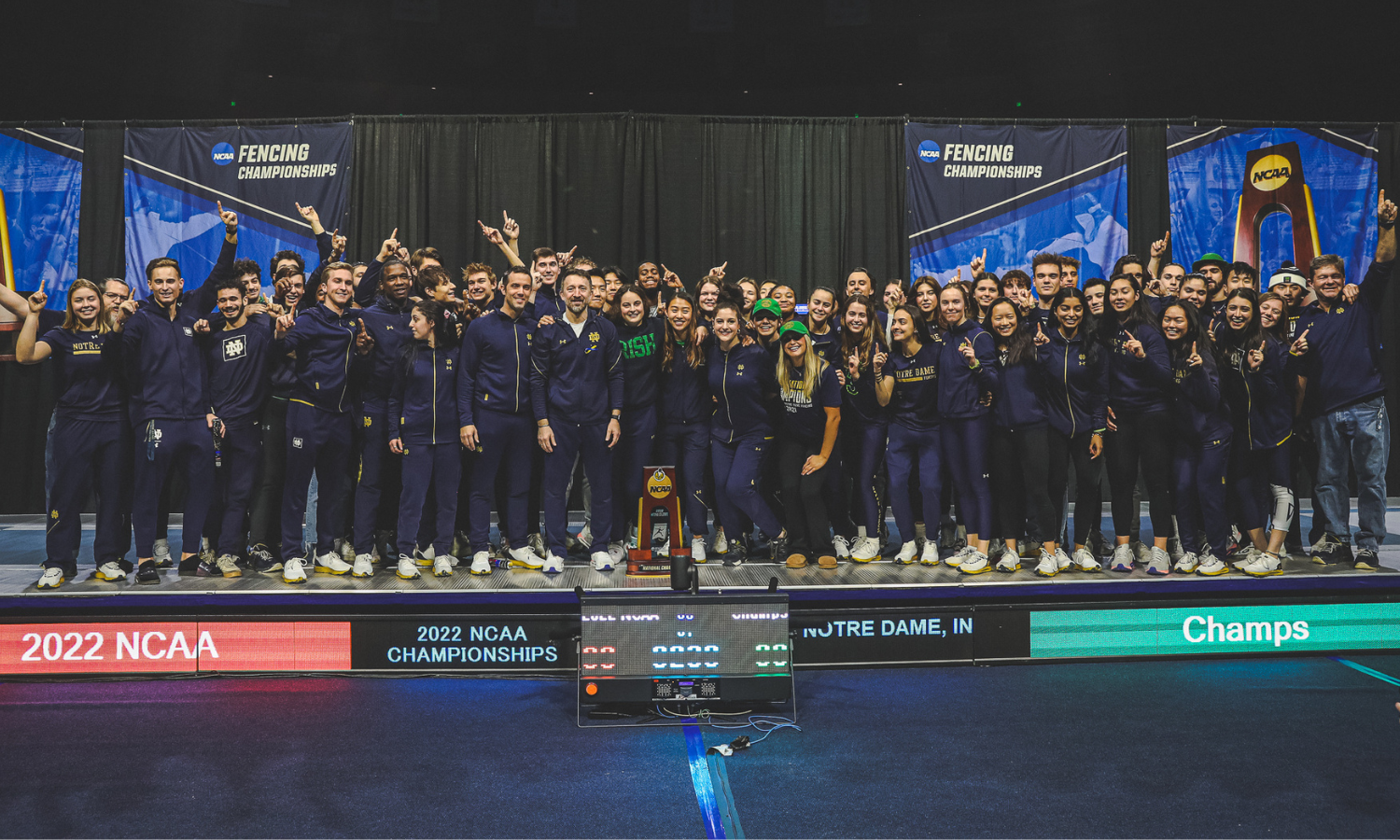 Notre Dame won the 2022 NCAA Fencing Championships and ranked first in the 2022-23 Preseason Coaches' Poll for men's fencing and second for women's fencing.

COLORADO SPRINGS, Colo. — The coaches have spoken, and they like the Princeton Tigers and Notre Dame Fighting Irish to make a mark this season.

You can find the full results of the poll, which ranks the top third of all NCAA programs and the top half of Division III programs, at the end of the post.

While preseason coaches’ polls are endlessly fascinating to anyone who follows sports, they always come with a reminder: “that’s why they play the games.” (Or, in the case of fencing, that’s why they fence the bouts.)

The USFCA poll results interest fans — and could motivate fencers. Student-athletes in programs ranked lower on the list will be eager to prove that their ranking was a mistake. And student-athletes from schools ranked in the top five will want to show that their preseason prestige was no mistake.

However you interpret the list, it’s interesting to see where these expert coaches believe collegiate programs stand as the new season gets under way.

Speaking of the new fencing year, some collegiate fencing programs have already begun their seasons, while others are eagerly awaiting their first tournaments of the 2022-23 campaign later in November.

All will have their eyes on the 2022-23 NCAA Fencing Championship, set for March 23–26, 2023, at Cameron Indoor Stadium on the campus of Duke University.