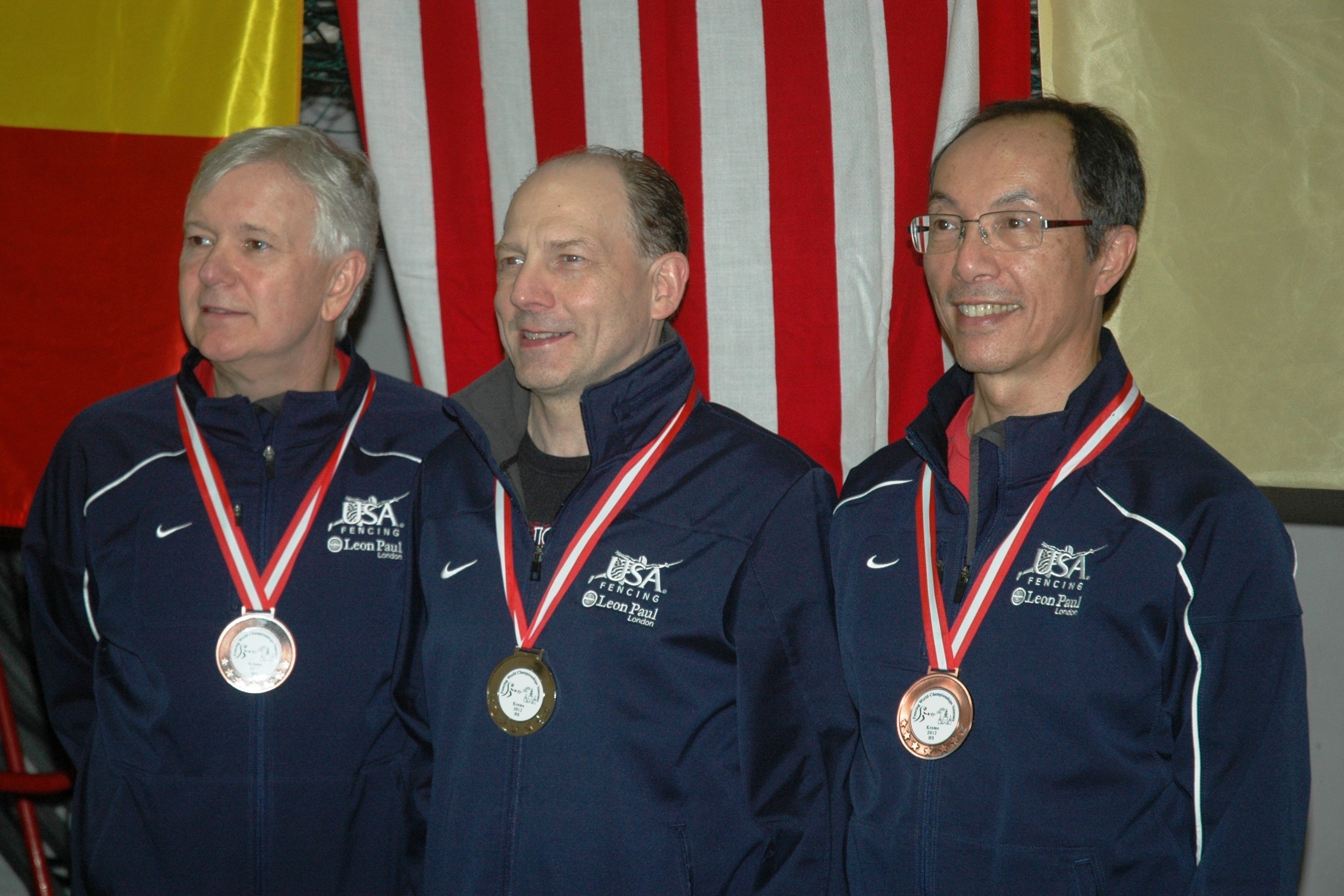 (Colorado Springs, Colo.) – At the conclusion of the Veteran World Championships on Sunday, members of Team USA won four more medals in Krems, Austria which put Team USA at the top of the overall medal count.

Yung, the reigning Veteran World Champion, shut out Vladimir Chubarow (RUS), 10-0, in his table of 32 bout.

Seuss, who won bronze in 2011, opened the direct elimination table with a 10-1 victory over Imre Nagy (HUN).

The three Americans remained eligible for the medal rounds when each entered a different quadrant of the quarter-finals.

Streb set up a semifinal between himself and Yang when he defeated Riccardo Carmina (ITA), 10-3, and Yung defeated Volkhard Herbst (GER), 10-8.

On the opposite side of the draw, Seuss defeated Carl Morris (GBR), 10-6.

In the semifinals, Streb edged Yung, 10-9. Yung’s bronze medal was his fifth career podium finish at the Veteran Worlds.

Streb advanced to the semifinal where he earned a silver medal after a 10-8 loss to Paroli.

Although five-time medalist Jim Adams (Rockville, Md.) missed the medal rounds in the +70 epee event on Saturday, he won bronze in the +70 foil on Sunday.

Seeded third after the pools, Adams earned a bye into the table of 16 where he defeated eight-time Veteran World medalist Robert Schiel (LUX), 6-5.

Adams and Miernik met in the quarter-finals where Adams won the bout, 7-6.

Adams went on to earn the bronze after a 10-6 loss to Akira Shinki (JPN).

Davis Carvey (Seattle, Wash.) and Edward Sady (Fairfax, Va.) were both eliminated in the table of 32.

After a bye into the table of 32, Kaihatsu defeated teammate Jamie Douraghy (Los Angeles, Calif.), 10-1.