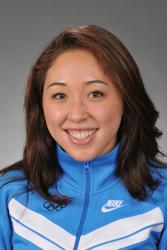 (Colorado Springs, Colo.) – Doris Willette (Lafayette, Calif.) earned the top finish for an American at the Budapest Foil World Cup where she placed 28th on Saturday in the final international Olympic qualifying event before the 2012 U.S. Olympic Team is nominated on April 15.

As the only U.S. athlete to place in the top 32 at the event, Willette moved ahead of Nicole Ross (New York City) in the USA Fencing National Team Point Standings where Willette is now ranked third and Ross is fourth.

The standings are used to select the U.S. Women’s Foil Team that will compete in London with the top three athletes earning Olympic positions in both individual and team events and the fourth athlete being named as the replacement athlete for the team event. With one final event – the USA Fencing Division I National Championships in Virginia Beach – remaining for selection, the team will be selected based upon the rankings at the conclusion of the Division I Nationals. Reigning Senior World bronze medalist Lee Kiefer (Lexington, Ky.) and 2011 Junior World Champion Nzingha Prescod (Brooklyn, N.Y.) are first

Willette finished 14th in the pools on Friday to advance to the table of 64 on Saturday alongside Ross and Prescod who finished third and fourth in the pools, respectively.

Kiefer, who was exempt from the preliminary rounds due to her #7 ranking in the world, finished 33rd after she lost to Martyna Jelinska (POL), 12-9.