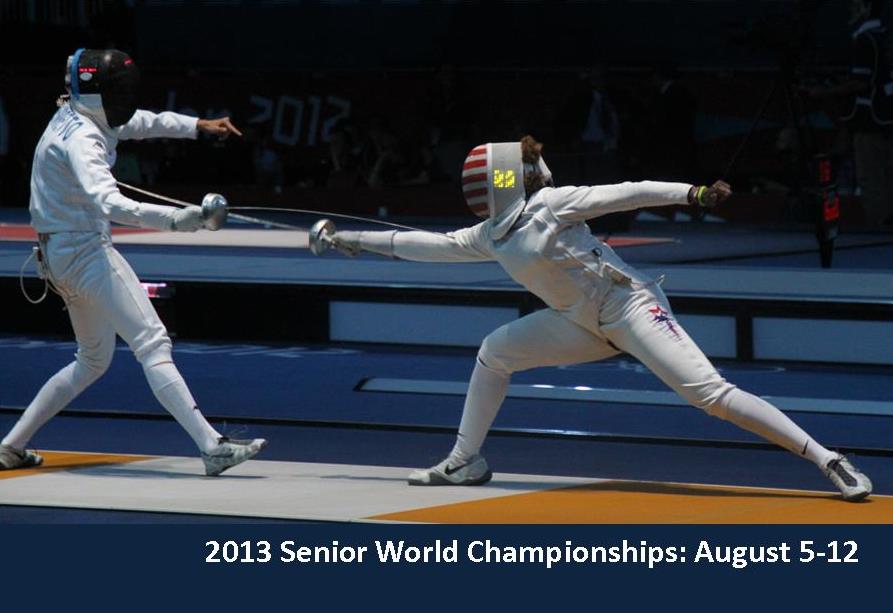 (Budapest, Hungary) – After months of training, preparation and anticipation, the Senior World Championships will begin on Monday with the preliminary rounds of the men’s saber and women’s epee and foil events.

Although Dershwitz has won medals at the last two Junior World Championships, the 17-year-old has focused primarily on the junior circuit and holds a #78 world ranking going into the pools. Dershwitz has posted top-32 and top-64 results in his two Senior World Cup appearances, but the low seed places him against tough opponents, including 2004 Junior World silver medalist Ilya Mokretcov (UKR), 2007 Junior World Team member Shun Tanaka (JPN), Saba Sulamanidze (GEO), Mandeep Singh (FIE), Tarik Ruiz (CHI) and Andriy Yagodka (UKR) who is currently ranked 19th in the world. Of his six opponents, Dershwitz has only fenced one in competition – Ruiz who Dershwitz defeated in the pools at the Pan Ams in June.

Both Ross and Lu will avoid fencing six-time Olympic and 13-time Senior World Champion Valentina Vezzali (ITA) who will be entered in pools for the first time in years after the 2012 Olympic Team Champion took this season off to have a baby.

Competition schedule is as follows (All times local):