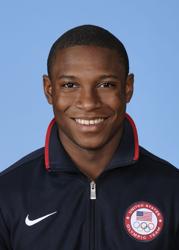 The tournament is the penultimate event of the World Cup season and one of the final qualifying tournaments for the U.S. team that will compete at the Senior World Championships in July.

In the earlier rounds, a position on the Senior World Team may have been decided in the preliminary table of 64 on Saturday.

With the top four fencers in the national team standings as of May 27 qualifying for the Senior World Team, 2014 Junior World team medalist Andrew Mackiewicz (Westwood, Mass.) was ranked fourth at the start of the weekend – just ahead of three-time Senior World Team member Ben Igoe (Staten Island, N.Y.)

As Mackiewicz did not compete in Warsaw, it was Igoe who was able to pick up valuable ranking points.

Igoe earned a bye into the preliminary table of 64 after a 4-2 result in pools and defeated Kostiantyn Voronov (UKR), 15-10, to qualify for the second day of competition.

Although Igoe finished 49th after a 15-7 loss to Yagodka, he nearly doubled the 175-point gap against Mackiewicz in the rankings and moved up to fourth with only the Plovdiv Grand Prix in Bulgaria next weekend remaining before the team is selected.

London Olympian Jeff Spear (Wynantskill, N.Y.), who now sits second in the team standings, solidified his position on the team with Homer and third-ranked Eli Dershwitz (Sherborn, Mass.) after he advanced to the table of 64. Spear lost his opening bout on Saturday, 15-6, to Nicolas Rousset (FRA) and finished in 49th place.