Kiefer and Prescod Qualify for Rio at the Havana Grand Prix 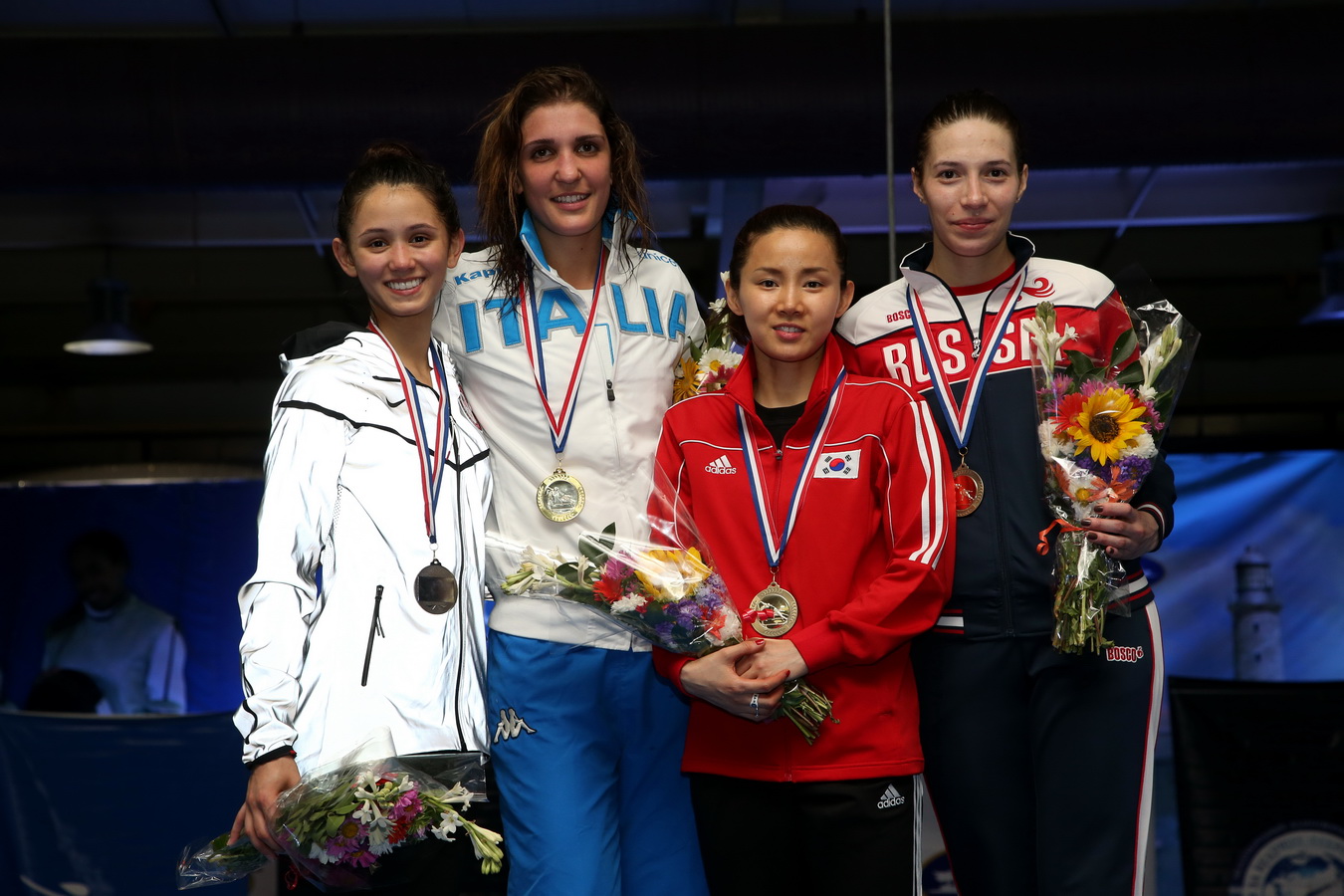 (Colorado Springs, Colo.) – Lee Kiefer (Lexington, Ky.) and Nzingha Prescod (Brooklyn, N.Y.) have been U.S. National Teammates since Kiefer qualified for her first Cadet World Team as a 13-year-old in 2008 where she would win bronze to the gold of a 15-year-old Prescod.

The two have won international medals together as teammates and individual Senior World Championship medals with Kiefer winning bronze as a 17-year-old in 2011 and Prescod earning bronze at 22 last summer.

In August, the duo will be together again fencing at the Olympic Games in Rio where they are each on the short list of top medal prospects at their second Olympic Games.

While there was a team event in London, this year the women’s foil field has been cut down to a maximum of two per nation with everyone needing to qualify individually as one of the top 14 fencers in the world on the Adjusted Olympic Rankings.

The qualification process began at the Pan American Championships in April of 2015 and went on to include five World Cups, three Grand Prix tournaments and the 2015 Senior World Championships with the final event taking place on Saturday at the Havana Grand Prix in Cuba.

With Prescod entering the second leg of the qualification period last fall as a World medalist and Kiefer being ranked as high as No. 3 in the world, the two were among Team USA’s favorites to qualify, but they had a number of teammates who were also aiming to pull an upset, including Sabrina Massialas (San Francisco, Calif.) – a top-16 finisher at the Senior Worlds as an 18-year-old who finished the qualifying period ranked 21st in the world and chose to skip the Havana tournament in order to compete for Notre Dame at the NCAA Regional Championships.

With a top-eight result at Senior Worlds and a bronze at the St. Maur World Cup last fall to her credit, Kiefer came into the tournament ranked seventh in the AOR and used her tendency to make a nearly unbeatable final kick to her advantage in each match.

Tied with Valentina Cipriani (ITA) at three touches in the first period of the table of 64, Kiefer went on a 7-2 run and closed the bout at 15-8.

Kiefer was tied with her table of 32 opponent, Seungmin Lim (KOR), at seven touches each early in the second period before scoring eight straight touches to take a 15-7 win.

In the table of 16, Kiefer was tied again at seven touches with Ines Boubakri (TUN) in the first period. As she had in the first two rounds, Kiefer went on a tear and scored eight of the next 10 touches to win the bout, 15-9.

Kiefer would meet her friend and London Olympic teammate, Nicole Ross (New York City, N.Y.) in the quarter-finals where the stakes were high for Ross, a six-time Senior World Team member. Ross, who won silver at the 2015 Pan Ams and earned her first individual top-eight result at a World Cup in St. Maur, needed a silver medal win in Havana to qualify for her second Olympic Games.

While the odds may have been difficult, Ross came to Havana on a mission and tore through her first two opponents, defeating 2014 Pan Am silver medalist Kelleigh Ryan (CAN), 15-3, in the table of 64 and two-time individual Senior World medalist Edina Knapek (HUN), 15-2, in the 32. Ross opened with a strong first period against fourth seeded Ysaora Thibus (FRA) with a 9-1 lead in the table of 16 and went on to win the bout, 15-6.

Ross lost her last international bout against Kiefer in the finals of the 2015 Pan Ams, but had upset her teammate in 2013 in the table of 32 at the Senior Worlds. With the score tied at five in the quarters, however, Kiefer pulled away again and earned the win, 15-8.

Although Ross would move up to No. 13 in the world rankings, the rule that only two athletes per nation could qualify meant that she would be out of contention for Rio.

With a medal secured, Kiefer found herself trailing an opponent late in the bout for the first time all day as Diana Yakovleva (RUS) held a 13-11 lead in the semis. Kiefer outscored the Russian, 4-1, however, to steal the win, 15-14.

Kiefer took on Arianna Errigo (ITA), a two-time Olympic, in the finals and held the seven-time Senior World Champion at a tie at seven in the first period. This time it would be Errigo who would pull away and take the bout, 15-10.

Prescod faced a difficult opponent in her table of 64 bout where she faced Yongshi Liu (CHN) who needed a win over the American to qualify for her own Olympic berth. Although Liu won the bout, 15-11, Prescod’s 34th place finish would earn her a position on Team USA in Rio as the No. 8 athlete in the Adjusted Olympic Rankings.

Kiefer and Prescod will be nominated to the 2016 U.S. Olympic Fencing Team in April. All athletes are subject to approval by the U.S. Olympic Committee.

Kiefer, Prescod, Ross and Massialas will fence one final tournament together as a team at the World Team Championships next month in Rio. A test event for the Olympic Games, the World Team Championships is an opportunity for the events that are held only for individuals at the Games to award titles in the team competition. This year, the event will feature women’s foil and men’s saber with the U.S. Women’s Foil Team ranked No. 4 after two World Cup medals this year and aiming to win their first medal at the event since 2001. The U.S. Men’s Saber Team also is hoping to make history after securing the No. 1 world ranking and the top seed in the tournament.