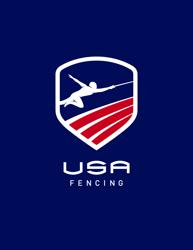 The petitions of Bill Oliver and Mark Stasinos as candidates for the position of president in the election were validated as well as the petition of David Blake as a candidate for At-Large Director.

Oliver and Stasinos will appear on the ballot for position of President along with Donald Anthony who was nominated by the Nominating Committee in January.

Blake will join the At-Large Director ballot alongside Michael Aufrichtig and Lorrie Marcil-Holmes, who were both selected by the Nominating Committee in January as well.

As announced in January, David Arias will run as the candidate for treasurer.

The complete list of candidates for the 2016 USA Fencing Board of Directors Election is as follows:

President (One to be Elected):

Treasurer (One to be Elected):

At-Large Director (One to be Elected):

Per the Bylaws, the candidate receiving the most votes for each position will be elected. Results of the election will be announced on June 11.