Learn from the Best: USA Fencing Clinics with the 2016 U.S. Olympic Foil Team 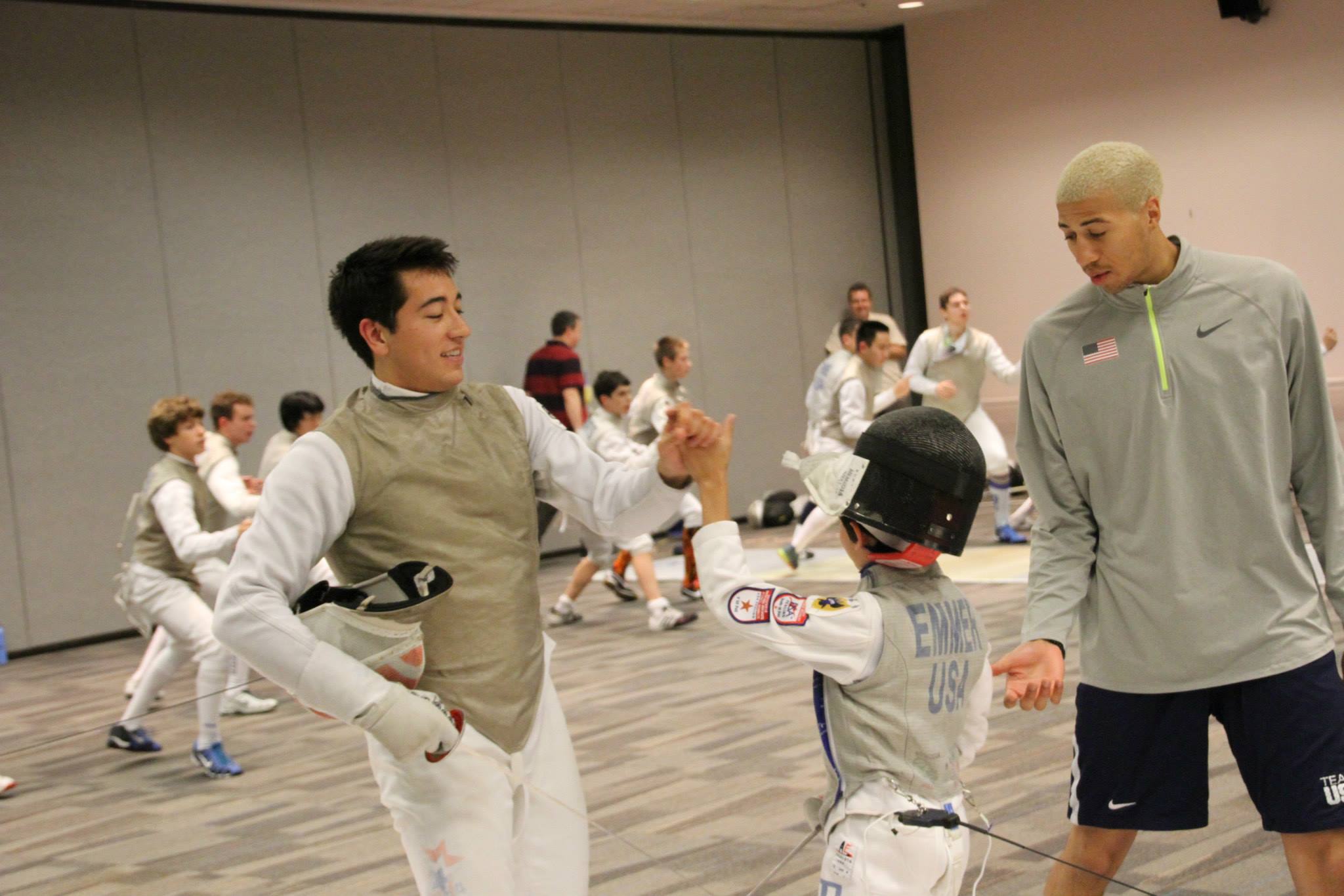 Olymipans Gerek Meinhardt and Miles Chamley-Watson worked with young fencers at a past clinic in Columbus. 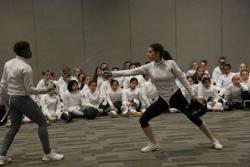 Olympians Nzingha Prescod and Nicole Ross led a session at a fencing clinic during the 2014 Summer Nationals.

Junior, cadet and youth fencers will have the opportunity to participate in a clinic with members of the 2016 U.S. Olympic Fencing Team during a pair of two-hour clinics on July 5 at the USA Fencing National Championships in Dallas, Texas.

The women’s foil clinic will be held from 11 a.m. – 1 p.m. at the Kay Bailey Hutchinson Convention Center. Athletes will work with 2016 U.S. Olympic Team members Lee Kiefer (Lexington, Ky.) and Nzingha Prescod (Brooklyn, N.Y.) as well as 2012 Olympian Nicole Ross (New York City, N.Y.) Kiefer and Prescod are both past Senior World medalists while Ross is a six-time Senior World Team member who is currently ranked No. 12 in the world.

All proceeds from these clinics will go directly to support the U.S. Men’s and Women’s Foil Teams.