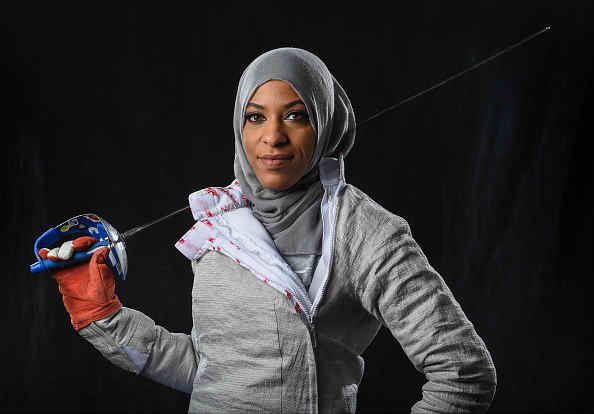 In Ibtihaj Muhammad, fencing might have finally found an athlete whose story transcends the sport.

Muhammad will make history at the Rio Games by becoming the first American athlete to wear a hijab — a Muslim head scarf — while competing in the Olympics.

Muhammad's Olympic goal — beyond winning a medal, of course — is to be a positive role model for the Muslim-American community. Muhammad is well on her way to doing so, recently earning a spot on Time's 100 Most Influential People of 2016 list.

"I've been in this sport for a pretty long time — at this point I feel like I've kind of created a name for myself. If anything, I think the wonderful thing is that now these young kids, they see Muslim women involved in sports. So it's not an anomaly anymore," Muhammad said at the Team USA media summit Los Angeles in March.

But Muhammad is hardly the only American poised for a breakout in Rio.

The U.S. might be as strong as it's ever been ahead of an Olympics — and the fact that this year's Games will be broadcast live in the Eastern time zone should only help fencing's growth domestically.

The Americans and Russians caught some bad luck because two of their top teams — men's sabre and women's foil — won't compete in Rio because the IOC only has room for 10 of the sport's 12 divisions during the Olympics. But those athletes will still compete as individuals.

Here are some of the key story lines to follow during this year's Olympic fencing tournament.

The U.S., France and Italy have three teams ranked in the top three in their weapon in the most recent FIE rankings, trailing only Russia's four.

The Americans haven't won a gold medal in men's Olympic fencing since Albertson Van Zo Post in 1904. But Alexander Massialas, the son of former national team coach Greg Massialas, is ranked No. 1 in the world in men's foil. Gerek Meinhardt and Race Imboden — who's also a fashion model — also owned top-five spots in that weapon as June 18... more>