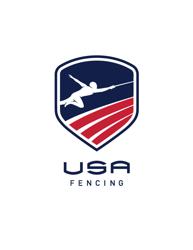 Beginning August 1 2016, a foil fencer who reverses the line of his/her shoulders (bringing the shoulder of the non-weapon arm forward of the weapon arm shoulder) is now subject to a Group 1 penalty (a yellow card). Much like other penalties (such as corps-a-corps to avoid a touch or substitution of non-valid target), any hit scored by the fencer committing the penalty will be annulled.

This rule change was proposed by the FIE because, during actions where a fencer reversed his/her shoulders, it was not always clear whether or not the fencer had covered target with his/her off-arm. This was particularly true when the fencer in question was facing away from the video replay camera. The new rule simply states that any reversal of the shoulders is now a penalty, irrespective of whether or not the fencer has covered his/her target. See the proposed modifications to the rules for more details on the rationale behind the change.

Please note that this rule change applies to foil only, and does not affect epee or sabre.