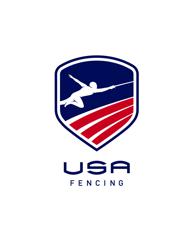 As announced last spring, USA Fencing has adopted the FIE rule change regarding new on guard lines for saber events per the following:

“For sabre, the referee places each of the two competitors in such a way that the back foot of each is 2 m from the centre line of the piste (that is, in front of the "on guard" lines). Application as follows: the tests have to be done after the Olympic Games and until December 31, 2016 and, according to the ad hoc Commission, the Executive Committee will decide if the rule will be applied for the rest of season 2016-2017.”

Recently, the FIE published the following clarification regarding the rule:

In order to respect the t. 17.4 “When placed on guard during the bout, the distance between the two competitors must be such that, in the position ‘point in line,’ the points of the two blades cannot make contact.” The distance between the athletes will be set for 3 meters. The pistes will have markings accordingly.

In accordance with the FIE, markings will be placed on all strips for national events beginning at the October North American Cup (Oct. 7-10 in Detroit) and will be 3 meters apart (1.5 meters on either side of the center line). Per the FIE clarification, fencers will be 3m apart and will not be required to have the back foot in front of the original on guard line. All sanctioned USA Fencing tournaments will be required to mark strips used for saber beginning on Nov. 1.

Per the FIE decision: The on guard line rule that took effect on Aug. 1 was approved for TESTING only and is for SABER only. Foil and epee’s rules regarding the on guard line remain unchanged. The testing period began on Aug. 1 and will continue through Dec. 31, 2016.

After the testing period, the FIE COMEX will make an analysis and decide whether to keep the change.