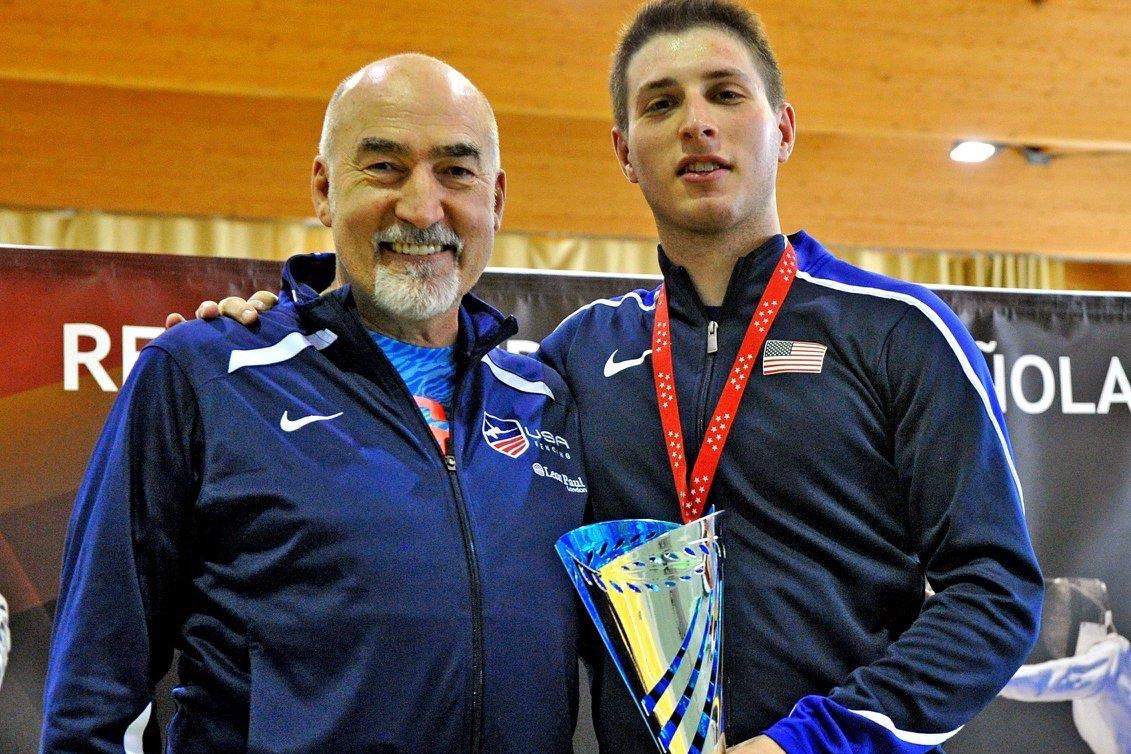 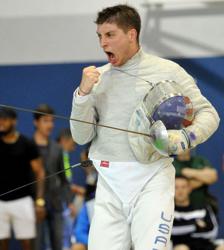 (Colorado Springs, Colo.) – Rio Olympian Eli Dershwitz (Sherborn, Mass.) returned to the podium on Saturday, winning his second medal on the World Cup circuit with a silver medal and returning to a position as one of the top 10 fencers in the world.

Dershwitz, who won gold last year at the Seoul Grand Prix, entered the event as the No. 13 seed and earned a bye into the table of 64.

Down by two touches at the break of his first direct elimination bout against Nicolas Rousset (FRA), Dershwitz scored six straight to take a 12-9 lead in the second period and held off a comeback by Rousset to take the bout at 15-13.

Fencing in the quarter-finals for the first time this season, Dershwitz secured a medal with a 15-10 win against 2012 Olympic team bronze medalist Luigi Samele (ITA).

In the semifinals, Dershwitz fenced two-time reigning Olympic Champion Aron Szilagyi (HUN) for the first time in his career. Dershwitz ended the first period with a 7-2 run against the No. 3 fencer in the world to take an 8-4 lead at the break and controlled the second period to earn a 15-8 victory.

Dershwitz took on 2015 Senior World bronze medalist Max Hartung (GER) in the finals. While Hartung led the bout, 8-6, after the first period, Dershwitz tied the score first at 10 and again at 13. Although Dershwitz regained the lead at 14-13, Hartung took the final two scores to win the bout, 15-14.

The silver medal finish allowed Dershwitz to climb the world rankings from No. 17 to No. 10 with one event remaining in the season – the Moscow Grand Prix which will be held from June 2-4.

Rio Olympic silver medalist Daryl Homer (Bronx, N.Y.) earned an 18th place finish in Madrid. After a 15-9 win against Vasiliy Shirshov (RUS) in the table of 64, Homer missed the opportunity to fence Dershwitz in the 16 when he lost to Nuccio, 15-13, in the 32.

Two-time Junior World Team member Ben Natanzon (Manalapan, N.J.) finished the pools with a 4-2 record on Friday and qualified for the table of 64 with wins over Andres Hernandez Caballero (ESP) and Siarhei Kisel (BLR) by 15-10 and 15-13 scores, respectively. Natanzon drew Hartung in the 64 and lost his bout, 15-5.

In the table of 16 match against Japan, Dershwitz had the team’s best performance, posting a +14 indicator as the Americans won the match, 45-44.

Team USA fenced Romania, the reigning Senior World Team bronze medalists, in the quarter-finals and Loss posted a key win over Dolniceanu, 8-3, in the second bout to put the U.S. squad ahead at 10-8. Romania soon regained the lead which grew to six touches at 35-29 by the end of the seventh bout. Dershwitz outscored Iulian Teodosiu, 9-5, in the setup bout to close the gap to two at 40-38, but Dolniceanu won the anchor leg against Homer and Romania took the match, 45-41.

In the first match of the 5th – 8th place table, Dershwitz stepped up again with a +13 indicator to lead the Americans to a 45-42 win against France.

Team USA would fence Iran for fifth in a rematch of their quarter-final at the 2016 Senior World Team Championships. With a 40-38 lead after the eighth bout, Homer anchored Team USA to a 45-42 victory after a 5-4 win against Mojtaba Abedini (IRI) in the ninth bout.