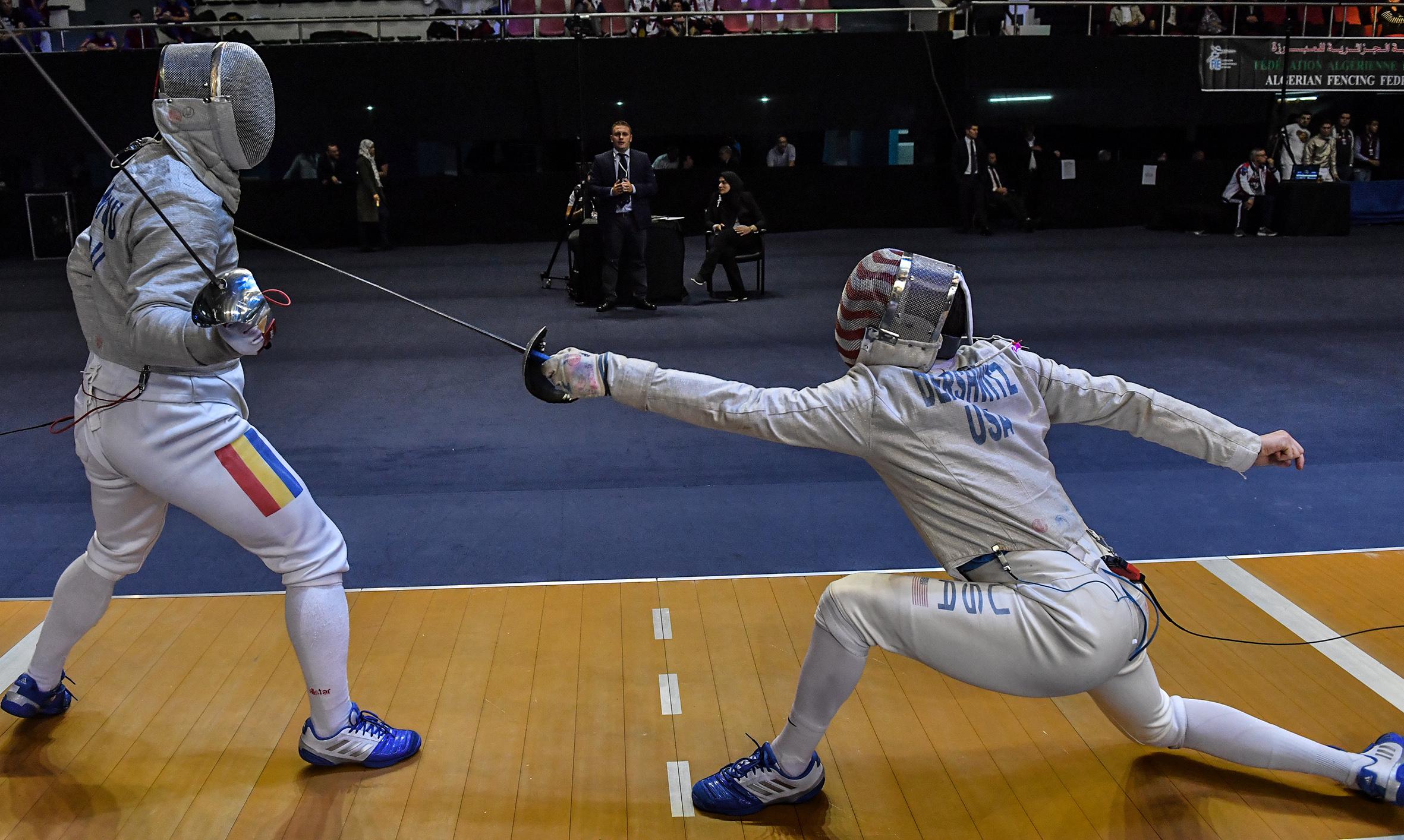 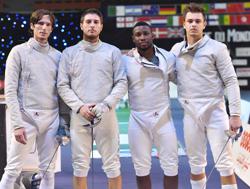 The gold medalist in Algiers a season ago, Dershwitz was exempt from the preliminary rounds of competition due to his world ranking.

In the table of 64, the 2016 Olympian faced Khalil Thompson (Teaneck, N.J.), the silver medalist at the October North American Cup, with Dershwitz edging out his teammate, 15-12.

However, Dershwitz made an early exit in the following round with a 15-10 defeat against three-time Senior World bronze medalist Tiberiu Dolniceanu (ROU).

Ranked No. 15 entering the competition, 2016 Olympic silver medalist Daryl Homer (New York, N.Y.) also was exempt from day one’s event, but he was upset in the table of 64 by Stefano Lucchetti (ARG), 15-14.

In the USA Fencing National Rolling Point Standings, Dershwitz and Homer remain No. 1 and No. 2, respectively, while Spear moved up to the No. 3 position. Andrew Mackiewicz (Westwood, Mass.) currently ranks fourth.

At just his second event on the senior World Cup circuit, eighteen-year-old Daniel Solomon (Lexington, Mass.) went 4-2 in pools to earn a bye to the preliminary table of 64, where he posted a 15-12 victory over Sebastian Cuellar (COL).

Competing in day two for the first time in his career, Solomon drew No. 15 Fares Ferjani (TUN). Solomon kept the bout close, but couldn’t overcome the two-time African Champion, losing 15-12.

Dershwitz, Spear, Homer and Mackiewicz competed for Team USA on Sunday in the team competition, winning their final three bouts of the day to finish ninth.

The United States was able to regroup in the 9th-16th place table, earning a victory over Colombia, 45-38. Team USA won or tied each of the first six bouts to take a 30-18 lead. Colombia won the next two, 18-10, to cut the gap to four, but the Americans shut the door on an upset, clinching the match with a 5-3 victory in the final bout.

Up next was Ukraine. Although the Ukrainians secured an early lead, Team USA rebounded and took a 25-18 lead at the end of the fifth. Ukraine edged out the U.S. in the next two rounds, but Team USA won the final two bouts for a 45-34 victory.

Fencing for ninth place, the United States dropped the first bout, but it would be the team’s only loss of the match as the squad went on to earn a 45-32 victory.