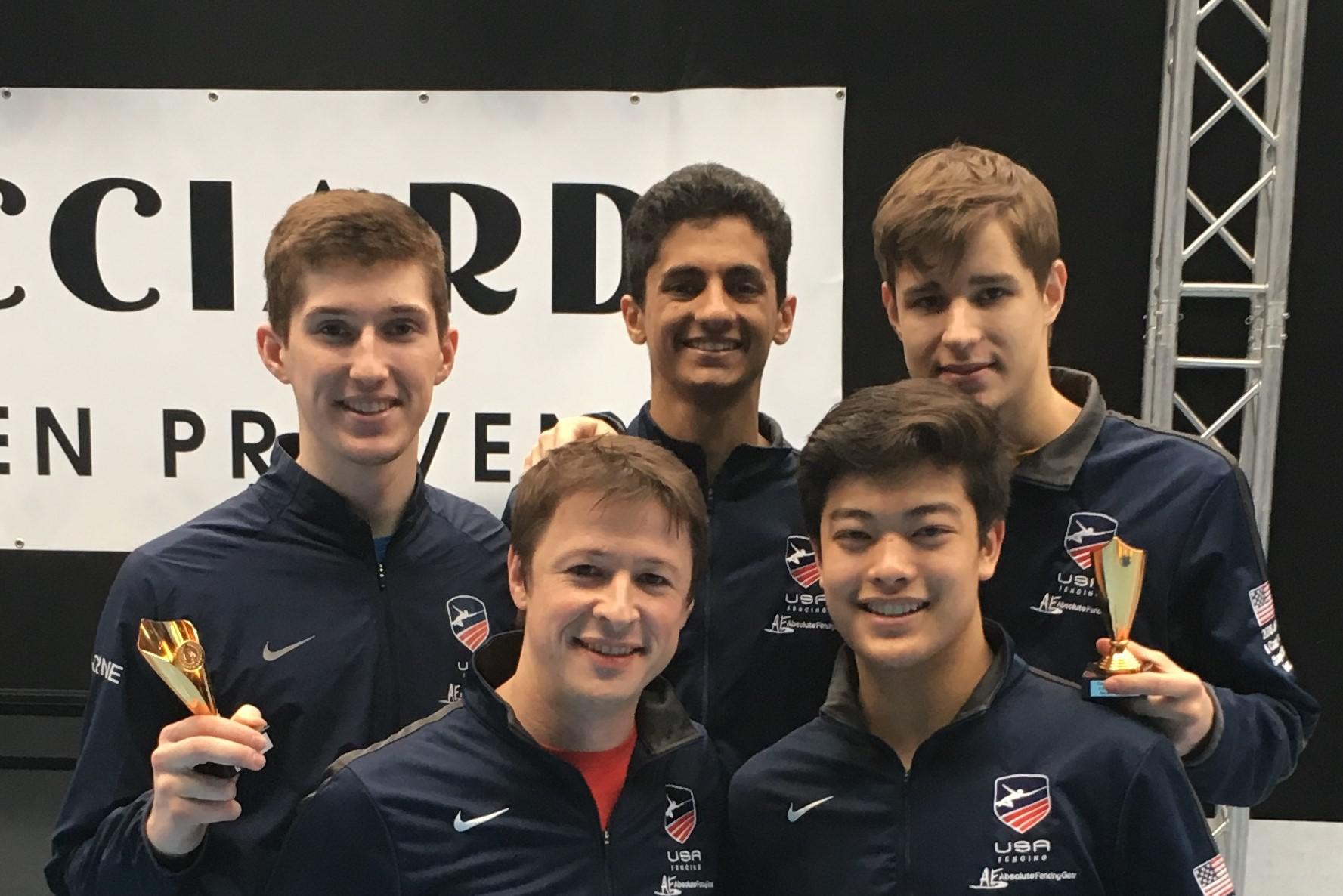 After competing mostly on the senior circuit in 2018, Tourette earned bronze at his first Junior World Cup of the year on Saturday.

The 2016 Cadet World Champion who has won junior gold at every national event he’s competed since January of 2017 went 6-0 in pools to take the sixth seed and a bye to the table of 128.

To guarantee a medal, Tourette fenced Alessandro Stella (ITA), who defeated Ashton Daniel (Cupertino, Calif.) in the previous round. Tourette held Stella to single digits, 15-9, but lost in the semifinals to the gold medalist at the London Junior World Cup earlier this season, Anton Borodachev (RUS), by a score of 15-6.

The squad started its day with a victory over Denmark. Despite losing three of the first four bouts, Team USA won the next four – including two by Olivares, who was +7 on the match – to secure a 45-37 victory.

In the quarterfinals against Italy, Team USA found itself down one after three rounds, but responded to win three in a row to take a 30-24 lead. Italy won the las three, but the Americans hung on for a 45-42 win. Tourette tallied a +7 indicator on the match, taking his first two bouts to help give Team USA a lead.

After falling to Russia, 45-36, in the semifinals, the United States bested Poland in the bronze medal match, 45-31. Team USA came out strong, building a 20-4 lead after four bouts. Poland cut the lead to five with two bouts remaining, but Machovec won the eighth, 7-1, and Tourette anchored the team with a 5-2 victory to clinch a medal.

Machovec won all three of his bouts for a +15 indicator.