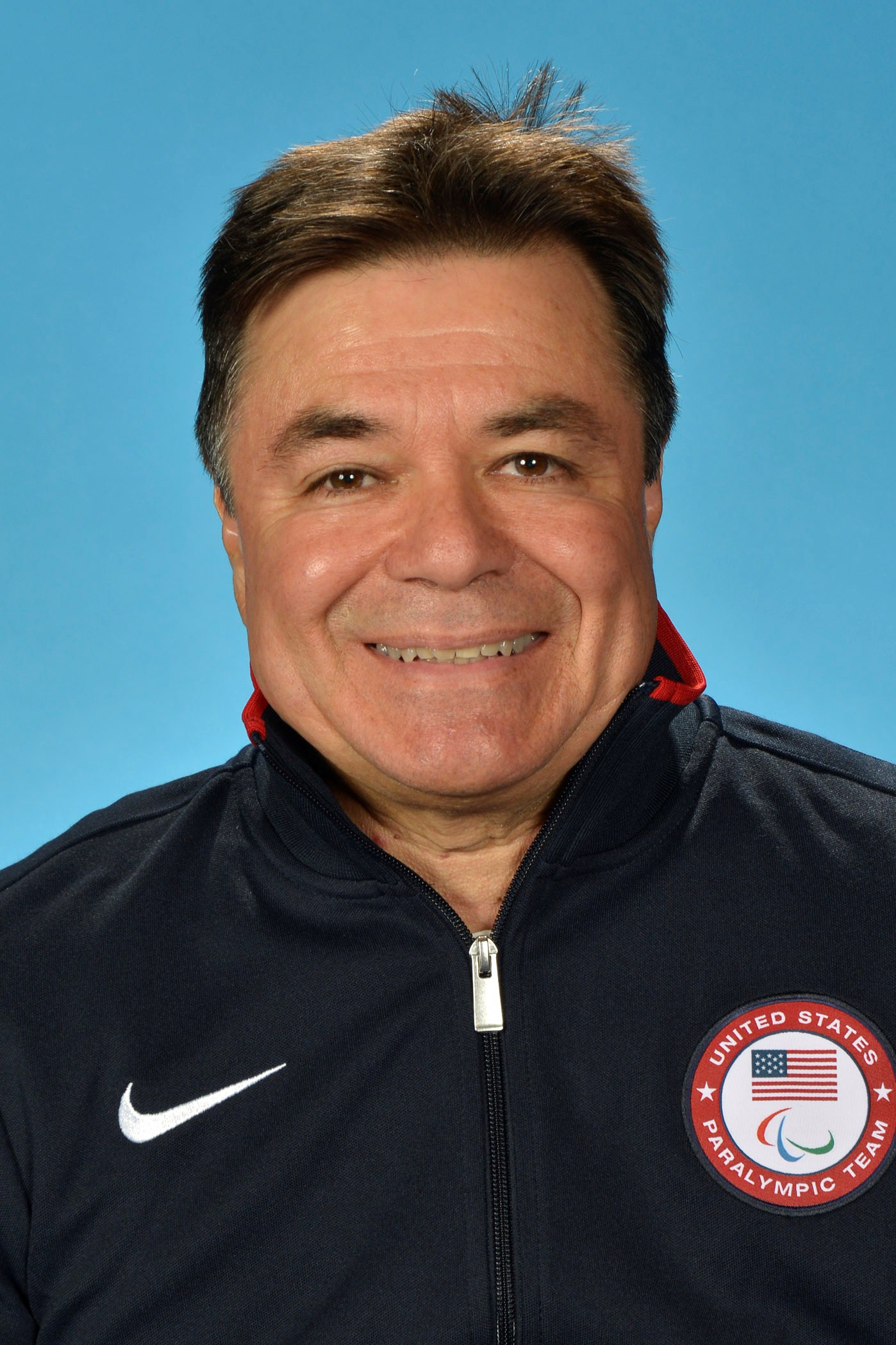 Personal: Moreno was born and raised in Los Angeles by Manuel and Hortense Moreno.  He played football and pole vaulted for Beverly Hills High  and was an all-around sports enthusiast. He started fencing saber as a sparring partner for his older brother, Magic, and began to fence competitively at Cal State L.A.

On October 24, 1981, Moreno was shot during a home invasion robbery. The bullet missed his heart by a half an inch and shattered his vertebrae into his spinal cord leaving him paralyzed from the waist down.  After six months, he was released from the hospital and set out to create a meaningful and productive life.

Moreno reentered society through sports, playing wheelchair basketball, skiing and hand-cycling. He eventually learned to play wheelchair tennis, got certified in scuba diving, conquering every obstacle, one at a time. He started off-road wheelchair racing with mountain bikers and won national titles in both downhill and dual slalom sit skiing. hampion. After redirecting his professional career, he worked his way up to establish his own accounting practice.

Moreno started to fence again in 1996. He fences saber and foil and represented Team USA at the Sydney, Athens, Beijing and London Paralympic Games.

Moreno missed participating in competition for the majority of 2010 due to illness in his family. In March of 2012, his mother passed away after a long battle with cancer, but she traveled to Sao Paulo, Brazil in 2011 to watch her son win gold at the Pan American Ch

Moreno dedicated his Paralympic efforts in memory of his mother who gave her unconditional love, support and encouragement to his success.

In addition to wheelchair fencing, Moreno currently sits on the board of directors of several non-profit organizations that help the disabled and mentors the newly injured.  He married his wife Carol in 1997 and they now reside on the Westside of L.A.