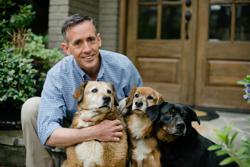 How did you get involved with fencing?

It was 1992 and I was looking for a way to stay in shape. I had always been curious about fencing and was surprised to find a class in Birmingham. This was a recreational group but we formed a USA Fencing club after a few years and began holding tournaments. Things changed in 1998 when we welcomed two high level coaches who chose Birmingham over many other locations. Yuanjing Wang was an Olympic referee for two Games, was a senior member of the Chinese National Team coaching staff, competed at a high level, and has an advanced degree in fencing. Hongyun Sun is an Olympic medal winner from the Seoul Games, has a degree in fencing, and was a Chinese National Team coach. My involvement in the sport beyond our own club was largely due to the quality of their coaching and the results of our students.

Everyone supporting USA Fencing as a Board or Committee member is passionate about our sport. I am not a great competitor, referee or coach but I bring other skills and experiences that have been useful. My goal is to support USA Fencing in whatever way will support our elite athletes and build awareness of fencing at the club level throughout the country. Supporting fencing outside of traditionally strong regions of the country has been particularly important to me - being from a Southeastern club. My biggest contribution as a Board member Providing have been to support a very capable staff with assistance in fundraising and financial management.

What made you want to go into accounting?

My college career began as a music major, with the goal of becoming a professor. I switched to accounting as a practical matter, although I've always had to manage a left-brain right-brain personality. I started work as a CPA but realized the work was not a good fit. It wasn't until I began working at the American Red Cross that I realized the nonprofit world was home for me. Accounting skills have been very valuable, but so have the training I received in music. Decision-making and fundraising require both sides of the brain.

You're currently the chief development officer of First Coast No More Homeless Pets in Jacksonville, Fla. What drew you to that organization?

I worked in animal welfare for a year during my first term with the USA Fencing Board in 2013. I recently reconnected with a good friend who worked with me at the American Red Cross.  He is now the CEO of one of the largest nonprofit veterinary clinics in the United States and had been looking for a Chief Development Officer for some time.  Several long conversations later and I was excited to join First Coast No More Homeless Pets as their new CDO, raising funds to support their mission of providing affordable and accessible veterinary care in the greater Jacksonville FL area.

What does your role at the Birmingham Fencing Club? What does that involve?

Our coaches handle matters involving training, curriculum, and competitions. My role involves larger administrative decisions, and I manage most of our activities related to recruiting new fencers to the Birmingham Fencing Club. It has been an extraordinary partnership with our coaches over the last 19 years, built on trust and common goals.

What do you like to do in your free time?

Between work, volunteer time with fencing and my church, and time with my family, there isn't much free time. My wife and I are spoiled because all three of our adult children are in the Birmingham area. I enjoy good food, wine, music and movies. I'm also passionate about automotive design and history, and drive an old Porsche Boxster.