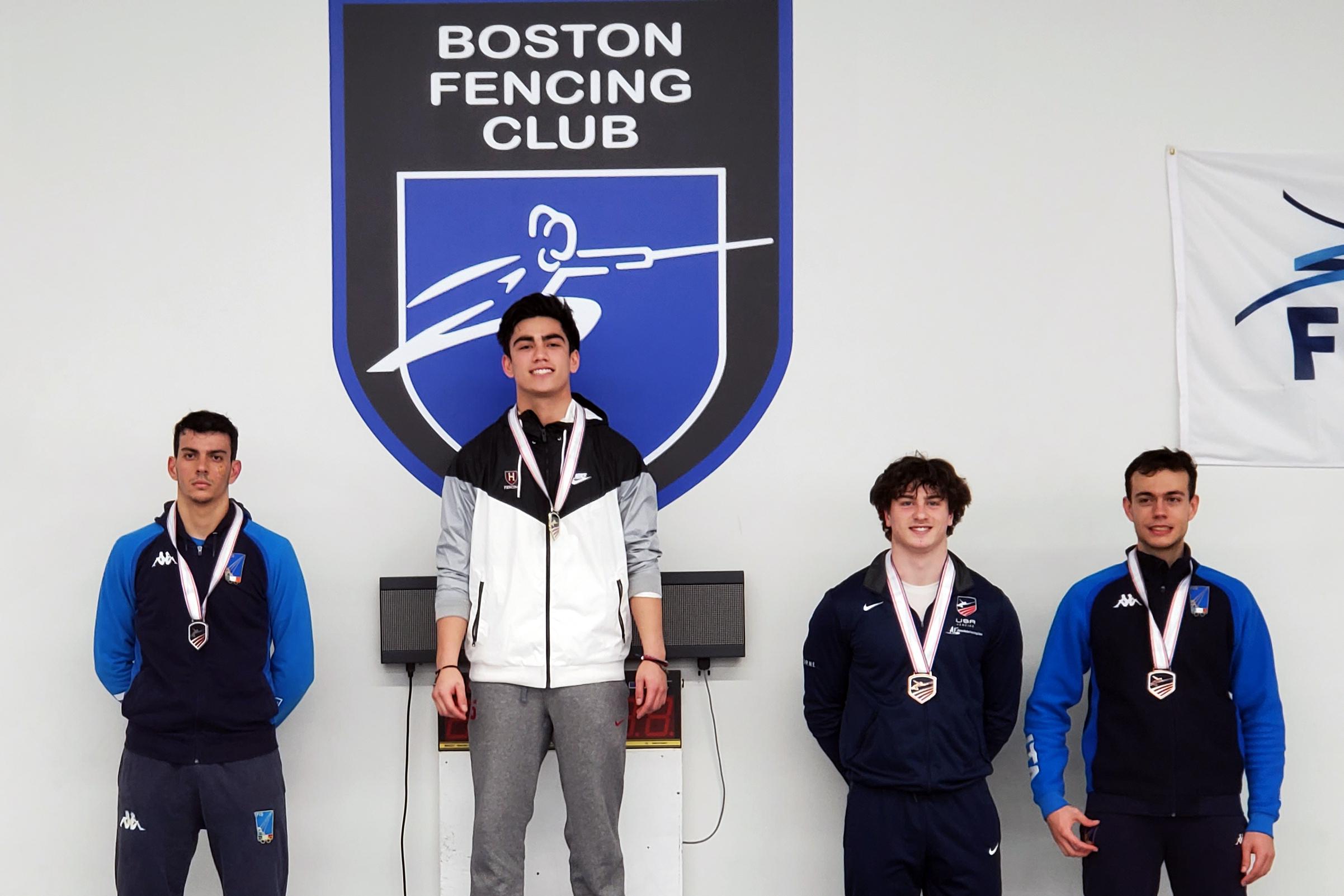 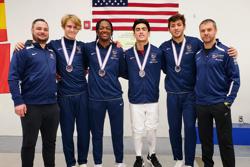 Team USA won three medals, including both individual and team podium finishes, this past weekend with Saron, a 2019 Junior World Championship bronze medalist, clinching the gold – his first at a Junior World Cup – to become the No. 1 fencer in the FIE Junior Men’s Saber World Rankings.

Competing at his second event on the circuit, Trenton Schmitt (Granite Bay, Calif.) secured the bronze and on Sunday, Team USA earned the silver.

Saron, who won his first Junior World Cup medal last year in Phoenix, went 6-0 in the direct elimination rounds, beginning with a 15-9 victory over two-time Cadet World Team member Szymon Hryciuk (POL) in the table of 64.

Fencing for gold and with the crowd on his side, Saron outtouched 2019 Junior World Team Champion Michele Gallo (ITA), 15-14.

With the title, Saron also claimed the top spot in the USA Fencing Junior Men’s Saber Team Point Standings, jumped up from fourth as he seeks to qualify for the Junior World Championships for the third straight year.

Schmitt went 5-1 on the day to win his first Junior World Cup medal.

With Saron, Schmitt, Lortkipanidze and Harley all reaching the quarters, Team USA made up half of the top eight.

With a 15-13 win over 2019 Senior African Team Champion Mehdat Moataz (EGY), Lortkipanidze advanced to the quarter-finals, where he lost to Schmitt.

Harley earned a 15-9 victory over 2019 Junior World Team member Julian Richards II (GBR) in the table of 16, but came up one win shy of a medal with the loss to Saron in the quarters.

On Sunday in the team event, Saron anchored the team that included his teammate on the team that won bronze at the 2019 Junior Worlds, Kamar Skeete (Duluth, Ga.), as well as Jackson McBride (Gilbert, Ariz.) and 2019 Cadet World Team member Luke Linder (Chandler, Ariz.), who rank No. 2, No. 4, and No. 5 respectively in the Team Point Standings.

As the No. 2 seed, Team USA earned a bye to the quarter-finals, where it won the first three bouts to take a 15-8 lead over Canada and held on for a 45-38 victory.

In the semifinals, the Americans once again started the match strong, winning or tying the first six bouts for a 30-19 advantage over Germany. Germany won the seventh, 11-5, but Team USA responded by taking the final two bouts for a 45-26 win.

In a finals match-up between the two top-ranked teams in the world, Italy proved too much for the United States to handle, as it claimed silver with a 45-38 loss.