(Colorado Springs, Colo.) – USA Fencing is pleased to announce the 2019-20 season’s second group of recipients for the Spirit of Sport Recognition Program, recognizing six members of the fencing community who have exemplified outstanding dedication to the sport and are an inspiration to others.

The six recipients for the second quarter’s Fencing Spirit of Sport Award are as follows:

In addition, for the second straight season, USA Fencing will honor one annual Fencing Spirit of Sport winner. After the fourth quarter winners have been announced, a selection committee will name the top selection in each region as well as one wildcard choice from the pool of 24 winners named throughout the season. The fencing community will then select the winner from the final seven in an online vote available to the entire USA Fencing membership.

The overall winner will receive a trophy and will be honored at the 2020 USA Fencing National Championships and July Challenge in Louisville, Ky.

Nominations for the third quarter are due March 1. The nomination form can be found here. 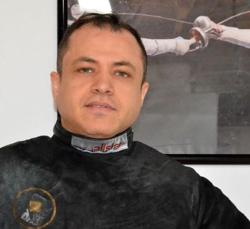 Yasser ElDarawani’s students are not only learning the proper techniques of fencing, but also building life skills while having fun. As a coach, ElDarawani has taught his fencers to measure their own personal progress on their improvement, learning and enjoyment in the sport, rather than on medals and ranking alone. The switch in thought process also has relieved stress and kept his students from being too hard on themselves as they focus on what they can learn rather than losing. But at the same time, he finds the balance in challenging and holding them responsible. As a result, ElDarawni has earned the trust of his students and those in the club.

“Coach Yasser has a brought a complete new level of dedication and discipline to competitive fencing in the Seattle area,” Tikekar said. “He has successfully made fencing and competing fun again for my daughters … In the stressful competitive environment coach Yasser is a breath of fresh air.” 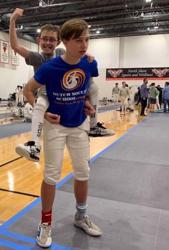 A mentor in his club, Caiden Cannon is a true teammate. If one of his teammates is having a bad day, Cannon is there to sit down with them, listen and offer encouragement. He is always willing to fence and offer fencing advice to the younger kids at the club, wanting to see his clubmates improve. Even at tournaments, Cannon will step in to help coach if the other coaches are busy – showing up whether he’s fencing or not. A true testament to the positive influence Cannon has become, others are showing the unselfishness and dedication that Cannon gave them, creating a better fencing environment for all.

“I truly think he has helped create a circle of kindness and support in our foil group, which can often be hard to find in such a competitive environment as fencing often is,” Cullivan said. “It’s people and relationships like what Caiden has fostered with some of the younger fencers that create a sense of family. We are lucky to have Caiden at our club!” 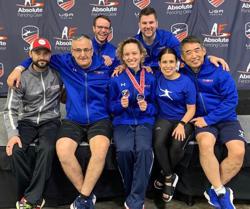 Madison Four-Garcia has found her home in the sport of fencing, telling others she’s happiest at her fencing club. The first in the door and the last to leave, Four-Garcia always gives 100% and is self-motivated to meet her goals. Respectful to all, Four-Garcia is willing to try new methods, practicing until she gets them right. Considering her teammates her family, she helps the younger fencers, her teammates and even her opponents at tournaments when needed, coaching and cheering them on. After a loss, Four-Garcia is the first to console her teammate, giving hugs and finding a way to put a smile back on their faces.

“Fencing has been and continues to be a tremendous gift to Madison and by extension to our family because we get to experience her best attributes and her joy through her fencing,” Four said. 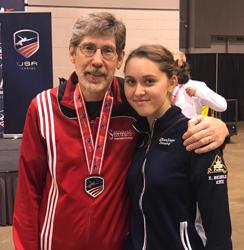 Jim Beihold began fencing in college, and even when people stopped showing up, it didn’t discourage him because he loved the sport. Now, he’s not only a veteran fencer, but the treasurer for the Southern California Division, where he goes above and beyond, spending countless hours working on the website, writing articles and planning tournaments. Putting any money he receives back into the division, he wants everyone to have the best fencing experience with the hope it keeps them in the sport. Somebody with a lot of creativity, Beihold is always thinking of new ways to improve fencing-related devices, including his own mini body chord tester and a scale that tells you how strong the spring in your tip is. Beihold’s love for the sport is infectious and when he’s not fencing or helping the division, fencing is a family affair.

“My dad introduced me to his love of fencing around the same time I learned to walk, as there are pictures of me in a tutu stabbing him with an epee. As I grew older, my dad would give me foil lessons in our driveway, where afterwards, we would have long talks about strategy. Fast forward about a decade and I am now a collegiate competitor at UCSD, where my dad is my biggest cheerleader. I feel that any success I have in competition is not just mine, but his, for all the time, effort and care he's put in to my fencing career,” Emily Beihold said. 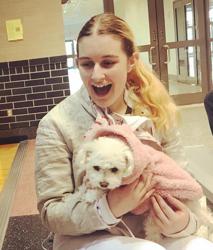 Sarah Calvert has done a lot for the sport of fencing after herself coming a long way in the sport. Initially unsure of herself and someone who would apologize for hitting another fencer, Calvert has become a confident competitor. She is friendly with all at camps and tournaments, making people feel welcome. Now a captain in her club, Calvert encourages her teammates and helps with the development of her club mates. Somebody who leads by example, Calvert shows exemplary teamwork and sportsmanship, complimenting her opponents on great touches and congratulating her opponent when she loses. No matter how long the day, she is there for her teammates at tournaments, cheering them on. She can’t get enough of the sport, earning her Assistant Moniteur coaching certification and starting to referee this year.

“It's clear Sarah loves fencing,” Lu said. “Sarah is passionate about developing in all the ways she can within the sport … I'm excited to see what she is able to accomplish, and fully believe Sarah will continue to be a great ambassador for fencing.”

The founder and owner of Music City Fencing Club, Robert Piraino’s club is a two-time USA Fencing Club of Excellence winner. Since he started his club, fencing has grown tremendously in the area. Piraino is also a division officer for the Tennessee Division and is working to develop a high school league, which would give more people the opportunity to enjoy fencing. As a member of the division, he brings in high-level national and international referees to host seminars and referee tournaments in order create better knowledge of the sport in the area. He’s also brought in some of the top Italian epee coaches do help with a summer camp and develop the region’s fencers.

“Opening a club was a huge risk for Robert as he left a comfortable position as a sales manager for Lexus, but he felt that he needed to do something that would have a greater impact on people’s lives than having a luxury automobile,” Kolakowski said. “He has worked tirelessly to develop fencing in the area, and his club was featured in a women’s empowerment advertisement, a music video and on the nationally syndicated morning show ‘Pickler and Ben.’”