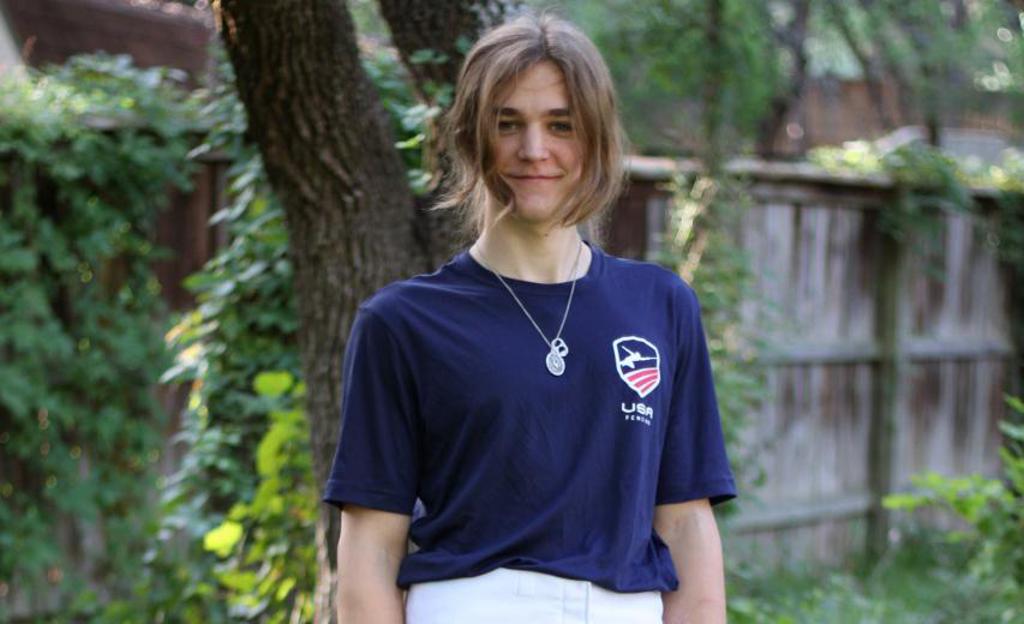 Iris Pierce was named the 2020-21 Spirit of Sport Annual Winner after being the Region 5 winner in the second quarter.

The third individual to receive this honor since the Annual Winner award was started in the 2019-20 season, Pierce was recognized earlier this year as the Region 5 winner for the second quarter after being nominated for the Spirit of Sport Program by her clubmate at Austin Fencers Club Arjun Deshmukh (Austin, Texas).

Then designated by a selection committee as one of the seven finalists for the annual award, Pierce was selected by the fencing community as the Annual Winner through an online vote.

Already known as a mentor and an inspiration in her fencing community for her hard work, inclusion, positive energy and sportsmanship, Pierce made an even deeper impact when she recently came out as transgender, using she/her pronouns and leading by example in showing the importance of being your true self.

“Even before I came out even to myself, I was always so accepted. It’s been this family, and so for a long time, I was struggling with my mental health issues around being trans and around the stigma and coming out and being scared that I would lose everyone, but then I kind of just stuck it out and told them who I was and hoped for the best, and immediately, they were all like, ‘Hey, that’s amazing. We love you so much and we still support you,’” Pierce said. “From the outside, it was like nothing had changed, and that was so perfect for me because I felt like I was human when a lot of people had told me that I absolutely wasn’t, which was really hard.”

Pierce hopes her story will make a difference for others in a similar situation as well as continue to advance acceptance of all in the sport community.

“For me, this is so exciting as a trans woman in sport with everything going on with trans athletes and the trans community and how ostracized and stigmatized and seen as less than we are,” Pierce said. “I am so grateful for this opportunity because not only does it give me hope that things can bet better, but I also hope it can help people like me feel it’s okay to be you and to be trans and to be queer, but more than that, to just be you in a sport like everyone else, trans or queer regardless.”

A Star Wars fan as a kid who was looking for a more individual sport, Pierce quickly fell in love with fencing and the mental aspect required. She immediately felt welcomed at AFC, and became an integral part of her fencing community, always encouraging her teammates, helping them wherever she can and going out of her way to coach and cheer them on at tournaments.

As she continued in the sport, her fencing family spread beyond her club and she continued to make sure all felt included. At a recent national tournament, Pierce noticed a fencer from a nearby club warming up alone, so she invited him over so that he could warm up with their group.

“I always refer to the community as a family, but that definitely includes everyone I meet outside of AFC as well,” said Pierce, who had met this fencer before at a camp. “This fencer is still one of my good friends and everywhere I go, whether it’s to a camp or a tournament, I always seem to meet really amazing people who I just want to have fun with and be there for.”

Now fencing approximately eight years, the foil fencer is known for constantly working hard to be the best fencer she can be. Pierce also works as an assistant coach for the beginner fencers at the club, sharing her love of the sport with others.

“Iris’ commitment to the sport of fencing is second to none at our club.” Deshmukh said. “I know that she wakes up at 5:30 a.m. every morning to bike up the hills in her neighborhood, and stays late until training ends at 9:00PM at the fencing club every day. Additionally, Iris keeps an impossibly meticulous and detailed journal, in which she writes down all of her reflections, notes, and studying regarding fencing.”

As a competitor, Pierce has mastered the balance of being a good sport while being a fierce competitor. While once fencing team, the team noticed two points Pierce has scored but hadn’t been added. Although the referees never added the touches, Pierce stayed calm and continued to compete, encouraging her teammates after the match to accept the situation and continue to fight.

“Iris’s sportsmanship and character are what set her apart from other fencers,” Deshmukh said. “Iris shows the utmost respect for everyone she meets, and is one of the politest people I have met.”

To view all Spirit of Sport winners, as well as past annual winners, click here.