(Colorado Springs, Colo.) – USA Fencing is pleased to announce the five USA Fencing Club of Excellence winners for the 2020-21 season.

Started in the 2015-16 season, the Club of Excellence Recognition Program honors clubs across the country that have exemplified incredible dedication to their membership as well as the sport.

Clubs were selected based on excellence in the following categories: membership programming; diversity, equity and inclusion; youth programming; marketing and communication; and community outreach.

This year’s winners include:

Each club will receive 30% off its renewal for the current season as well as a banner to showcase its accomplishment.

More information on each Club of Excellence selection is below:

Celebrating its 35th anniversary this year, Round Rock Fencing Club has more than 130 members, approximately 30 of which have been with the club or three years or more. The philosophy in the club is safety, respect and fun. Most priding itself on the smiles on the faces of its members, coaches and staff keep a positive attitude at all times and create a family environment in which fencers help each other and every coach, regardless of their area of expertise, will help another fencer.

To recruit members, Round Rock Fencing Club encourages potential fencers to take a free introductory lesson to make sure the club is a good fit. Newcomers don’t just sit and watch but have a coach explain to them and their parents what they’re watching and give an introduction to fencing. They are then suited up and shown the basics – but most of all are encouraged to go have fun. Beginners can loan their equipment and are taught how to take care of it. The club has three different levels: beginner, intermediate and competitive. After completing the beginner class, students may purchase the borrowed equipment at a discounted rate or buy new equipment with the club discount. The club also offers an exchange program for fencers who outgrow their uniform.

In the intermediate classes, fencers don’t go to any competitions, but train to prepare for competitions in case they become a competitive fencer at a later time. The competitive fencers are committed to the club team. Both intermediate and competitive fencers fence all electric unless taking a one-on-one lesson with a coach. There is also mentoring at the club, with competitive students occasionally working with intermediates and beginners, which further instills respect and helps create that family dynamic. Round Rock Fencing club also offers online and in-person, one-on-one lessons. All coaches are certified through the United States Fencing Coaches Association with many certified in all three weapons and still competing themselves.

Renaissance Fencing Club has a very diverse membership with students from many different cultures and backgrounds. Ensuring that all are welcome, the club has its code of conduct, which includes its policy of inclusion, posted in prominent locations. Not only do the coaches discuss strategy and technique, but also how each person is welcome. When a movie was recently filmed at the club, Renaissance Fencing Club made sure male and female athletes of a variety of backgrounds and ethnicities had the opportunity to participate. The club is also working to show its diversity by creating a video in which its members explain why they love fencing. In addition, Renaissance Fencing Club offers low cost and free trial classes, as well as scholarships, to those of economically disadvantaged backgrounds and offers donated equipment.

To make new fencers feel welcome, the more experienced fencers mentor the new fencers with athletes in the club including transgender fencers as well as fencers from a variety of racial and ethnic backgrounds. Recently, Renaissance Fencing Club initiated recruiting efforts at a nearby Chinese school to grow the sport.

The club has girls-only classes and holds gender specific, in-house competitions each month, which along with hiring a young, female coach, have greatly increased retention among female students. Since changing its approach, Renaissance Fencing Club had had a retention rate higher than 90% among females. Girls advance to higher-level classes in groups rather than individually so that they have peers in the next class and the club has successfully convinced the division to host the state youth championships as a gender-specific vent for the first time, making it more likely for girls to participate.

Founded in 1996, Renaissance Fencing Club ensures all coaches have DEI training and that its coaching staff includes a variety of backgrounds. There is an even split at Renaissance Fencing Club of male to female coaches with the last two hires being women. There also are multiple coaches who have experience working with kids with emotional and physical disabilities, successfully integrating these students into group classes.

Just two years into its existence, Kaizen Academy focuses on keeping fencing fun and engaging. Youth have the opportunity to play with pool noodles and Whombatz, which are not only safe, but keep them excited and allow them to make lots of noise. The club uses games, which teaches skills that will be used in fencing later down the road. At a young age, with children still learning physical literacy, Kaizen Academy teaches drills to focus on hand eye coordination drills and other activities that focus on body awareness. With the focus on an upbeat introduction to the sport, the kids are given time to grow and have fun, a strategy that has kept students coming back.

Following these ideas of games and basic fencing skills, Kaizen Academy offers a mini musketeers class for five to eight year olds that is 45 minutes long. During that time, the games include lots of movement and interacting with other kids. Knowing the shorter attention span of children, Kaizen Academy keeps the activities moving, setting the length of activities by the students’ age. With the theory that you get one minute of focused attention per age of the student (for example, for an eight-year-old you get a maximum of eight minutes), Kaizen Academy tries to keep things moving and switch up the games as they go on to keep kids interested. The club also relies on consistency and repeatability so the kids know what to expect.

In addition, Kaizen Academy hosts youth camps, works with parks and rec programs and has taught homeschool classes. The club also recruits by doing demos at community centers and community parties. Camps are treated as a longer trial class and show how the coach teaches so that each student understands how skills will be taught. The club always does a mini competition at the end of each camp, and gives away classes to the top three male and female finishers. Campers are offered a free month of rental gear for anyone who wants to take more classes. 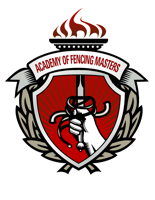 Winning its second Club of Excellence Award after earning the recognition in membership programming in 2017, one of the biggest keys to the Academy of Fencing Masters’ marketing and communication is consistency. The club make sure to consistently post on social media and its website as well as advertise in print. Another important piece to AFM’s strategy is its efforts to promote fencing in general, educating members and growing the sport, even if not everyone becomes a member of AFM.

Using Facebook and Instagram as its primary social media platforms and updating them daily, Academy of Fencing Masters, which was founded in 2013, has two major pillars in its social strategy: celebration and education. The club celebrates the successes of all members of the club as well as in the sport and educates both the current fencing community and potential fencers. While Facebook is primarily targeted at parents and the broader fencing community, Instagram posts are directed more toward the youth fencers and the fencing community. During the COVID-19 pandemic, social media allowed connection for people across the world who couldn’t be together and also served as a method to easily disseminate information. While its social efforts aren’t always on the club, AFM does buy targeted ads to promote classes and summer camps.

Academy of Fencing Masters also puts out a monthly newsletter with updates and information from the club and keeps its website up to date with information such as classes, camps, protocols, etc. Included in the website is also a blog, which has been an incredible tool for AFM for educating families, sharing information and building the community. It includes interviews with various members of the fencing community, from parents to coaches to Olympians. In addition to digital media, AFM has seen success with print advertising, staying open to new avenues. They recently had success purchasing a full-page ad in a local magazine, not only promoting the club, but making many families aware of fencing generally. The club makes sure its advertising is clear and high quality. AFM also does demonstrations in schools and community, from markets to fairs to the park. Raising awareness of the sport, the demonstrations not only make potential fencers excited about the sport in a way that only seeing it in person can, but the club’s fencers come back excited and with renewed energy for their own training.

Founded in 1999, Davis Fencing Academy is very active in its community. The coaches have donated many hours of their time teaching school classes and have given many lessons for non-profit auctions. Recently, the club even donated its old club floor to Davis Musical Theater Company, which provides materials for sets for approximately three years. Buying most of their products locally, Davis Fencing Academy has brought fencing to new audiences, holding tournaments at local breweries.

Davis Fencing Academy has supported other community programs such as Davis High School Cheer and has been a leader in raising money for community causes, such as for the local high school to help recover from vandalism. It’s also common for the club to hold events to raise money for disaster relief around the world, supporting after devastating events such as Hurricane Katrina, a Mexico earthquake or a tsunami in India.

With several critical infrastructure needs in the city of Davis, including a pool and indoor sports space, but no funds available, Davis Fencing Academy took the lead in approaching a local developer and is in the beginning stages of receiving approvals for building a sports complex centered around modern pentathlon. Bringing together community organizations, local businesses and USA Pentathlon, the training center would provide low-cost space for local youth sports groups.