See the final medal count, results and links to our live coverage of an extremely successful tournament in Dubai. 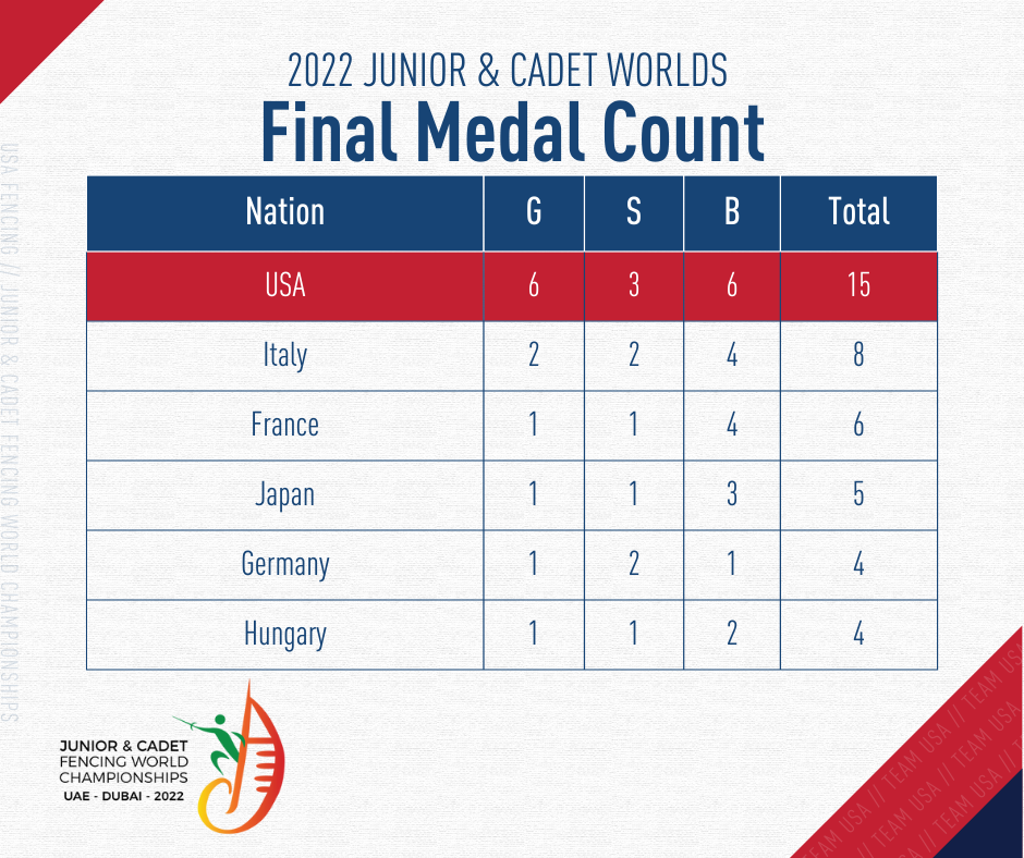 In a performance for the ages, Team USA won six of the 18 available gold medals at the 2022 Junior & Cadet Fencing World Championships in Dubai, United Arab Emirates.

Here are five other facts to know:

With gold medals in both junior and cadet women's saber, Magda Skarbonkiewicz (Oregon Fencing Alliance) became the first athlete — man or woman — to win golds in both saber events at the same tournament since Rebecca Ward (USA) did so in 2006. Mariel Zagunis (USA) also accomplished this feat in 2001.

Trailing 12-6 in the semifinals against the tournament’s top seed, Samuel Imrek (Alliance Fencing Academy) didn't panic. He trusted his training and his coach, scoring nine of the next 11 points to make the finals. And in the finals, he was victorious, bringing home cadet men's epee gold to the United States. It was Team USA's first gold in the event since 2013 (Ari Simmons).

Since junior women started fencing all three weapons in 1999, no country had ever won gold medals in all three junior events. Until now. With gold medals from Skarbonkiewicz in saber, Scruggs in foil and Hadley Husisian (Fencing Sports Academy) in epee, Team USA swept the junior women's events for the first time ever.

Junior women's foil is a different story. Seven of the past 11 champions in that event have come from the United States:

For a closer look at Team USA's performance in each weapon — including a story, full results and photo gallery, use the links below.

For a look inside the 2022 Junior & Cadet Worlds, check out our Instagram highlight.

By following @usfencing on Instagram, you're sure to get the latest fencing news and behind-the-scenes info to keep up to date on your favorite sport. 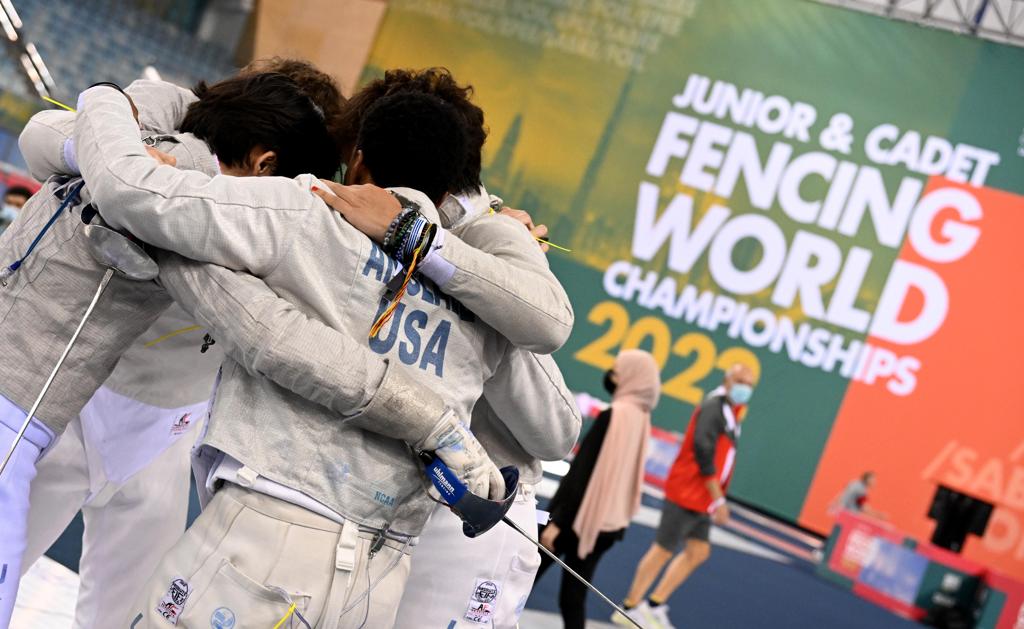 The junior men's saber team huddles before competition at the 2022 Junior & Cadet Fencing World Championships in Dubai. Photo by #BizziTeam