Lee Kiefer earned a bronze medal in women’s foil Tuesday at the 2022 Fencing World Championships in Egypt — securing the first individual medal for Team USA at a Senior Worlds since 2018. 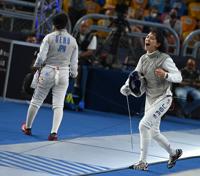 Lee Kiefer celebrates her victory over Japan's Yuka Ueno in the quarterfinals — a win that guaranteed Kiefer a medal. (Photo by #BizziTeam)

CAIRO — Down 11-4 just 90 seconds into her semifinal bout, Lee Kiefer (Lexington, Ky.) could’ve gotten discouraged. But that’s just not in the DNA of an Olympic champion.

Just 90 seconds after she was down 11-4, Kiefer had rebounded in a big way, taking a 14-13 lead into the one-minute break. Errigo tied the bout at 14 before landing the decisive touch, leaving Kiefer with a bronze medal. (In individual fencing competitions — other than the Olympics — there is no bronze medal match, meaning there are two bronze medalists in each event.)

Kiefer’s bronze medal Tuesday at the 2022 Fencing World Championships in Egypt is the first individual medal for Team USA at a Senior Worlds since 2018.

That year in China, Team USA picked up three individual medals: a silver for Eli Dershwitz (men’s saber), a bronze for Eliza Stone (women’s saber) and a bronze for Courtney Hurley (women’s epee).

In a closely watched contest, Kiefer beat Ueno 15-12 to send Kiefer to the semifinals and guarantee her a place on the medal stand.

On the other side of the bracket, Maia Weintraub (Philadelphia, Pa.) was having her own special day. After winning in the round of 64, Weintraub faced a daunting challenge against Italy’s Alice Volpi, a five-time medalist at Senior Worlds and the woman who entered the tournament ranked No. 2 in the world (behind Kiefer).

Seemingly unfazed by the moment, Weintraub looked poised and confident throughout the bout, upsetting Volpi in a 15-13 finish that was greeted by raucous cheers from her USA teammates watching from nearby. While she lost in the round of 16 to Japan’s Sera Azuma, Weintraub had a Senior Worlds debut she won’t forget, finishing 14th.

In other women’s foil action for Team USA, Jackie Dubrovich (Maplewood, N.J.) and Zander Rhodes (South Orange, N.J.) each won their round of 64 bouts before falling in tight contests in the round of 32.

The women's foil world championship was ultimately won by Ysaora Thibus of France, who is coached by her partner Race Imboden, a four-time Senior Worlds medalist for Team USA.

Day 6 brings a packed schedule with medals awarded in the final two individual events — women's saber and men's foil — in addition to the start of the team competition in women's epee and men's saber.

In the individual events, 64 athletes remain in each weapon, and they'll fence a single-elimination bracket until a world champion is crowned.

Hadley Husisian (Oakton, Va.) traveled to Cairo and was scheduled to compete in both the individual and team events, but she tested positive for COVID and has been rooting on Team USA from in quarantine. Isis Washington stepped up to fill Husisian's spot. 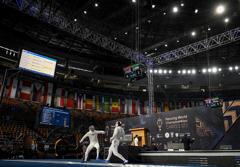 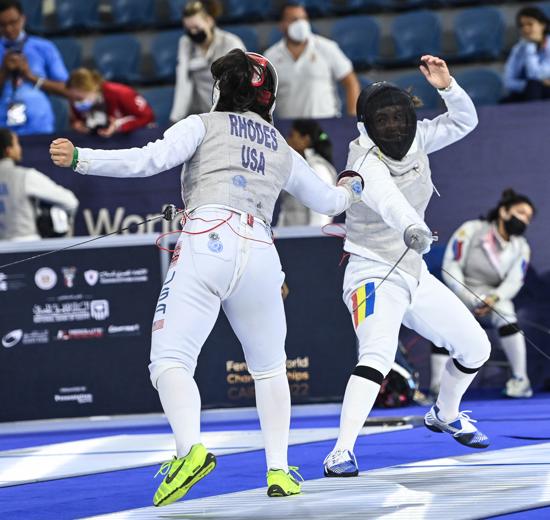 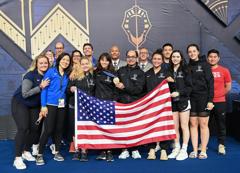 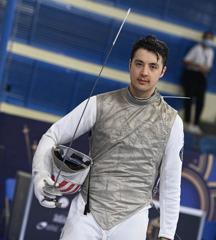