Ask USA Fencing: What’s the Refund Policy for National Events and How Was it Created?

Some members of the fencing community have asked for more details about the USA Fencing refund policy for national tournaments. We’re happy to provide some answers. 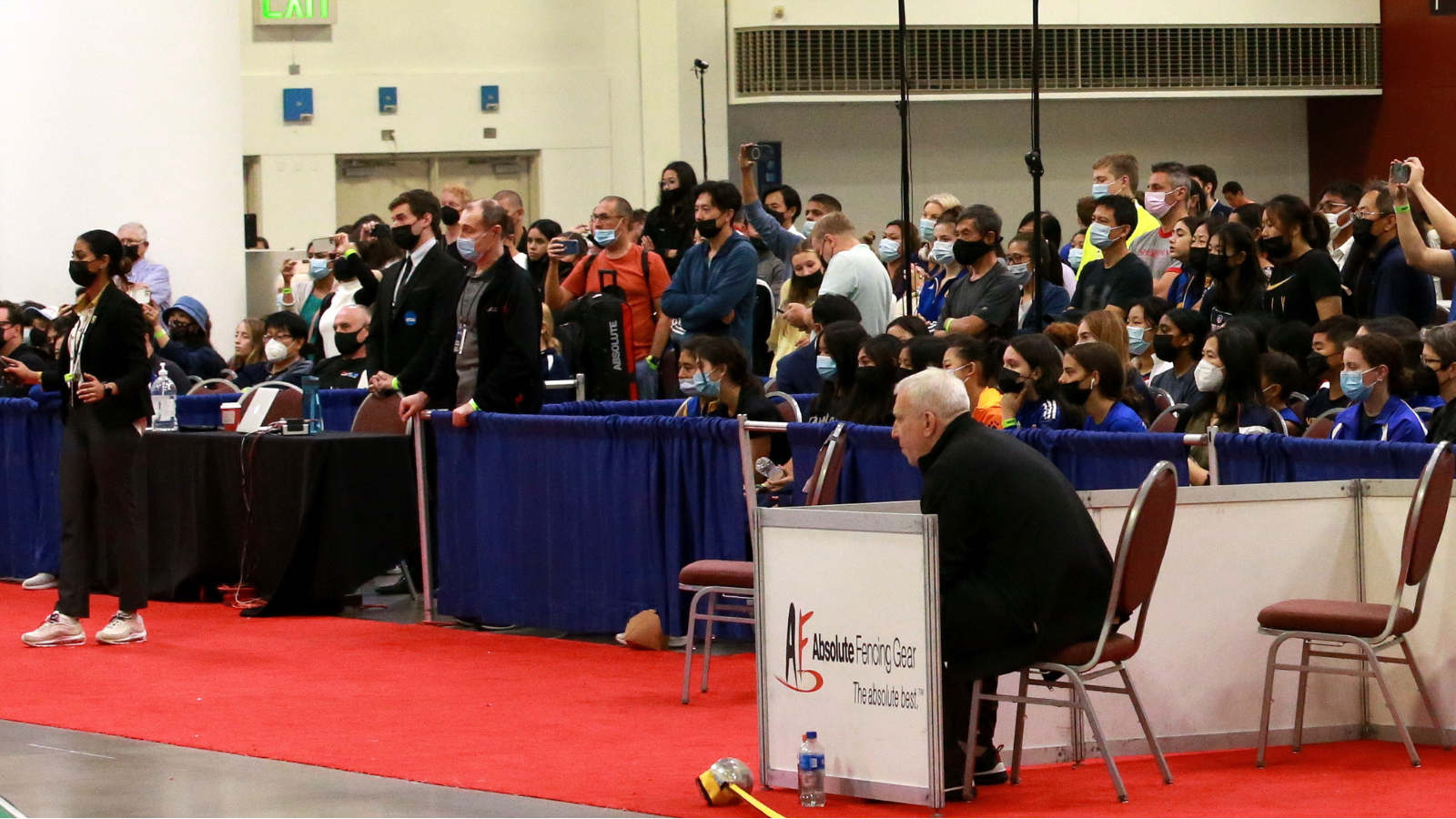 The scene at Summer Nationals in July 2022. Photo by Serge Timacheff

COLORADO SPRINGS, Colo. — Life happens. And sometimes, because of the realities of being a busy human, life forces a fencer to withdraw from a tournament they had registered to attend.

In recognition of this, USA Fencing offers partial refunds to fencers who withdraw from national tournaments before the posted withdrawal deadline. The partial refund equals 50% of the event fee — in other words, $47.50 of the $95 fee paid per event. Unfortunately, the administration fee ($10) and registration fee ($95) are not eligible for a refund.

This policy, which you can read in full at the end of this post, is also outlined on the event page of our website where fencers register for a tournament, in the waiver signed before paying and in the athlete handbook.

While we wish we were able to offer more than 50% of the event fee as a refund, the realities of hosting a large national tournament prevent us from doing so. The policy is not meant to be punitive but is constructed to encourage fencers to honor the commitment they made when registering and to keep our national tournaments financially viable.

In the interest of transparency, here’s a look behind the scenes of how we set our refund policy:

National Tournaments Have a Large Footprint

You may find that some regional tournaments have a more forgiving refund policy, and one reason for this is that  some organizers own the tournament venue or have an ongoing relationship with the venue’s owners to secure the space at a lower cost.

We’re proud to be able to offer our national tournaments in such fine venues, but they don’t come cheap. The cost for renting a large convention center for six days (four days for the competition and two for setup) is high. And that’s before you factor in other costs, such as electricity, internet, A/V, security and other tournament expenses.

Given that the space required is contingent on the number of participants, it’s easy to see how too many withdrawals could upset our formula and create problems.

Like the amount of physical space required, the number of staff we hire is dependent on a formula based on the number of participants.

Once we hire our staff — which, for a North American Cup is typically about 140 people — we are responsible for their hotels, flights and food during the four-day competition.

We hire staff based on the number of people registered for the tournament. If fencers were to cancel and receive a full refund, USA Fencing would take a financial hit because we’ve already committed to paying the expenses of our talented and devoted staff of tournament officials, referees, armorers, medical personnel and others.

Tournaments Support the Growth of Fencing

Finally, it’s worth mentioning that revenue generated from national tournaments goes back into supporting the growth of fencing across the country.

As you can see in our publicly available financial reports, money earned from events like our North American Cups helps fund grassroots initiatives to grow fencing in under-resourced areas, supports Team USA at international competitions, helps keep members informed, inspired and engaged throughout their fencing journey, and much more.

For refund of event fee(s), withdrawals must be reported, in writing, to the National Office by the posted date for each tournament. You can email your withdrawal request to: withdrawals@usafencing.org. Registration and administration fees are nonrefundable, and registrants withdrawing from an event will only receive a refund of fifty (50) percent of the Event Registration fees. Those who withdraw after the withdrawal deadline are not eligible for a refund under any circumstance.  Refunds are processed 4-6 weeks after the tournament.