Nearly three years to the day since a Veteran Fencing World Championships last took place, the veteran Saber squad resumed their medal quest from beautiful Croatia on Day 1 of competition 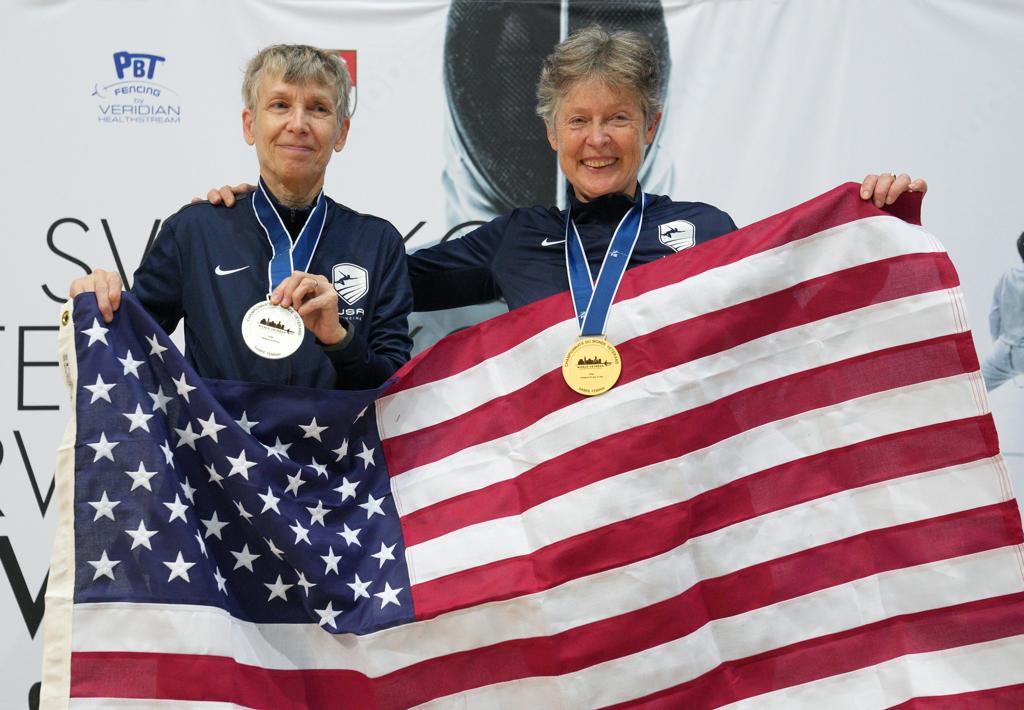 ZADAR, Croatia—Nearly three years to the day since a Veteran Fencing World Championships last took place, the veteran Saber squad resumed their medal quest from beautiful Croatia on the first day of competition.

Standing next to each other on and off the podium, Delia Turner and Linda Dunn displayed their continued dominance in the Vet-70 saber.  A stirring national anthem played as Turner was awarded her gold medal and Dunn her silver medal. A truly heartwarming and indelible moment for all in attendance.

No stranger to the podium USA’s Vet- 70 fencer Joseph Streb valiantly battled Italy’s Filippi Fabrizio, eventually knocking out his opponent on his quest for the podum.  Making it to the final round, Streb came up short against another Italian as he secured a silver medal for the red, white and blue.

An energetic and zealous Julie Seal continued her domination on the Veteran World strip . Cheering squad and all, Seal took down GBR’s Beth Davidson in a Vet-50 saber final made for SportsCenters Top 10. Knocking out Japan's Miyako was none-other than the woman, the myth and the legend Heidi Runyan who earned her bronze medal bling.

This year's Team USA roster features 72 veteran fencers who, despite disappointment in the cancellation of this event in 2021, are determined to prove that age is just a number — a number of medals, that is. The quest for more continues as the 2022 Vet World Championship is in full swing. 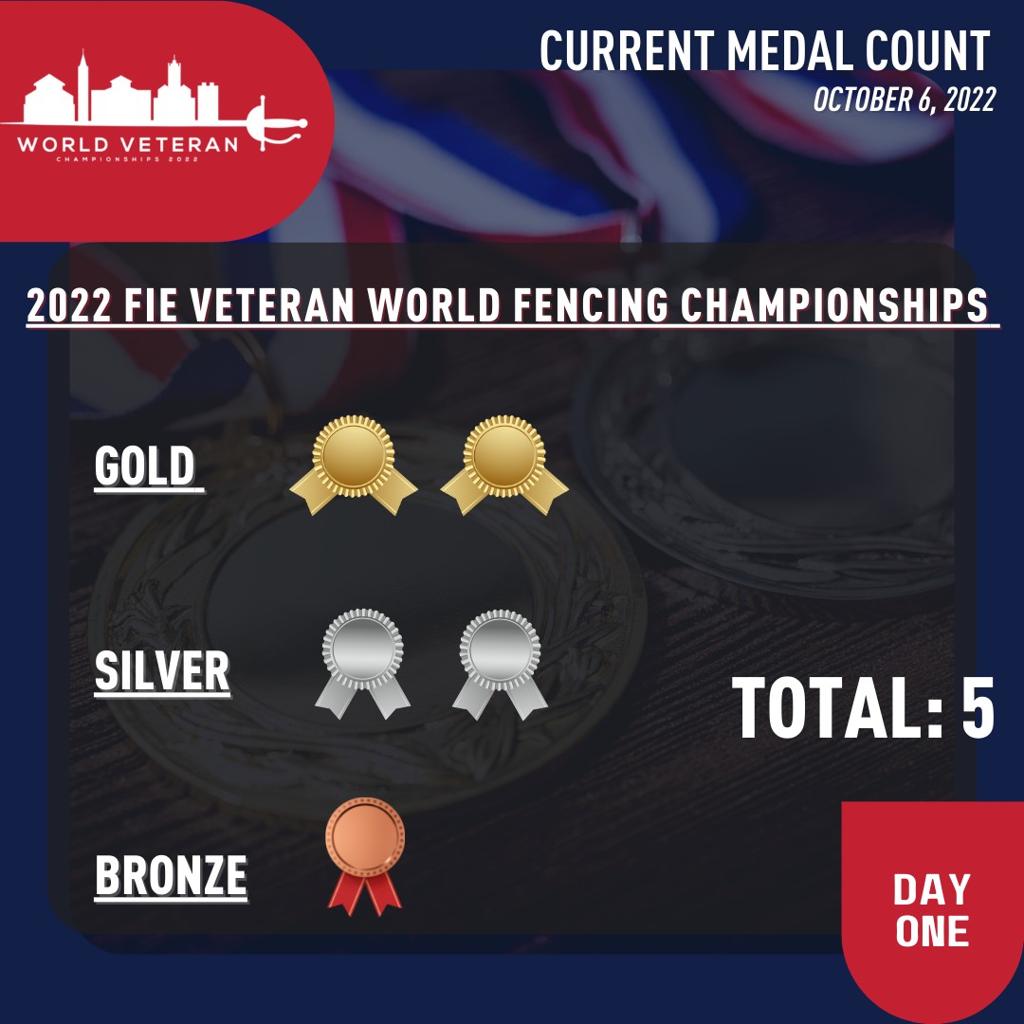