Beyond their success as teachers and mentors, these four fencing coaches and one medical provider have one more thing in common: each was singled out by their students and peers as among the best at what they do. 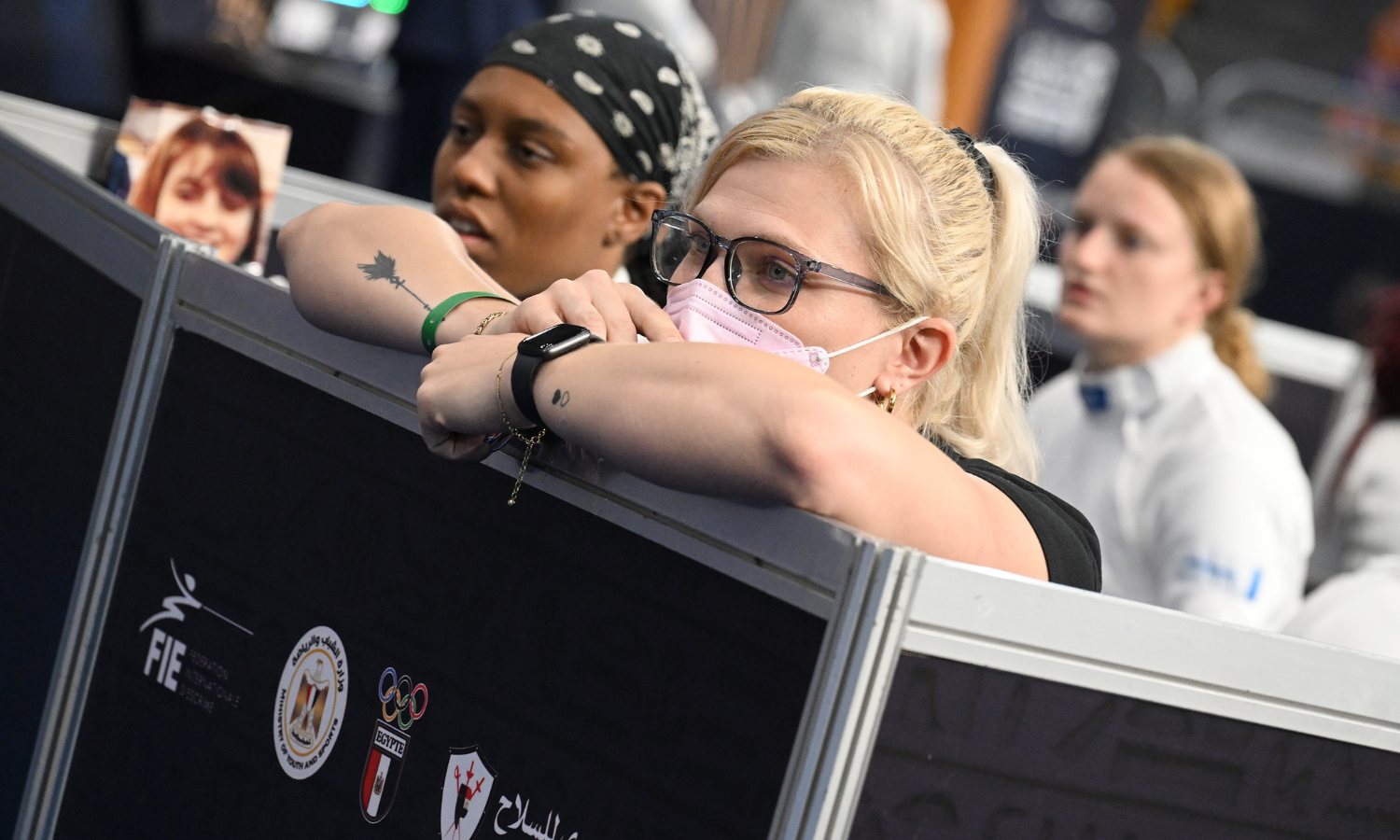 Women's Epee National Coach Natalie Dostert is among USA Fencing's five nominees for the USOPC's Coach of the Year Program. (Photo by #BizziTeam)

COLORADO SPRINGS, Colo. — One coaches an Olympic champion. Another led his team to an NCAA title. Still another is an impassioned advocate for the growth of parafencing. And a fourth empowers the fencers at her club to be the “strongest and best versions” of themselves.

Beyond their success as teachers and mentors, these four fencing coaches and one medical provider have one more thing in common: each was singled out by their students and peers as among the best at what they do.

Today, USA Fencing is thrilled to announce our nominees for the USOPC's Coach of the Year Program.

Earlier this month, we asked the fencing community to send us the names of coaches we should consider for this program. You responded in a big way, and we have reviewed your submissions and selected the five nominees we’re sending along to the USOPC.

If one of these nominees is ultimately selected by the USOPC, they will become the second fencing coach in the program’s history to be named a Coach of the Year.

The other occurred in 2020 when Men's Foil National Coach Greg Massialas was named the USOPC's Olympic Coach of the Year. 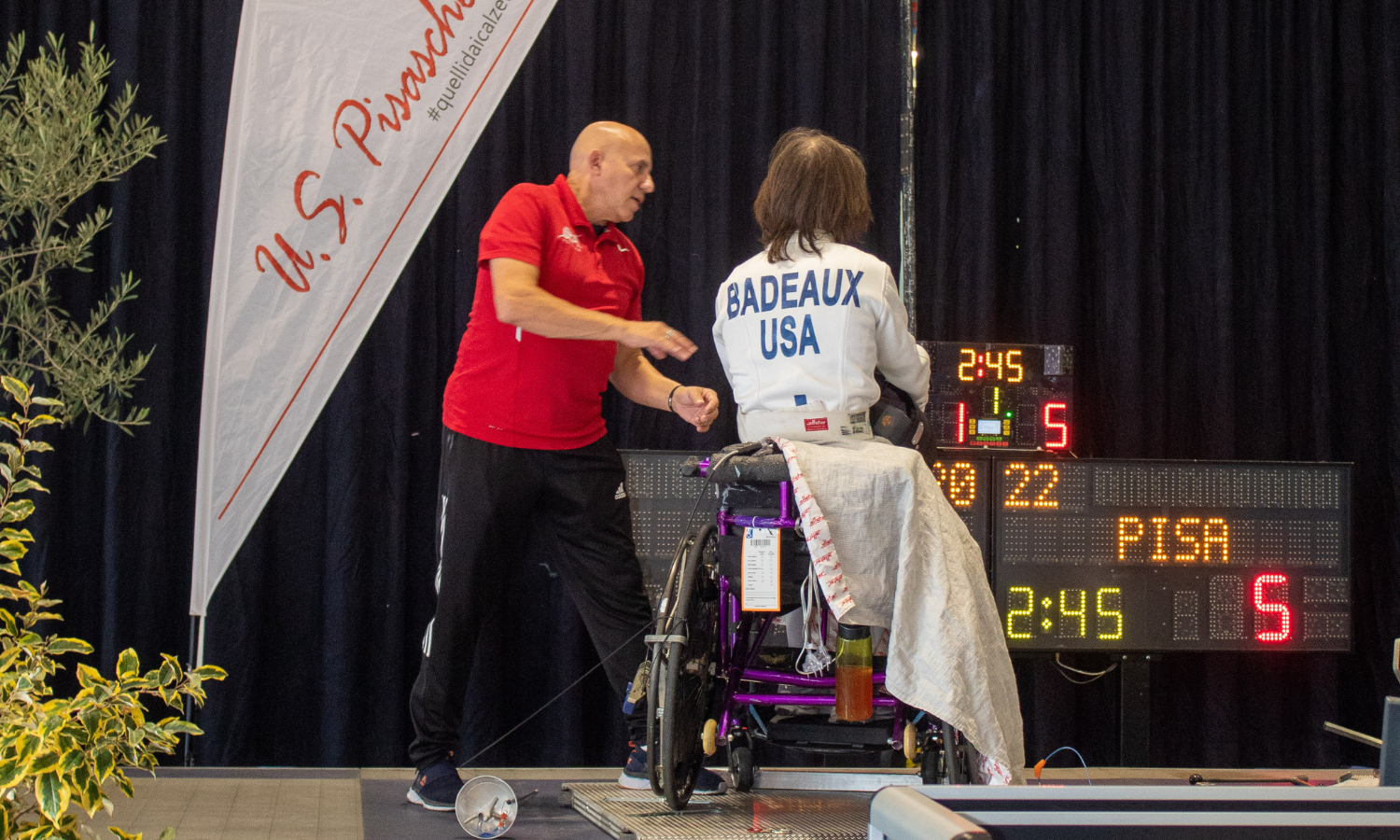 Julio Diaz, Team USA’s Parafencing National Head Coach, is one of the biggest advocates of parafencing (also known as wheelchair fencing) around.

Whether at competitions or other events, Diaz is constantly promoting the sport and telling people about the power that parafencing holds for athletes. ,

“He talks to people about their abilities — never what they can't do,” one athlete says. “I find that so inspiring.”

For years before he was named Parafencing National Head Coach, Diaz volunteered his time coaching, giving lessons and doing anything he can — always willing to fix equipment and help any way needed.

“He truly cares about making his students the best they can be — whatever the results,” one athlete says. “He is sincerely passionate about parafencing. 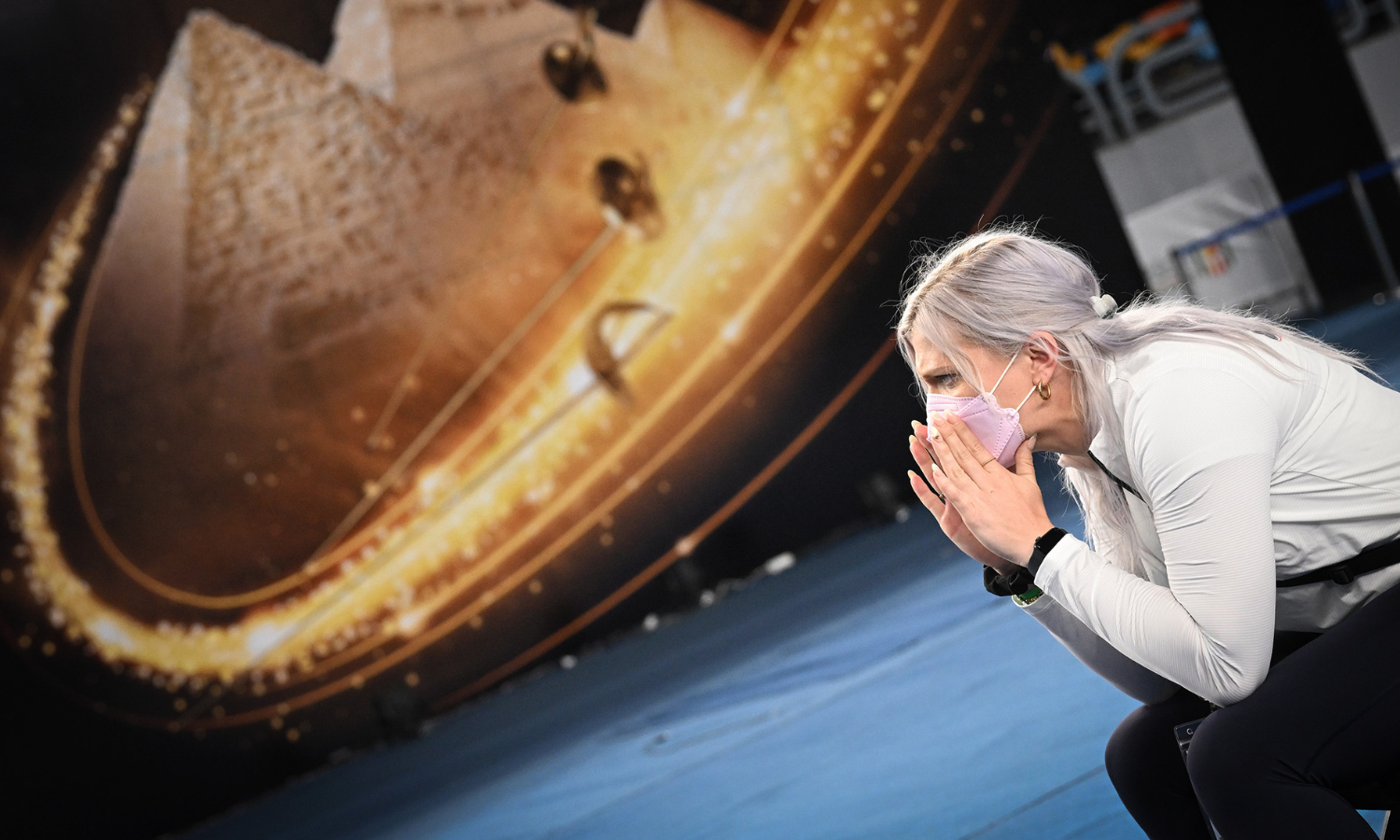 Natalie Dostert serves as both an epee and youth coach at Alliance Fencing Academy in Texas and as the Women's Epee National Head Coach for Team USA. She has coached Anna Van Brummen OLY, who made the 2022 Senior National Team, as well as three athletes who made the 2022 Junior and Cadet World Team: Sam Imrek, Alexander Liu and Yasmine Khamis.

“Natalie has empowered me, and all the girls at Alliance, to be the strongest and best versions of ourselves,” one of her students says. “Because of her, we know what it means to be a strong woman. Her energy and capabilities as a coach and as a woman are unmatched.”

“Natalie is so patient and warm to the students she coaches and not only looks after them like they’re her own children but values passion for the sport of fencing,” another student says. “She teaches discipline and rigor, leaving all students under her care always better in some shape or form.” 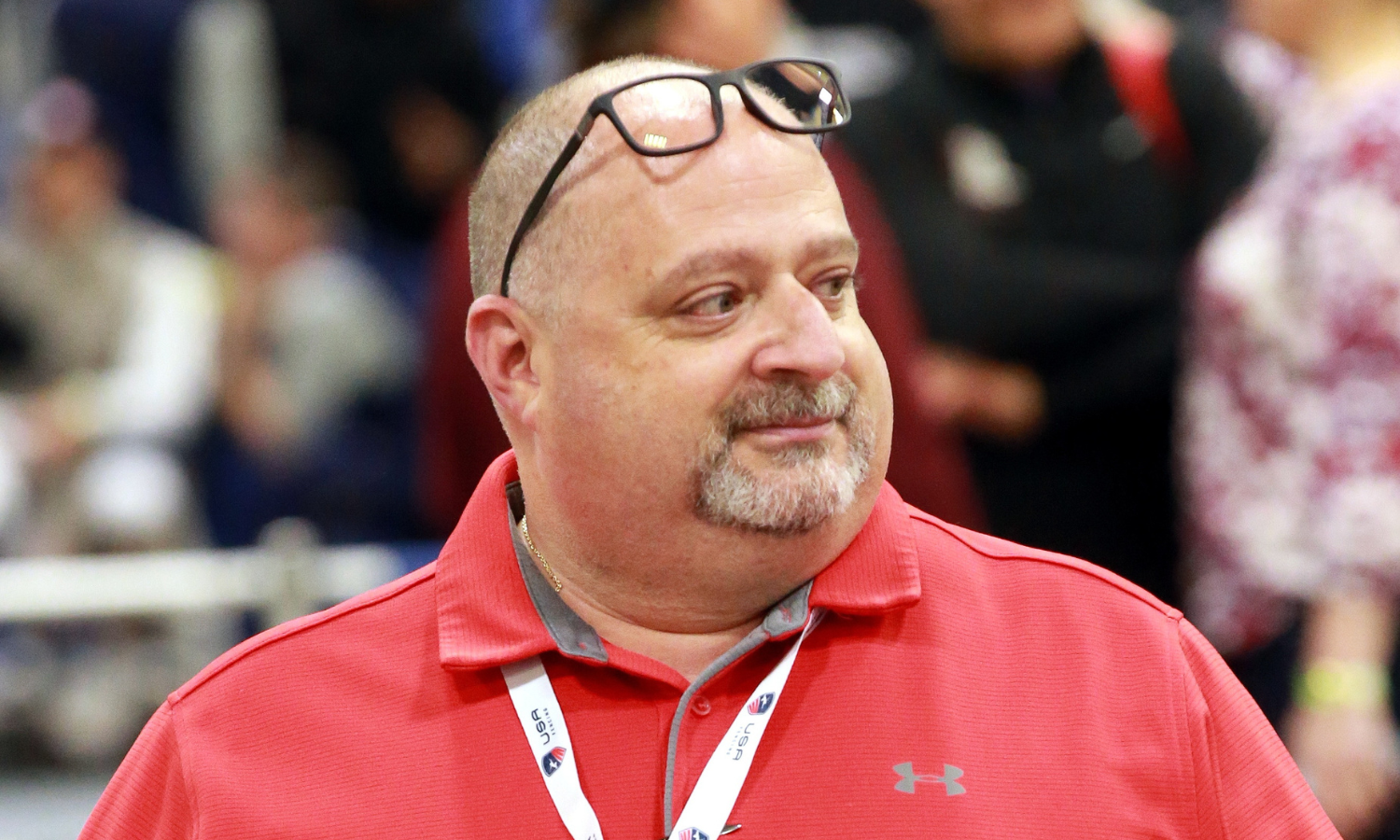 Alan Freedman served as the lead medical staff member at all seven USA Fencing national events during the eligibility period (October 2021 to October 2022). He has also worked at parafencing camps to support our Paralympians (and Paralympic hopefuls) and traveled with Team USA to the 2022 Junior & Cadet Pan-American Zonal Fencing Championships in Lima, Peru. 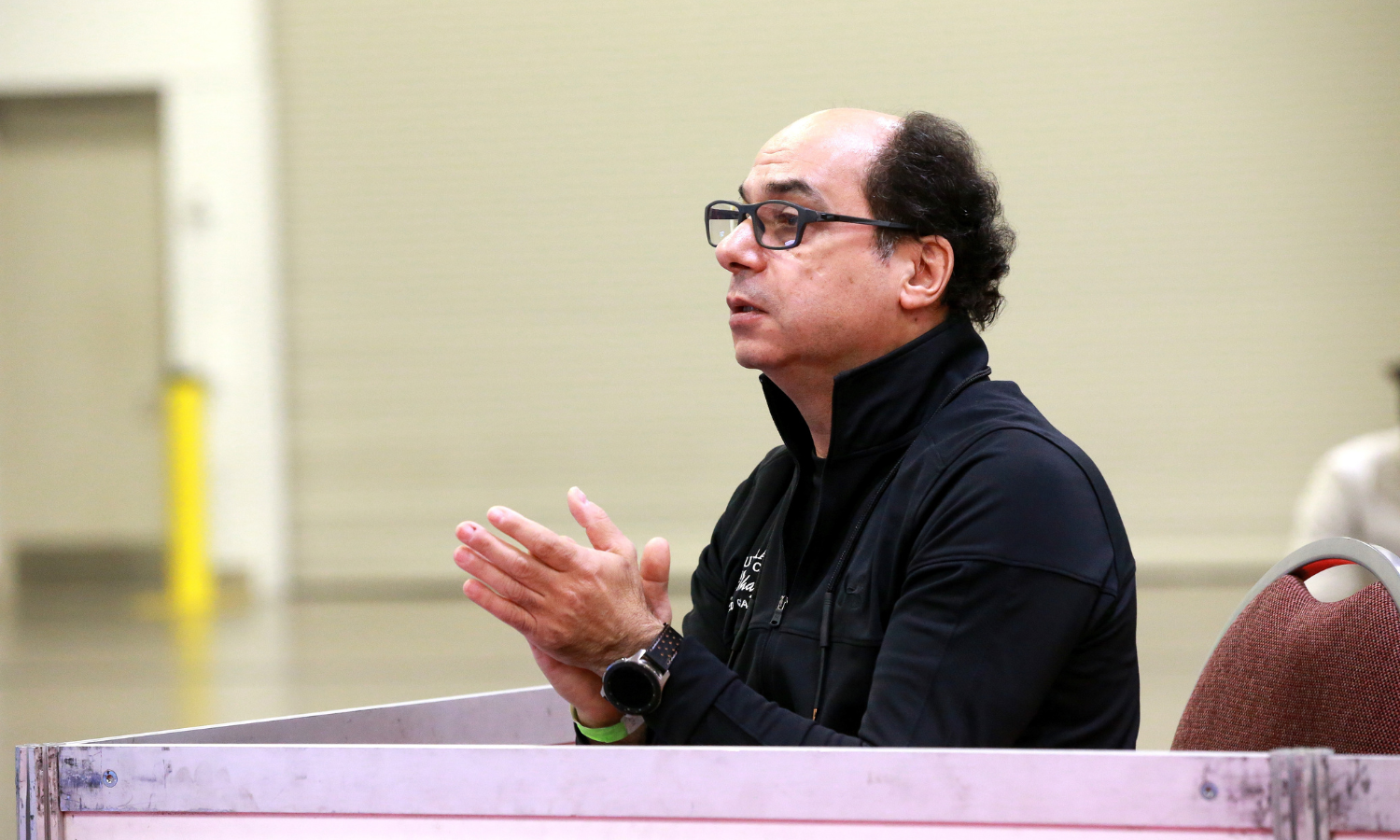 Amgad Khazbak, who coaches at the Bluegrass Fencers' Club, has coached some of the top women's foil fencers in the world. Most notably, Coach Khazbak is the coach of Lee Keifer OLY, who earned a gold medal in foil at the Tokyo Olympics.

Khazbak has been Kiefer’s coach for two decades and has been integral in her development to becoming a world-class athlete. At his club, he trains anyone willing to take on the challenge of fencing — from kids as young as 6 to veterans. 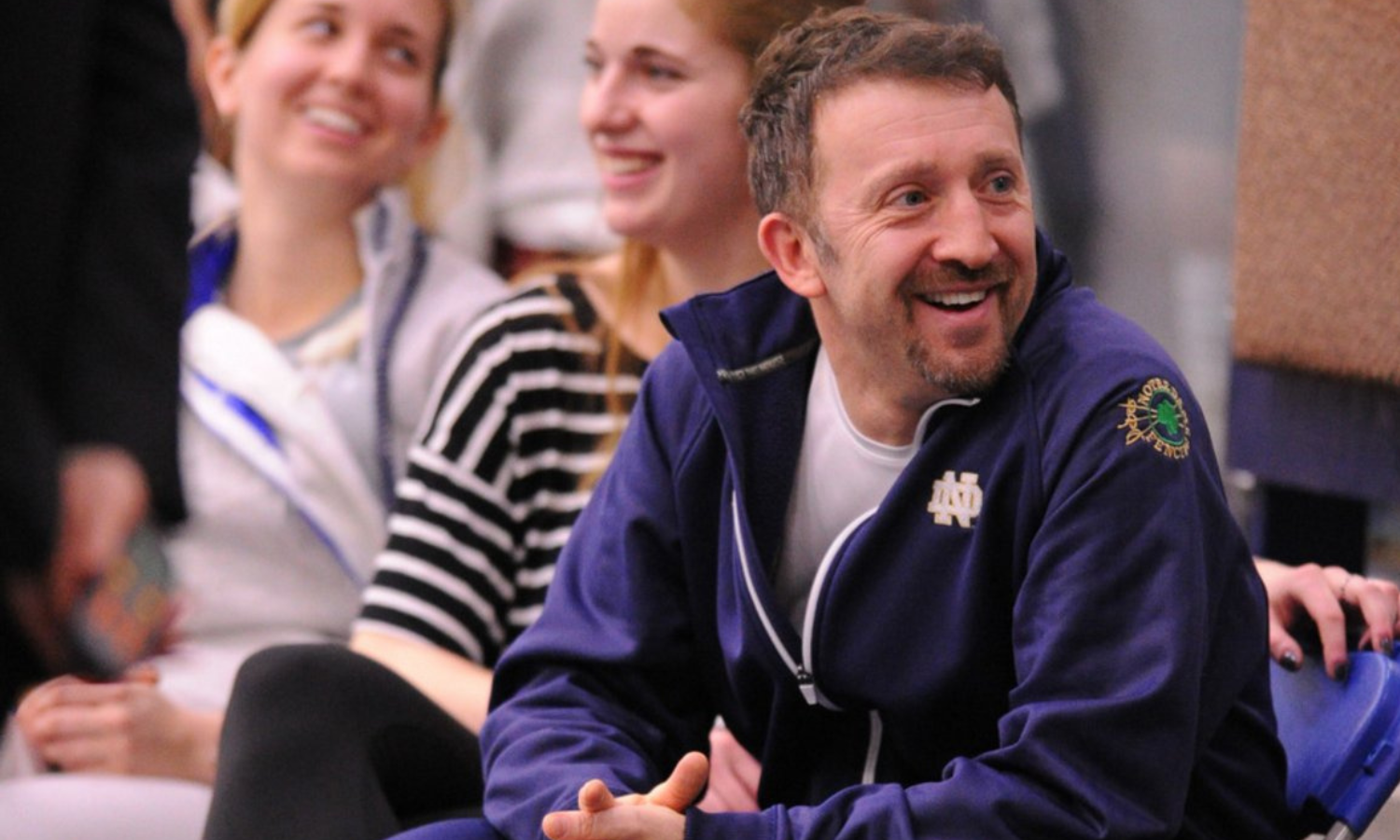 Gia Kvaratskhelia, who has been head coach at the University of Notre Dame since 2014, was selected by the U.S. Fencing Coaches Association as the winner of both the men’s team and women’s team Collegiate Coach of the Year Awards in 2022.

As the head coach of the Fighting Irish men’s and women’s fencing teams, Kvaratskhelia helped lead the team to very strong results in 2022, including the overall NCAA championship and an individual title for Kaylin Hsieh in women’s epee.

Let’s congratulate all these nominees for being recognized by the community for their greatness. We will submit their names to the USOPC, and the USOPC’s winners will be announced in January 2023.