What We're Reading: "What Is an Ally?" — from the WFencing Blog

The WFencing Allies Committee is designed to help male allies find ways to actively promote the leadership of women in fencing. In this excerpt, Liz Mayerich discusses what it means to be an ally. 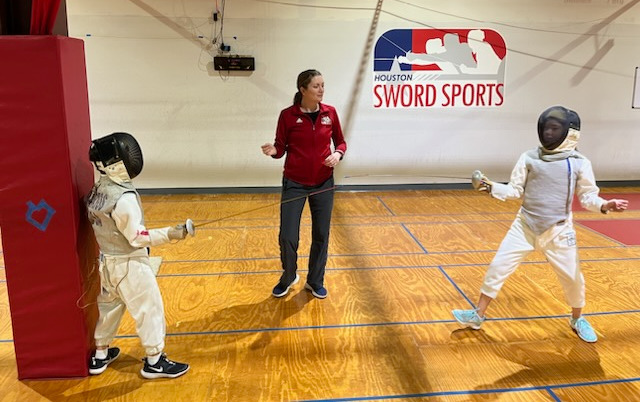 Liz Mayerich is an owner and coach at Houston Sword Sports in Texas and co-chair of the WFencing Allies Committee. (Image courtesy of WFencing)

In each edition of our occasional "What We're Reading" series, we'll share an excerpt from a fencing blog in the hopes of introducing USA Fencing members to important advice, strategies and viewpoints from our community. Excerpts are shared with permission, and all work remains the property of its creator.

This latest excerpt comes from the WFencing blog. WFencing is an organization of coaches and professionals working to advance the sport of fencing by increasing diversity, building equity between women and men, and unifying our community. This specific post was created by the newly formed WFencing Allies Committee.

What Is an Ally?

Since its founding, WFencing has been approached by male fencers asking how they can help. To help address this question, we’ve formed a new Allies Committee. Our first task was to answer the incredibly broad question, “What is an ally?” When I think of this term, I think of a coach I’ll call Al.

Many years ago, I met Al at a coaching clinic with a well-respected coach. One of the participants asked, “What is the difference between coaching men and women?” The instructor paused for a moment, then reached over and patted me (the only woman in the group) on my head, said “Don’t get offended,” and proceeded to tell a sexist joke that I will just sum up as “Women are crazy, LOL.” There was an awkward moment until everyone laughed and then we moved on. To be honest, the moment barely registered – I was tired, and I have heard some version of that joke my entire life.

But the day after the clinic, Al called me. He apologized for laughing and said that he felt cornered into doing so (which I relate to, since I also felt cornered into laughing and not reacting). He offered to file a SafeSport complaint. This was before the Center for Safe Sport had formed, so the complaint would have gone directly to someone at USA Fencing. I was afraid that an anonymous complaint would look like it had come from me and might lead to bad feelings or even retaliation. So, I asked him not to file a complaint and he agreed. Al did call the offending coach and explain why he thought the joke was inappropriate, and relayed his apology to me.

To read more about how "Al" acted as an ally — and to see advice for others looking to become better allies — read the full post at WFencing.