The event, held Jan. 7 during the January North American Cup in Louisville, Ky., offered Veteran fencers a chance to celebrate their successes, present awards and reconnect with cherished friends. 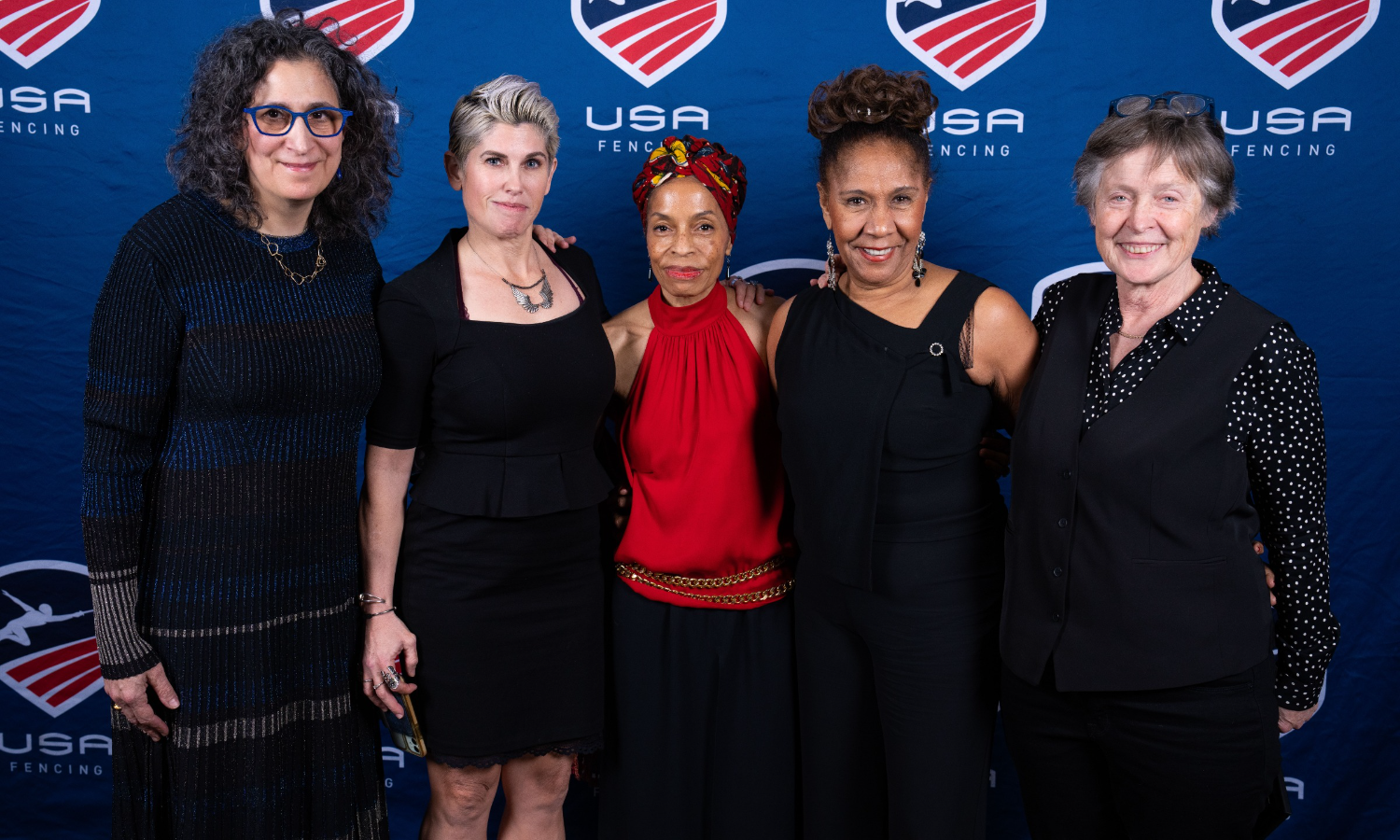 LOUISVILLE, Ky. — It’s not so much the medals or the thrill that comes from scoring that decisive touch when a bout is tied at 9.

For Julie Seal (Valkyrie Fencing Club), the real magic of fencing lies in the person it’s helped her become.

In accepting her award for Vet 50 Fencer of the Year, Seal told the rapt crowd that “I became me because of fencing.”

"Because of fencing, I traveled the world, learned courage and how to survive on nothing, slept on airport floors, received generosity and had the opportunity to be generous,” she said. “I met some of my very best friends — and even some amazing enemies. They’ll come around.”

Seal’s remarks were part of a memorable evening at the Veterans Committee Awards Dinner, held Jan. 7 during the January North American Cup in Louisville, Ky. The night offered Veteran fencers a chance to celebrate their successes, present awards and reconnect with cherished friends.

“I love honoring our history and recognizing what our Vet fencers have achieved,” Asher says. “And I believe that hearing their stories will inspire the next generation of Vet fencers to do great things in our sport.”

It’s hard not to be inspired by the efforts of the night’s three Veteran Fencer of the Year Award recipients — an honor given  in recognition of athletic excellence during the most recent season. The honorees were:

A trio of Lifetime Achievement Awards also were presented to Veteran fencers whose achievements extend across many seasons. These awards also consider contributions to the fencing community beyond their individual results on the strip. These honorees were:

In accepting her award, Turner shined the spotlight back on those who have supported her each step of the way.

“It’s been a lot of fun competing, and medals are great,” she says, “but the most fun is encouraging other people. I really believe ‘you can’t keep it unless you give it away.’”

Other observations from a joyful night:

What’s on the Horizon?

The fun in Veteran fencing is only beginning.

This October, the USA will host the 2023 Veteran Fencing World Championships in Dayton Beach, Fla.

“The Veterans Committee looks forward to the opportunity to show the world the strength and energy of our community,” Asher says. “Please help us make this an amazing event — make a donation, volunteer and come to cheer!

See Photos from the Night

Check out an album of photos from the night on our Facebook page.