The ‘Fencing Foundation Fête’ gala will celebrate a rich history of fencing in New York City, as well as a wide membership in the tri-state area. 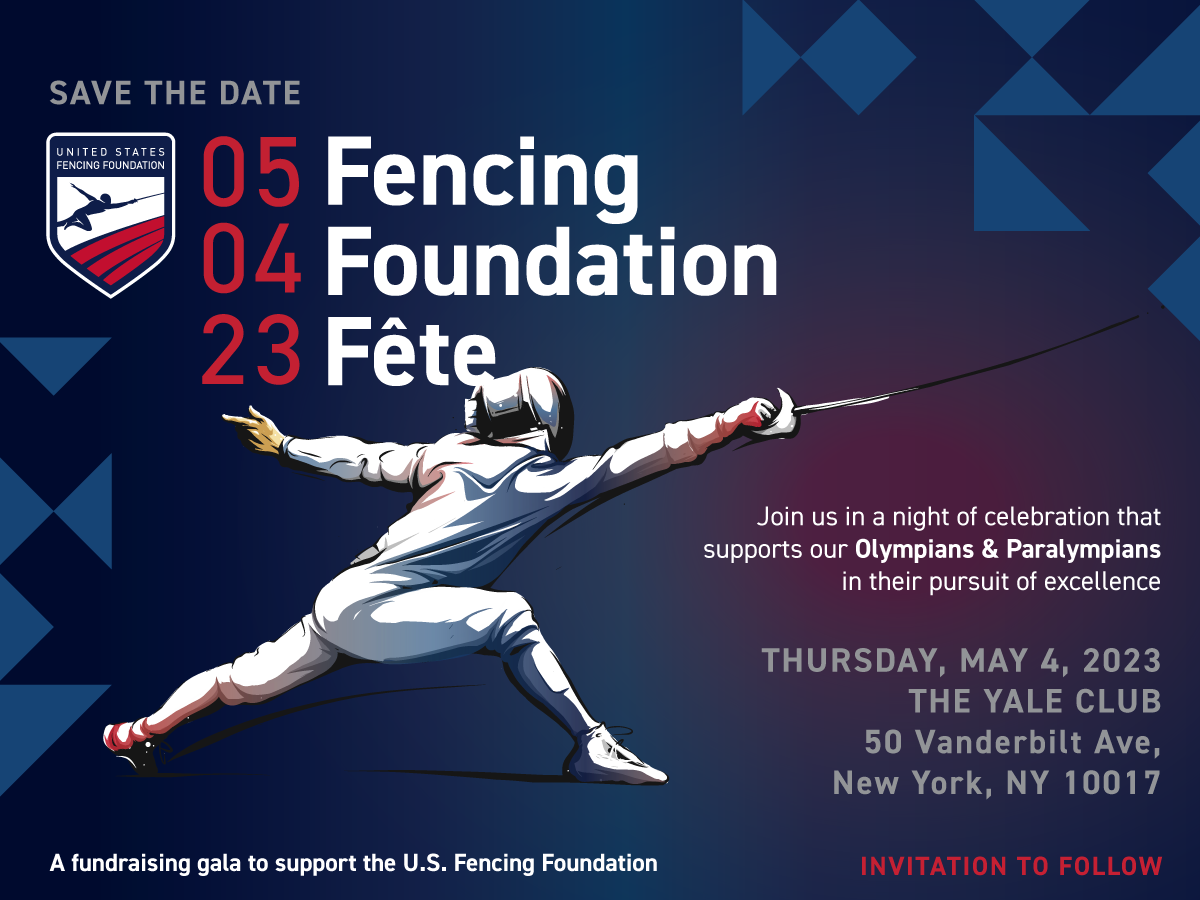 The "Fencing Foundation Fête" gala, held May 4, 2023, will celebrate a rich history of fencing in New York City, as well as a wide membership in the tri-state area.

USA Fencing CEO Phil Andrews says he's delighted at the chance to celebrate fencing with some of the sport's biggest supporters.

"I’m looking forward to being in New York City, the heart of a long tradition of great fencers and great support of USA Fencing," he says. "With the Northeast having such a strong history of generating many of our Olympians, this event promises to be a fantastic evening and the beginning of what will hopefully become a longstanding tradition.”

The event will feature a live auction and appeal, as well as a special award ceremony. The award will honor and recognize an individual in the fencing community for their philanthropic contribution, active involvement in and engagement with the sport, and the kind of admirable character for which fencers are known.

"It's open to all friends of our sport," he says. "Besides enjoying each others’ company, we aspire to raise some funds to help the next wave of Olympians and Paralympians compete aggressively in Paris ‘24 and then in L.A. '28. We invite anyone to come join the effort by attending this grand affair."

The gala will take place at the New York City Yale Club on Thursday, May 4, 2023. Tickets will be open for purchase in early February with limited seating available. To purchase a table or discuss sponsorship opportunities, please contact CEO Phil Andrews at p.andrews@usafencing.org.

We'll share more information on the event page as soon as possible.